Britten
Death in Venice, Op.88 – opera in two acts to a libretto by Myfanwy Piper based on the novella by Thomas Mann 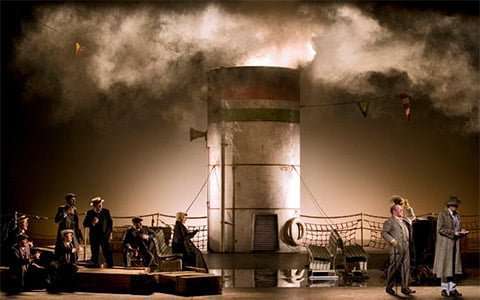 Six years on from its initial appearance, Deborah Warner’s ravishing staging of Britten’s most personal work for the theatre looks even finer than it did first time round. Since ENO first unveiled this, its first Death in Venice, the company has also gone on to produce a mighty if unorthodox Peter Grimes – scheduled to return next season – and, bruised by recent memories of a comatose Billy Budd and an aberrant A Midsummer Night’s Dream, it’s good to be reminded that at its best (such as in superseded productions of those same two works) the Coliseum once had a decent claim to be the spiritual home of operatic Britten.

In 2007 Ian Bostridge took on the central role of Thomas Mann’s tortured writer, and he did a sterling job in a role that he was (or more accurately looked) too young to play. Bostridge travelled with the production to La Monnaie in Brussels and in 2011 was due to sing his first Aschenbach at La Scala until a respiratory infection laid him low and John Graham-Hall stepped in. The rest, in its small way, is history. Graham-Hall redefined his career with the triumph, and now in a satisfying closing of the circle he has brought the opera home. 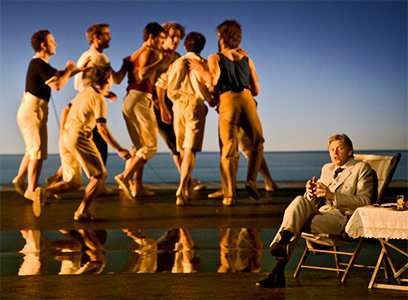 It is a performance of staggering power. The tenor once known for ingénu roles like Flute and Albert Herring presents a haggard and increasingly delusional man who is losing the battle against anno domini with failing dignity. The physical engagement with which Graham-Hall plays a character dominated by introspection is extraordinary in itself, but it is matched by the intelligence of his sung interpretation. in Aschenbach’s extended soliloquies the voice falters and breaks until, during his Socratic contemplation “Does beauty lead to wisdom, Phaedrus?”, he falls apart entirely and the only possible corollary is death.

The subtleties in Warner’s conception of the piece sit well with Graham-Hall’s interpretation and probably drove the thinking behind it. The director’s key achievement is to strip away that Brittenesque idealisation of childhood as a fragile time of corruptible innocence – the dancers in her production, far from being idealised little gods, are balanced teenagers enjoying a normal day on the Lido – and she leaves us in no doubt that the smitten Aschenbach reads meanings into Tadzio’s throwaway gestures that the young Pole never intends and would be emotionally incapable of projecting. In Warner’s hands and those of her brilliant choreographer, Kim Brandstrup, the ‘games of Apollo’ aren’t sexy Grecian antics; such a romanticised perception of a few energetic beach games is entirely Aschenbach’s. The fiction woven by this sexually repressed ‘master writer’ is an act of wish-fulfilment entrenched by pathetic asides like “so the little Polish god is proud” (when he isn’t) and “Don’t smile like that” (when he doesn’t). 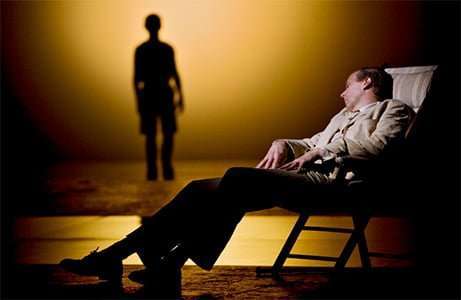 Warner’s ensemble work is an object lesson in stagecraft. One might expect a production that favours layered, two-dimensional perspectives dominated by lateral movement to lack variety or imagination, but nothing could be further from the truth. She and her peerless lighting designer, Jean Kalman, create startling images through backlighting (the glimpse of silhouetted beach games behind massing crowds is exquisitely achieved) and each of the opera’s short scenes melds into the next with blissful simplicity.

Edward Gardner conducted a lyrically flawless account of the score that confirmed its place among the composer’s three or four finest operas. Individual instruments shimmered into focus from the rich orchestral textures with the same impressionistic beauty that designer Tom Pye and video designer Finn Ross bring to their gondolas and the Venice skyline. Visual and aural worlds fused as one to create a vividly evocative canvas upon which singers and silent players alike painted striking images. Sam Zaldivar, dancing in bare feet, was a powerful if mature (and overly tall) presence as Tadzio, while the graceful elegance of his mother was superbly conveyed – with very little material to go on – by Laura Caldow.

Tim Mead’s was a fine corporeal ‘Voice’ as Aschenbach’s imagined conscience, Apollo, with a timbre redolent of the role’s originator, James Bowman (who was present in the first-night audience). As the devil on the old man’s shoulder, the ever-resourceful Andrew Shore sang and acted his seven varied roles with his customary skill and relish, albeit with a falsetto for the Elderly Fop that came and went more than he would have liked. The roguish Shore’s account may have had more of the Dapertutto than the Dionysus about it, but it worked.