Janáček
Jenůfa – Opera in three Acts to a libretto by the composer based on the play Její pastorkyňa by Gabriela Preissová [sung in an English translation by Otakar Kraus & Sir Edward Downes, with English surtitles] 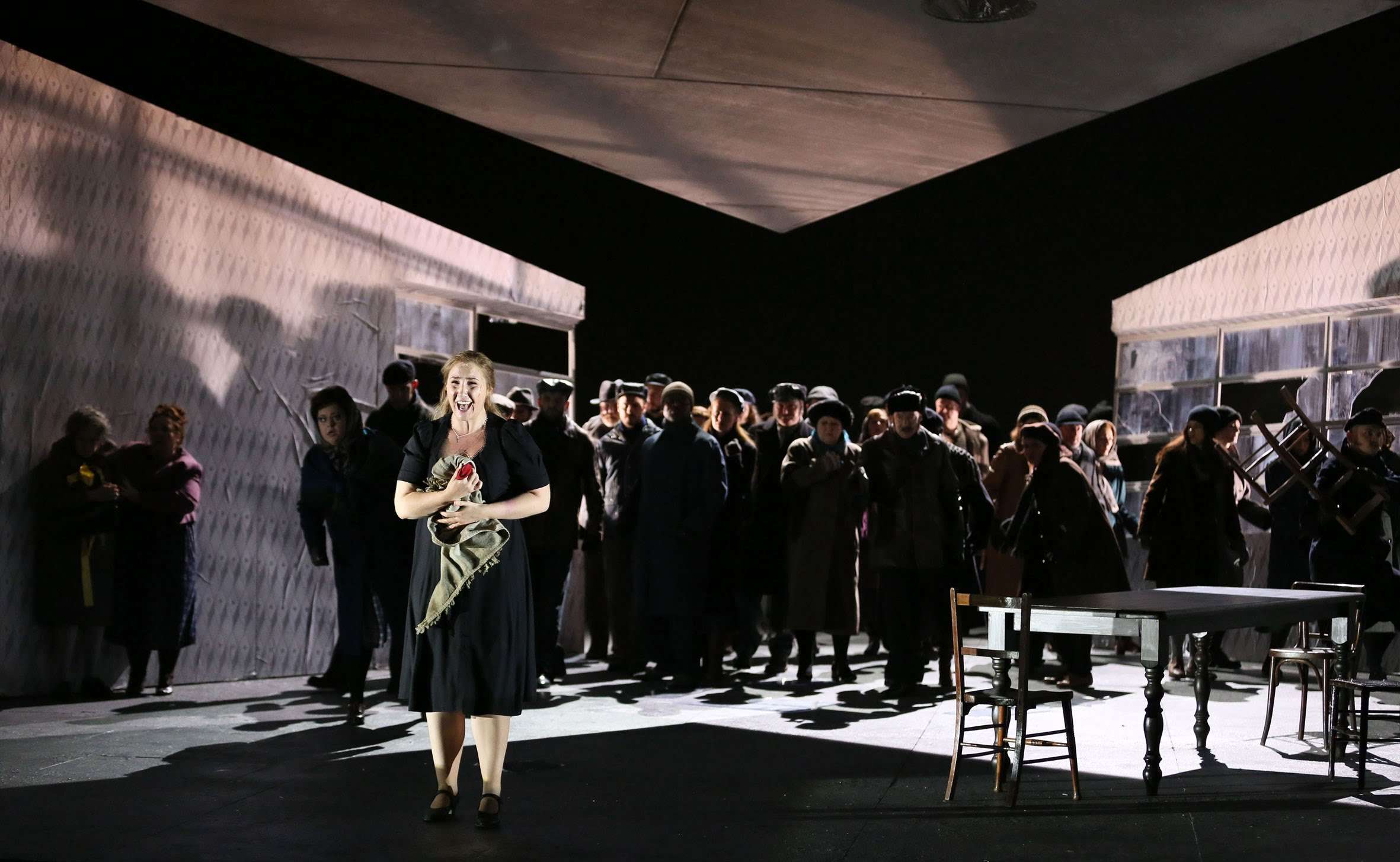 David Alden’s massive expansion of Janáček’s first operatic success Jenůfa adds no particular enlightenment, and his setting it in a clapped-out communist factory somewhere in the greyest Eastern bloc bears little relation to the confinement of the original’s remote Moravian village, where morals are closely scrutinised. Moreover, Alden’s version doesn’t explain the work-place’s private ownership, which is a crucial bit of back-story.

Yet, despite the often grotesque exaggeration of characters, an EastEnders brand of dramaturgy and the overplayed, mob-rule viciousness of the employees, Alden’s production – back at ENO for its second revival – has a remarkable coherence. It’s full of wild expressionism, stark lighting, big symbolism, looming shadows, dramatic isolation of characters on a vast stage, lots of scenery-chewing and rolling about on the floor. But Jenůfa’s dilemma – she was pregnant and abandoned by her lover, her baby drowned by her stepmother – emerges in the most powerful way; and however distorted the characterisation, the cast relates strongly to this overblown staging.

Yet while the baleful web of family connections is adequately explained – the main roles are all step- this or half- that, Alden doesn’t quite justify the stepmother’s authority. She’s the Kostelnička, the village sacristan and a figure of unassailable rectitude, who feels forced to commit infanticide to protect the family name. Here though – and it’s not the fault of the singer – she initially seems oddly anonymous and disengaged. Set against that is the story’s strong religious thread, which, by the end, casts Jenůfa as the Kostelnička’s redemption and her dead child as the sacrifice, the Christian analogy well-drawn by Alden and the power of Janáček’s music making it all believable. 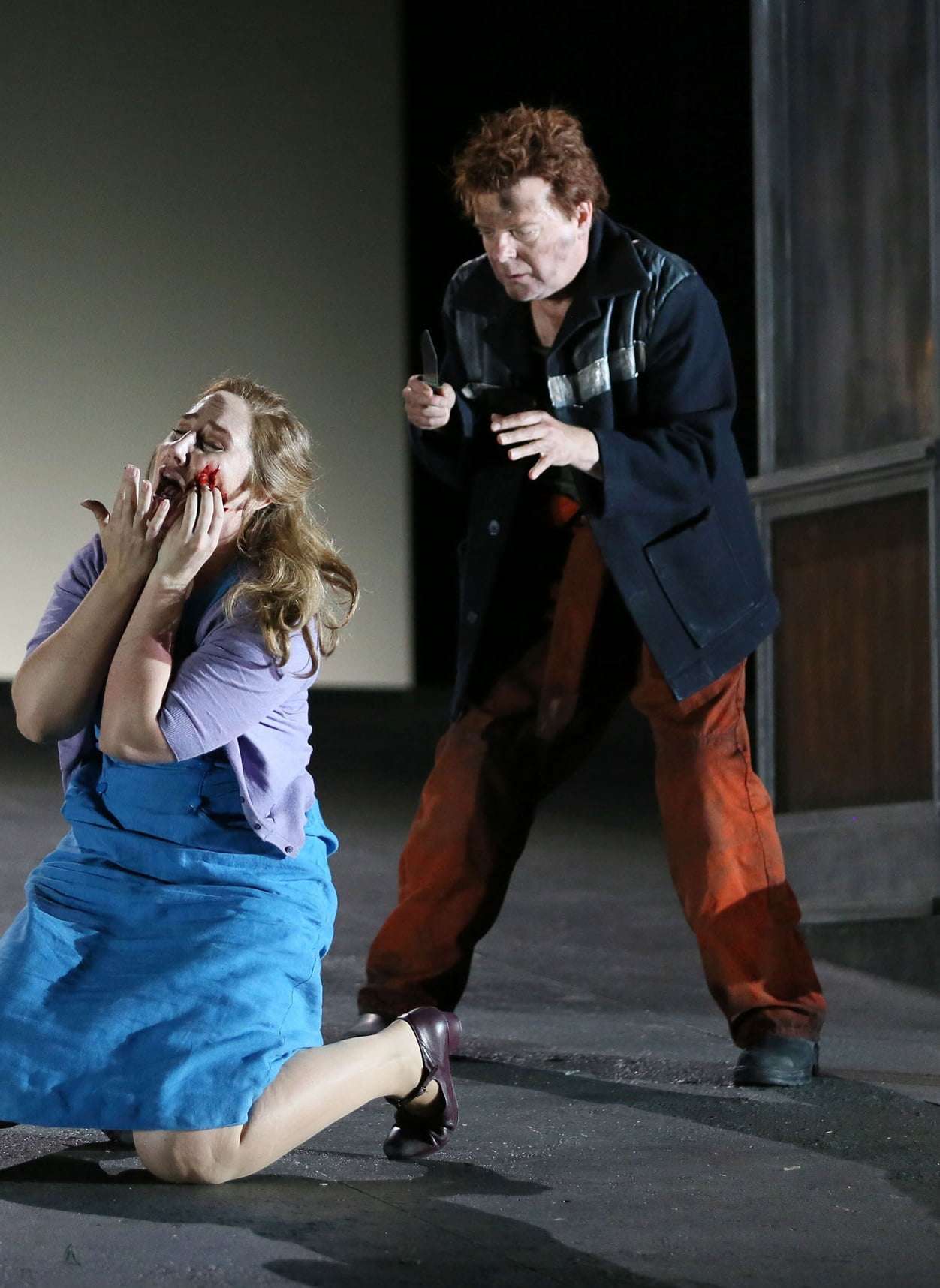 The other factor that succeeds, at times brilliantly, in Alden’s favour is Mark Wigglesworth’s tailoring of the score to suit the size of the production. His overall view is slightly more spacious that you’d expect but still has that characteristic Janáček twang and astringency yielding to passages of equally typical, heart-stopping tenderness. Despite a few ensemble wobbles, Wigglesworth supported the English translation so that it sounded as fluent as the Czech the composer set.

Continuing its support for American singers, ENO has again cast Michaela Martens, as the Kostelnička, and she is unsparing, although she doesn’t eclipse memories of Eva Randova, Anja Silja or Pauline Tinsley. Martens is appallingly realistic in her abasement before the ghastly, feckless Steva, to get him to do the right thing for Jenůfa and their child, she brings Act Two to a jaw-dropping, ferocious close, and she floods Jenůfa’s act of forgiveness with a desperate blend of vocal glow and darkness, and fills the Coliseum.

Laura Wilde, the other American import, has, so far as I can discover, not sung Jenůfa in full before, and she had a triumphant debut. She carried of the factors that make the role special – warmth, imagination, depth of character, and reserve. She is just as adept in dealing with the drunken Steva as she is in her prayer to the Virgin Mary, and her presence and radiant singing come together in an intimate, searing, vulnerable-but-strong portrait. 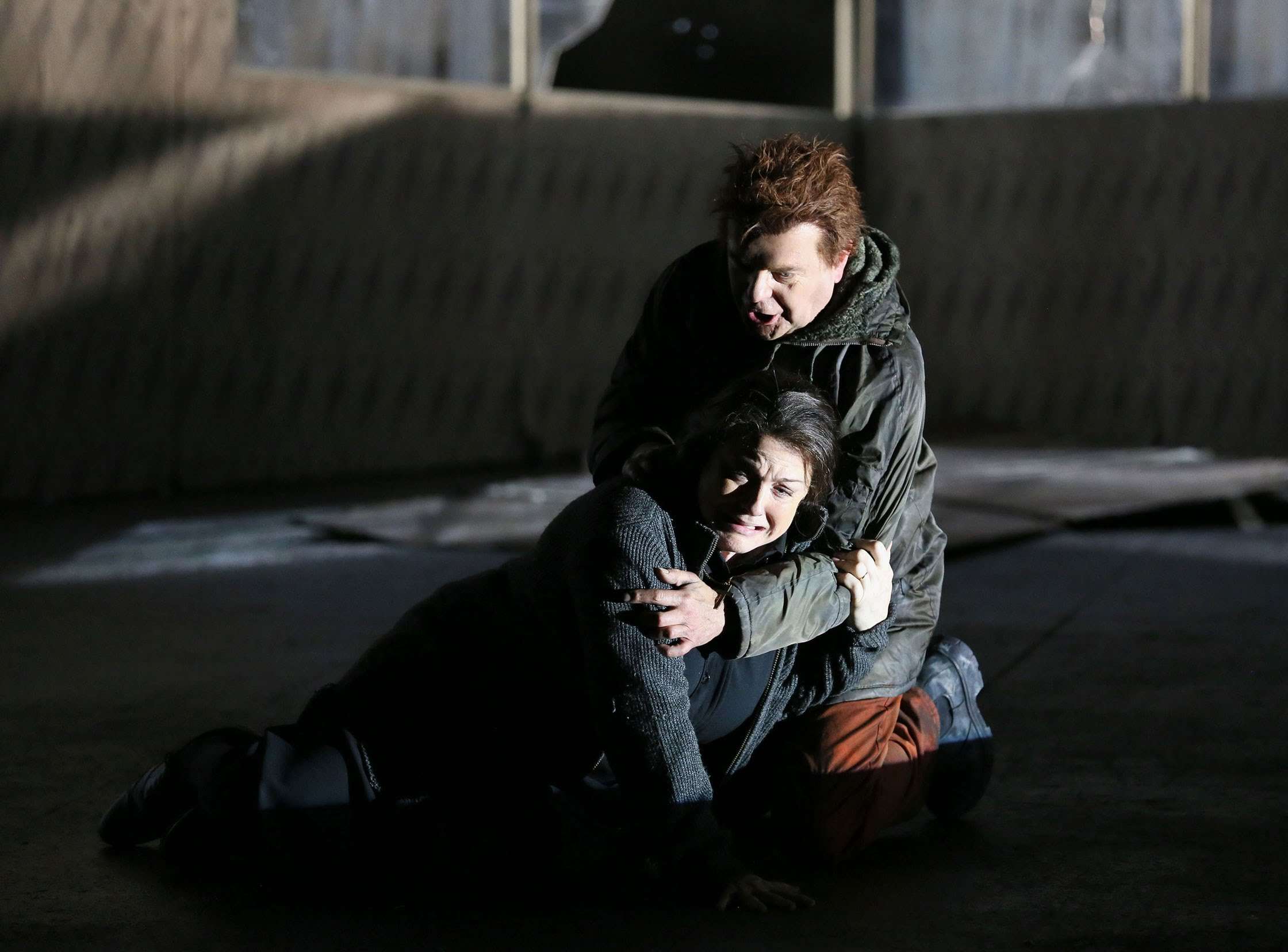 The two men in her life, half-brothers Steva and Laca, are cast as the sort of people anyone would cross the road to avoid – Steva a small-town, God’s-gift Lothario and Laca almost certifiable in his jealous love for Jenůfa, whose cheek he cuts open in an act of rage.Both were repellent but convincing, both growing into their roles in their Act Two encounters with the Kostelnička. Peter Hoare was in heroic voice as Laca, and he scrubbed up well for his wedding. You wonder why Jenůfa had anything to do with Nicky Spence’s vile Steva – it must have been his brilliantly judged singing and his sympathy with Janáček’s brand of music-theatre.

There is a strong roster of supporting roles, all of which Alden folds-in with great results – Graeme Danby’s lecherous Foreman and later, in the excellently staged wedding scene, as a Captain Mainwaring-type Mayor. Valerie Reid played a vital role as Grandmother Buryja, a job’s-worth apparatchik in Act One and, by the end, a bewildered old lady. The Chorus was up for anything Alden required, and sang superbly. In the end resistance is futile. And who says that Janáček isn’t at the top end of opera accessibility?