Weinberg
The Passenger – Opera in two Acts and an Epilogue to a libretto by Alexander Medvedev after the novel by Zofia Posmysz [UK premiere; sung in an English translation by David Pountney with English surtitles] 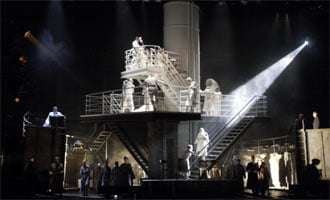 In the fifteen years since his death, Mieczysław Weinberg has emerged among the most significant composers of orchestral and chamber music from the latter twentieth-century. Operas are of hardly lesser importance in his output, but their inaccessibility in the West until recently prevented a real appreciation of their worth. Things began to change in the UK with the world premiere of Lady Magnesia in Liverpool two years ago, while this year has already seen the staging of his penultimate opera, The Portrait, by Opera North. Both this and the present productions hail from the Bregenz Festival in 2010, where some two dozen of Weinberg’s works were heard in the most ambitious retrospective so far. The Passenger formed its centrepiece in all respects, a major act of restitution for a piece by which its composer set great store but which he was never to hear performed. 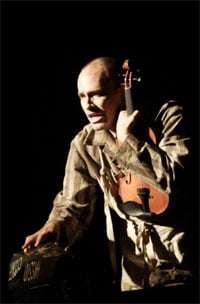 Not the least notable aspect of David Pountney production is the involvement of Zofia Posmysz, survivor of Auschwitz and author of the eponymous novel from which Weinberg and librettist Alexander Medvedev derived their opera. Composed during 1967-68, it was acclaimed in artistic circles – not least by Shostakovich – yet passed over by those in authority for whom any cultural undertaking related to ‘the Jewish question’ was at best an embarrassment and at worst a provocation. Not until December 2006 (over a decade after Weinberg’s death) did a concert performance take place in Moscow, to be followed some four years later by the Bregenz staging. What emerged then was a stage-work which, while treating an ostensibly intractable subject in the most potent though unprejudiced of terms, reconciles facets of traditional and ‘contemporary’ opera more resourcefully and imaginatively than any other of its time. An opera, moreover, that has had few demonstrable successors. 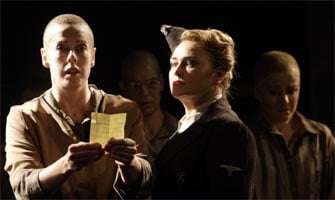 This is because of Weinberg’s innately flexible idiom: one in which the music of his peers (Shostakovich and Britten have been cited, though the influence of the former is as much that of his earliest as of his later works, while that of the latter is one of stylistic means towards aesthetic ends) have been deftly subsumed within a context in which folk and serial elements are also deployed with comparable subtlety. By the same token, set-pieces underpin the climactic stages with no impeding of dramatic cohesion over two acts that are unfailingly well balanced in form and expression. Weinberg established his musical identity in numerous pieces from his most productive years of the 1960s and 1970s, yet the all-round synthesis represented by The Passenger is one that he most likely felt could not be surpassed – hence its importance on a creative as well as personal level. As to the subject-matter, the composer often stated that his output was directed towards repaying the debt he owed to those (not least his parents and sister) who had not survived the Holocaust, yet this opera remains a wholly objectified statement and one whose identity with its protagonists is as heartfelt as it is considered. Indeed, its overriding humanity seems the greater for its refusal to entertain questions of racial ‘authenticity’.

Perhaps, too, such considerations influenced the thinking behind this production, which works to the benefit of the opera in almost all respects. David Pountney could rarely, if ever, be accused of half-measures, yet here he resists the temptation to overload the narrative with specious meanings (such as marred his treatment of The Portrait) in favour of a rounded yet immediate conception – a stage design pivoting between ocean liner and concentration camp with seamless poise – redolent of the Janáček productions that made his name three decades ago. A conception, moreover, enhanced by Johan Engels’s stylish and evocative sets, Marie-Jeanne Lecca’s costumes which underline the emotional gulf between the ‘light’ unreality of the present and the ‘dark’ nightmare of the past, and Fabrice Kebour’s lighting that itself points up such contrasts between the pristine and corrupt. As an integrated concept placed at the service of the drama, this will be hard to equal. 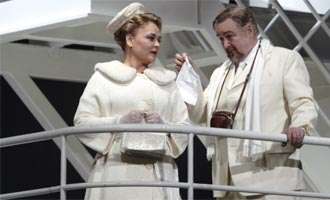 The cast is a strong one. Michelle Breedt conveyed the vulnerability and inconsistency at the centre of Lisa’s guilt, while Kim Begley overcame a certain grittiness of timbre to project the vacillation and the self-centredness of Walter when confronted by his wife’s SS collusion. The Auschwitz inmates all made the most of their diverse roles (with no risk of vocal uniformity) – notably Julia Sporsén’s plangent Katya, Rebecca de Pont Davies’s imploring Bronka, Rhian Lois’s poignant Ivette and Helen Field’s crazed Old Women – while the Nazi cameos were as boorish as they are unyielding. Leigh Melrose was a mellifluous and humane Tadeusz, absent as such in his character’s climactic appearance when the playing of J. S. Bach’s Chaconne (from the D minor violin Partita, here rendered a little stiffly by Gonzalo Acosta) to a first bemused then angered group of Nazi officials, and rising in an inexorable curve of intensity from solo violin to unison strings, makes an electrifying coup de théâtre.

Without banishing memories of Elena Kelessidi in the Bregenz production, Giselle Allen yet gave an eloquent portrayal of Marta in all of her defiance and anger; while rising to the challenge of her ecstatic pledge in the Epilogue to keep alive the memory of those who perished. The ENO Chorus acquitted itself ably in scenes that are defined by its detached though baleful presence, while Richard Armstrong secured a committed and idiomatic response from the ENO Orchestra – pacing earlier scenes superbly if without quite summoning the ultimate emotional impact towards the close: something that will doubtless be rectified in later performances.

It all makes for a production that largely does justice to one of the most important among ENO’s recent premieres and which goes much of the way towards establishing The Passenger within the modern repertoire. Gratifying, too, that Zofia Posmysz (now nearly 90) was present – seemingly unfazed by the standing ovation that met her appearance during final applause. Hopefully this will be only the first UK staging of an opera whose time has now come.