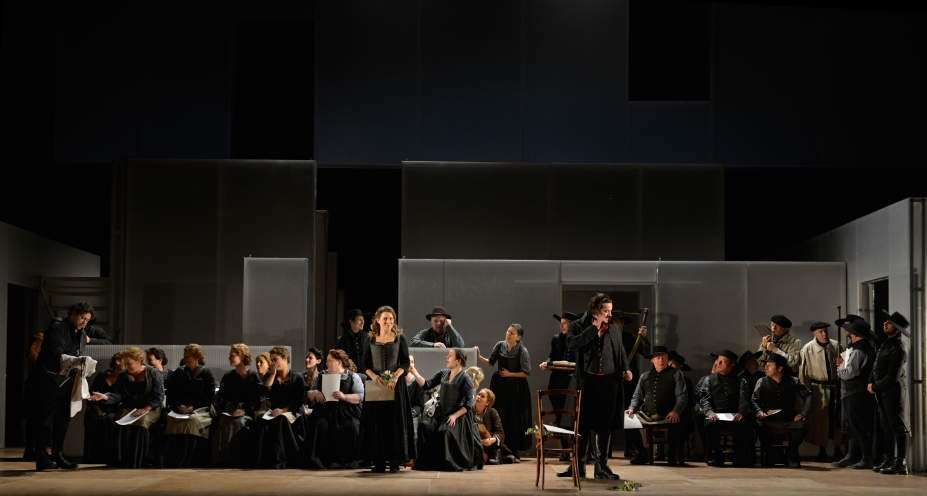 Brahms’s view of The Marriage of Figaro – “… so perfect; nothing like it was ever done again, not even by Beethoven” – perforce means that it is a very challenging work to present in a way that ideally balances the serious and comedic elements of Mozart’s somewhat disingenuously entitled “opera buffa”.

The problem with this production is that Fiona Shaw has decided to place as much, if not more, emphasis on the buffa element, rather than on the more serious themes of conflict between the classes and the sexes, two of the opera’s chief preoccupations.

Even before the music commences, Figaro is observed chasing a buzzing insect that finally settles inside a harpsichord – not unamusing in its way. There is a different note of levity (physical) during the Overture itself, those delicious few minutes that need no sort of visual illustration. So much stage-business is evident that the mind cannot but be distracted, and the thrilling sense of anticipation that the music is capable of engendering is absurdly compromised. And the sight of a couple of servants (numerous extras abound!) pointlessly throwing a pile of chairs to one another, to and fro, is nothing less than daft. 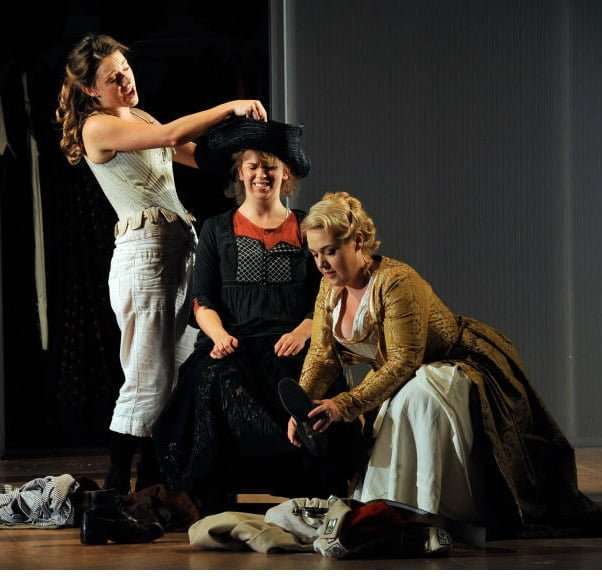 Furthermore, various important moments are comparatively ineffective: the Count’s discovery of Cherubino hiding in a trunk went for little, and likewise the latter’s escape from the Countess’s bedroom. The revelation of Figaro’s parentage was distinctly low in comedic temperature, and, especially, the Act Four exposure of the Count, and his wife’s offer of pardon – a moment of supreme emotion that should deeply stir the listener, but didn’t.

The sets provide unnecessary distractions, and in Act Four (again) it was impossible to imagine identities being effectively concealed. This Act can be magical, properly confusing, and infinitely affecting.

But, while there are doubts as to directorial elements, when it comes to the vocal side there was much pleasure to be had. Mary Bevan’s Susanna stole the show, her vocal and theatrical talents shining continually. Sarah-Jane Brandon’s Countess offered a vocally secure and sympathetic reading that was especially moving in ‘Porgi amor’ (Hear my prayer). Samantha Price’s Cherubino was spirited of both voice and mien, and both Marcellina – Lucy Schaufer’s a rather younger portrayal than we are used to – and Barbarina (Elly Laugharne’s ‘L’ho perduta’ beautifully done) offered very satisfying contributions. The men did equally well, vocally and dramatically – in particular David Stout’s sturdy Figaro and Benedict Nelson’s belligerent Count. All the words could be heard clearly, which is not always the case in this house.

As for the orchestral side on this second-night performance, part of the reason that the singers’ words came over so distinctly was that the sound emanating from the pit felt recessed. One suspects that if Jaime Martín had had a larger orchestra at his disposal his conducting might have made a greater impact. However, while the vitality and subtlety that this music demands orchestrally were not sufficiently in evidence, there was still much to relish vocally.