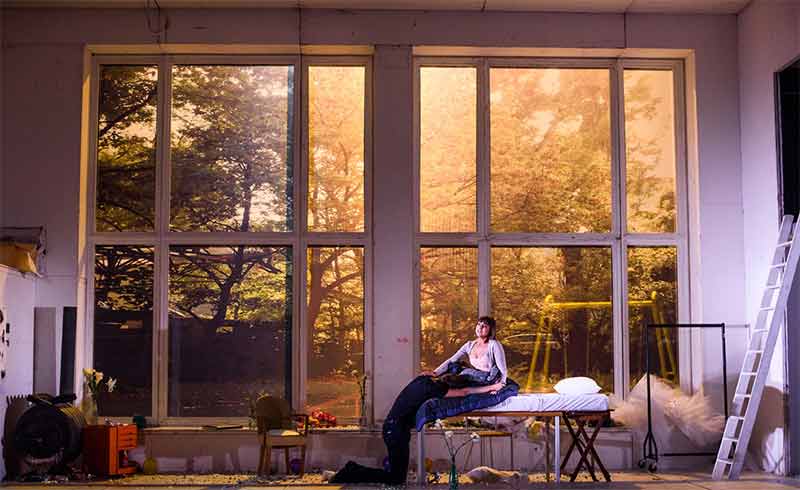 I wonder if English National Opera’s new La bohème, directed by Benedict Andrews (who has the Young Vic’s A Streetcar named Desire and The Three Sisters, as well as Caligula and The Return of Ulysses for ENO on his London CV), will outlive its predecessor from Jonathan Miller, which chalked up a mere three revivals. As is par for the course now for the many incarnations of Puccini’s indestructible tear-jerker, the Andrews co-production, which has already been seen at Dutch National Opera, is modern and rootless, generic urban rather than Parisian. And for those who find Mimì’s tubercular death a bit of a stretch for the imagination, this time it’s not realistic AIDS but realistic drugs that seal her fate.

Johannes Schütz’s set tracked forward ominously to reveal the hipster Bohemians’ studio as a super loft-style apartment, which set the tone for a massive inflation of scale over things like detail and intimacy. In this respect, the Café Momus Act went into overload mode, with bits of set laboriously trundled around the stage, a squadron of children wearing sinister masks flocking around an even more sinister toy-seller, and the modern-dress chorus creating a surreal muddle of a Christmas street-market. It was a mess. Mercifully, the stage was existentially empty except for a brazier and a slowly revolving bit of a building keeping everyone save Mimì warm in the wintry Act Three, but necessitating a disruptively long, curtain-down pause to get back to the loft (which turned out, for no good reason other than a change, to be on the ground floor). 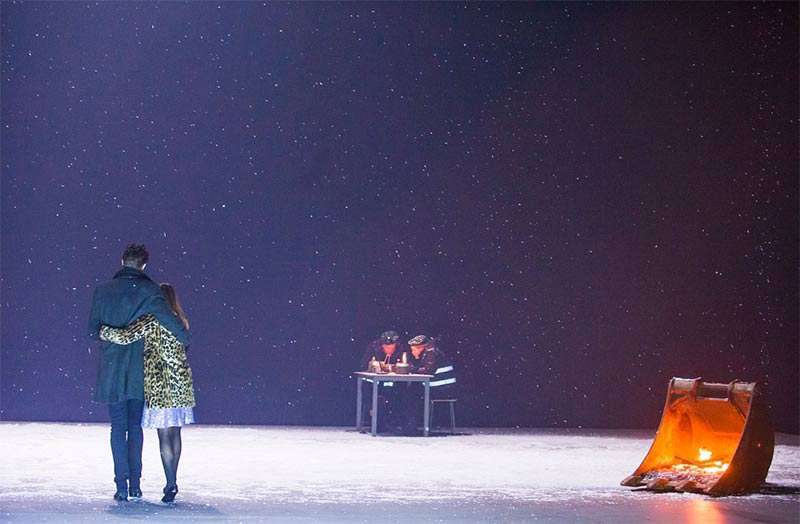 It takes more than a bit of shooting-up-drugs rigmarole to give an updating its special significance, but this is how Rodolfo and Mimì get so quickly and closely acquainted. As played by the two youthful American singers Zach Borichevsky and Corinne Winters, neither did it make them any more interesting. Both of them are good-looking and have wholesome voices, but the sight and sound of the drug-fuelled pair getting down to it on the floor for their Act One duet was the antithesis of burgeoning romance.

Winters’s Mimì, whom we first see outside the studio’s front door possibly stalking Rodolfo, was appealingly waif-like and has a polished vocal style, a substantial lower range and mostly effortless top notes, but – as was also the case with Borichevsky – she didn’t act with her voice, at least not until Puccini’s genius music-poetry fusion of Act Three, in which she and Borichevsky raised their game while, interestingly, becoming vocally more vulnerable. Borichevsky – very tall and personable in skinny black jeans and T-shirt, has a can-do tenor of lyric sweetness and not always reliable top notes – lacked the charisma to involve us, and it was largely because of Duncan Rock’s strapping, volatile, vocally large and open Marcello that the four guys made their presence felt. Rock was good at galvanising the Act Four duo with Rodolfo and excellent at shadowing the main relationship through his tortured enslavement to Rhian Lois’s Musetta. She looked the part in a stunning gold-sheath dress, although her voice was too forced-soubrettish to rule the Café Momus Act with any authority. Ashley Riches’s sonorously sung Schaunard is a Marcello in waiting, and Nicholas Masters as Colline gave an eccentrically engaging farewell to his coat. The four men’s zany larks in Act Four were central-casting style and merely revealed Andrews on directorial auto-pilot, having run out of ideas. 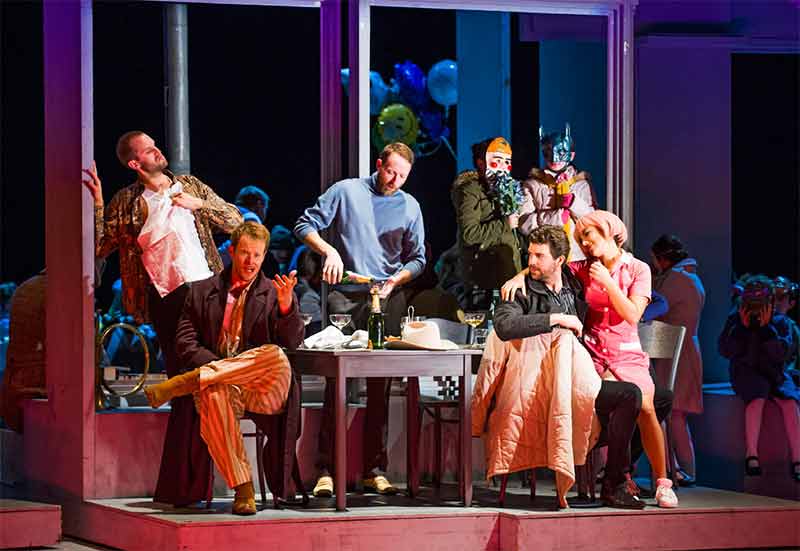 The acid test of any staging of La bohème is whether it produces a tear – I squeezed out a hint of one in Act Three, but that was it. Xian Zhang presided over a performance with lots of bright orchestral detail but it didn’t connect with the singers. There were badly-anticipated applause breaks and also an ‘I’ll-lead/you-follow’ attitude that stripped away layers of atmosphere – and that’s something Jonathan Miller’s ‘disappeared’ production had in spades, along with charm. Perhaps this Andrews-directed dud was the ‘Revenge of John Berry’, and what a sad turn up for the books for this beleaguered company.