Strauss
Salome – Opera in one Act to a libretto by the composer based on Hedwig Lachmann’s German translation of the French play Salomé by Oscar Wilde [sung in an English translation by Tom Hammond, with English surtitles] 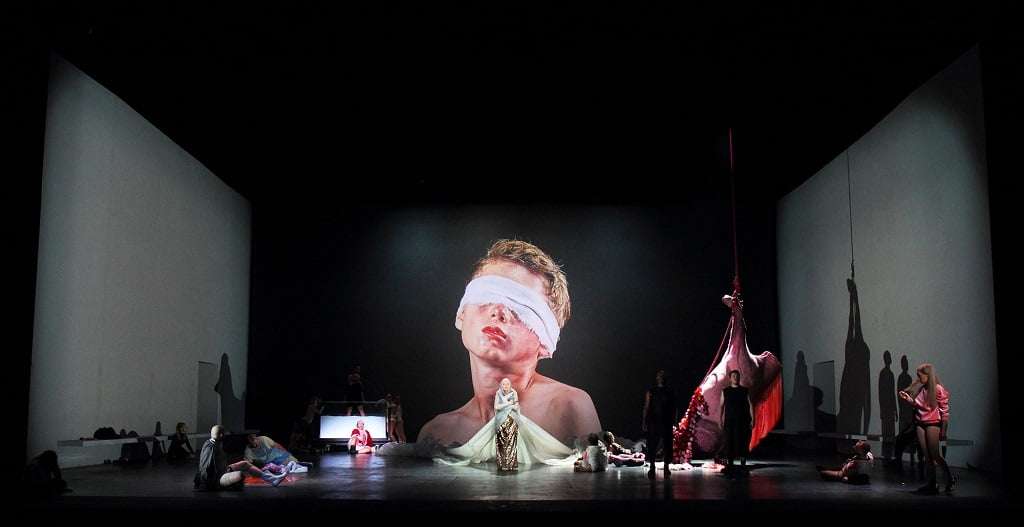 We were promised a bold, feminist take on Richard Strauss’s and Oscar Wilde’s Salome in English National Opera’s season-launching new production from the Australian director Adena Jacobs, as though this celebration of teenage depravity hasn’t been some sort of exploration of abuse and revenge since its scandalous Dresden premiere more than a century ago. What we get, though, is big on gesture but short on enlightenment, a head-scratching muddle that toys with the endless permutations of Salome’s corrupt and aggressive sexuality, expressed through sadistic, life-denying narcissism and an obsession with the one thing – the ‘thing’ being John the Baptist – she must have at all costs. I suppose Jacobs presents her Salome as a victim – you don’t have to have sharply tuned feminist sympathies to identify with that – but her approach and Marg Horwell’s designs are heavy-handed rather than bold. In the end you lose patience with this perfect storm of self-absorption as Jacobs, like Herod’s soldiers, crushes the life out of her. 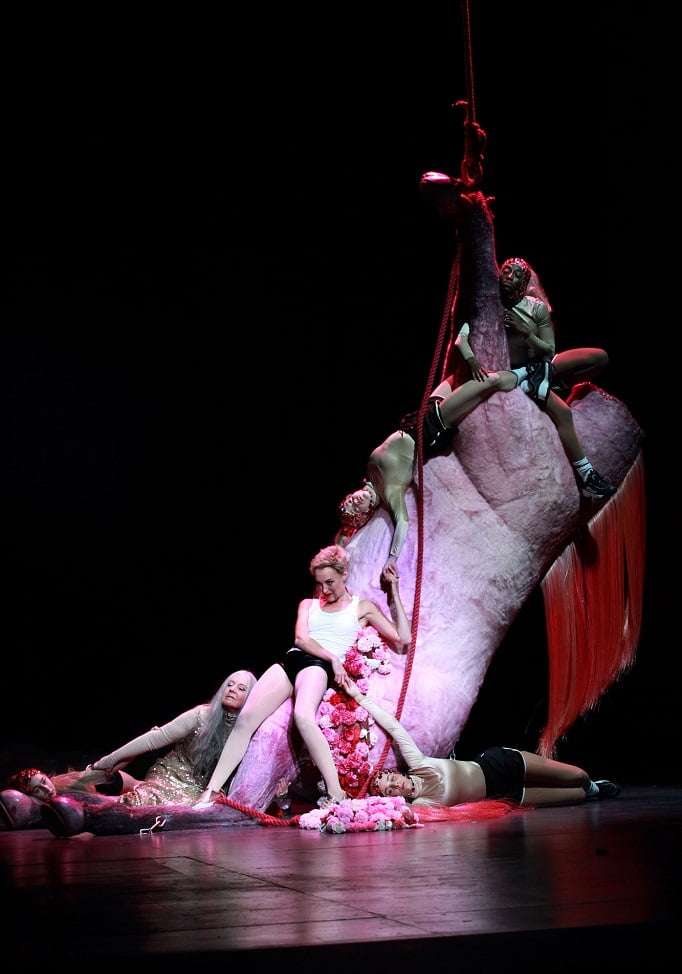 For those driven to distraction by directors who pointlessly keep you guessing, this is quite a show. I eventually decided that the first scene, set in eye-straining darkness, is the entrance to a sleazy strip-joint where Herod holds court and where Jokanaan, for some reason, is held prisoner. High up is an illuminated tank of water (a stand-in for the moon?) with someone nude and female splashing about. As Narraboth goes into love-sick overdrive over his beautiful princess, you wonder to whom he was singing as Salome materialises out of nowhere, shrouded in chic black, among the throng of bouncers, soldiers and Jews outside the club. Then, what to make of Jokanaan whom we first see in grubby underpants, sporting red high heels? And who, through a video contraption round his neck, films his lips so that Salome has something to get graphically, self-pleasuringly worked up about? Or Herod in a baby-doll Father Christmas outfit? The nearest Salome gets to contact with Jokanaan is through the selfie-film of his mouth and dental-work. After their encounter, the back of the stage is dominated by a blown-up photograph of a blind-folded, epicene youth, which is what Salome wanted Jokanaan to be.

ENO’s publicity image for this staging is a lurid, pink My Little Pony in meltdown, and this symbol of arrested, fetishised girlhood is used on a much larger scale as an eviscerated carcass strung up minus, with bludgeoning significance, its head. The infamous ‘Dance of the Seven Veils’ has Salome, all pouting attitude and passive aggression, bumping and grinding with the graphic help of a pole-dancing starter kit, a quartet of dancers in low-rent erotic gear further titivating Herod with some stompingly ugly choreography. Yet, however much the design strains to keep up, the look of the production wallows unconfidently on the Coliseum stage and estranges this dysfunctional crew even further. As for the fatal kiss with Jokanaan’s head, Salome has a bit of a snog with something in a plastic bag, before putting something else in her mouth – presumably a gun, but I couldn’t be sure. 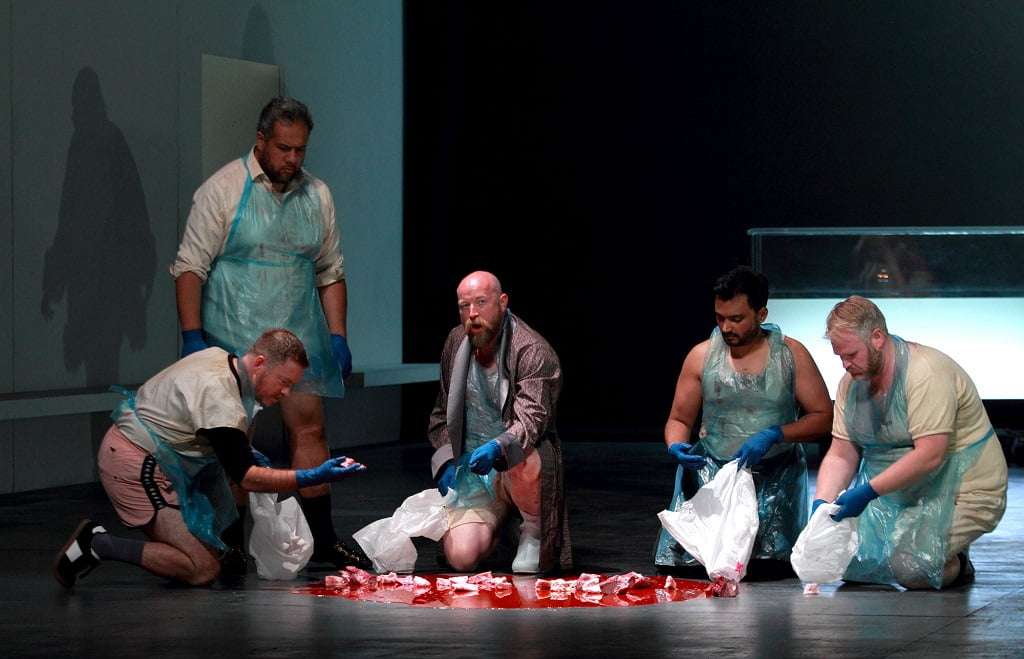 Allison Cook, looking impressively cool and gym-toned in figure-hugging, occasionally discarded, costumes, brilliantly emanates Salome’s frigid and repellent sexuality and is heroically athletic. Her vocal stamina is consistent even if her mezzo doesn’t always gleam in the Straussian heights, and the voice itself is not huge. David Soar doesn’t have the sepulchral, rock-solid resonance for Jokanaan’s off-stage denouncements of Herod and his ghastly family, but is much more effective in his scene with Salome. Vocally, Michael Colvin is a stylish Herod and shoulders the direction convincingly. Susan Bickley is a raddled Herodias from central casting, but has an interesting part to play in her daughter’s demise. Stuart Jackson’s Narraboth is a touching, beautifully sung pleasure, but in the scattergun perversity of the production his pathetic love for Salome doesn’t remotely register her in a slightly warmer light. The aftermath of Narraboth’s suicide is a repulsive example of more directorial overload.

I cannot remember when I last saw the ENO pit so full, and Martyn Brabbins does a great job keeping in close contact with the singers, rarely letting the orchestra overwhelm them. It’s on the restrained side, but you get the full measure of the late-romantic complexities of Strauss’s score, played with considerable panache.