Shostakovich
Lady Macbeth of Mtsensk – Opera in four Acts to a libretto by the composer & Alexander Preis after a short story by Nikolai Leskov [sung in the English translation by David Pountney, with English surtitles] 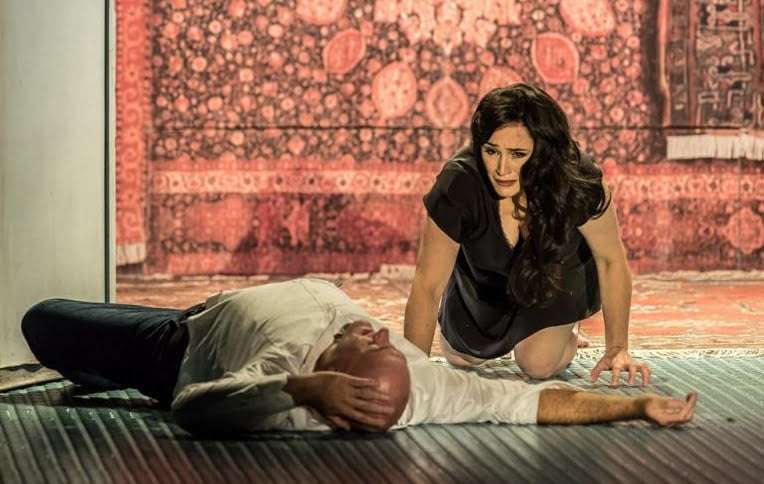 ENO’s new music director Mark Wigglesworth has conjured a triumph in the company’s staging of Shostakovich’s extreme opera, replacing its flamboyant predecessor from David Pountney. Every time Lady Macbeth of Mtsensk raises her head above the parapet, you mourn the fact that, thanks to Stalin, the composer was understandably wary to develop his potential as a man of the theatre. His opera shocker, about the bored, provincial young wife who murders and sleeps her way to annihilation, is one of the touchstone works of the last century, with big music to match its big ideas.

In his season-opening production (a version of which was first seen in 2008 in Düsseldorf), the Russian director Dmitri Tcherniakov has overreached himself in his attempt to lasso together as many themes the opera offers as he can, to the extent that he gets in the way. Katarina, bored, miserable and frustrated, is presented as belonging to the turn-of-the-century traditional Russian bourgeoisie, set down within the completely modern factory, complete with computers and fork-lift trucks, that pays for her life of luxury, signified by the oriental rugs lining every surface of her chamber. Tcherniakov attempts to cover all the bases of political satire, female oppression and social menace that apply to Russia from the Revolution to Putin, but the characters, so brilliantly realised in the music, don’t exactly thrive in his staging. 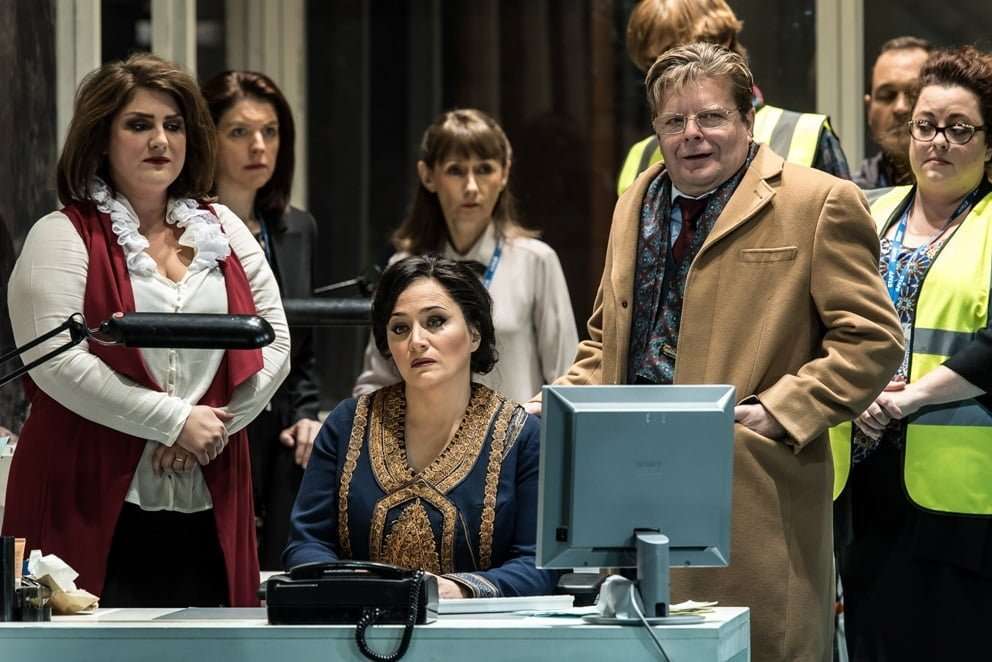 There are also things that either don’t work or seem merely willful, such as the lame mime scenes (mostly between Katerina and her murderous, opportunistic lover Sergei, with nudity and sex on tap) during the five orchestral interludes, which, as in Pelléas et Mélisande, Wozzeck and Peter Grimes, are so vital to the drama that they need no additional special pleading. I didn’t get how the corpse of Katerina’s husband was discovered, and the Act Three wedding party was a visual muddle.

The bigger disappointment, though, was Tcherniakov’s staging of the last Act, which denies us Katarina and Sergei on the bleak march to Siberia after she confesses to the murder of her husband. His more literal version of their downfall, Katerina’s murder of Sergei’s new squeeze Sonyetka and her own death were a big anti-climax, wasting Matthew Best’s Old Convict’s lament backed up by the chorus of Russia’s dispossessed, both heard but not seen, and made nonsense of much of the libretto’s detail.

Tcherniakov also made his ‘heroine’ more acquiescent victim than defiantly amoral she-devil, with the result that her murdering her father-in-law Boris and husband Zinovy lost their chillingly farcical aspect – something that Richard Jones’s Royal Opera production played up for all it’s worth – and, importantly, she didn’t quite muster the sympathy Shostakovich felt for her.

Patricia Racette had the requisite vocal steel and power for the role, showed a beguiling muted tenderness as she yielded to Sergei and occasionally gave you a frisson of her recklessness, but feral abandon was in short supply. Her nemesis, the feckless, manipulative, womanising lump Sergei, was strongly sung by John Daszak, and would have been perfect had he been more of an animal. Robert Hayward as Boris, the vile father-in-law, was played with repellent cynicism and not-quite Russian vocal blackness. Peter Hoare was excellent in the smaller role of the weak, whining Zinovy, and there were some strongly cast cameos, from Matthew Best as the Old Convict, Adrian Thompson as the Shabby Peasant who discovers the murder, Per Bach Nissen in superb voice as the grotesque and corrupt Chief of Police, an equally vivid Pussy Riot-style Sonyetka from Clare Presland and a strongly sung Aksinya from Rosie Aldridge, whose rape in Act One set the whole ghastly train of events in motion.

Mark Wigglesworth and the ENO Orchestra and Chorus clinched the evening. Wigglesworth released a torrent of orchestral character and detail and, with brass bands filling the boxes either side of the stage, the volume at times was deafening and suitably terrifying. He’s well known as a Shostakovich conductor and he surpassed himself here, as did the Chorus.