Verdi
Aida – Opera in four Acts to a libretto by Antonio Ghislanzoni after a scenario by Egyptologist Auguste Mariette [sung in English, with English surtitles] 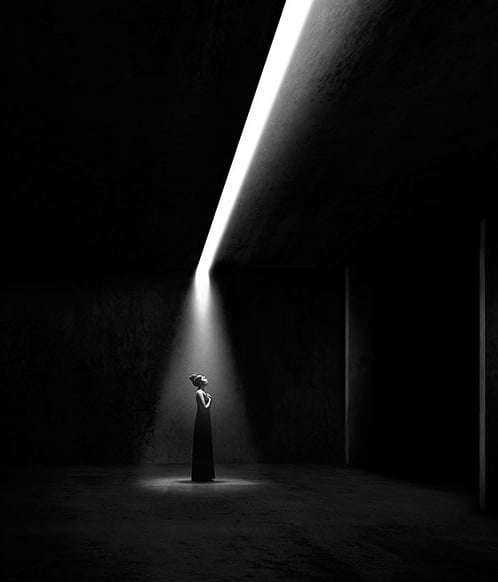 Musically, English National Opera’s season-launching Aida is often inspired. It is, though, a difficult enough work to mount without imposing a staging, by Phelim McDermott, that manages to be both hectic and static. The director of ENO’s Satyagraha and Akhnaten is no stranger to spectacle, but things do not gel in this production. It’s been described as a re-interpretation. It isn’t – it may exaggerate its nominal setting of ancient and perhaps modern Egypt as a North Korean-style enclosed society, suffocated by cult worship and military control, but that hardly amounts to a new slant on Verdi’s doomed, awkwardly shaped love-story between heroic Radamès and the captive Ethiopian princess Aida, both of them coming to grief at the hands of the thwarted Amneris, the Pharaoh’s daughter who is also in love with Radamès.

Tom Pye’s monumental sets, mainly variations on an arch and two obelisks, are inscrutable and dwarf everything, providing the ideal context for the main characters to not interact. McDermott is very keen on curtain-teasing, that is opening them very slowly, and also just as keen on scenes played in front of a black drop-curtain; neither dramatically enhancing. Kevin Pollard has let his imagination roam free in the costume department, an eclectic fancy-dress selection liberated from any particular period ranging from extravagant head-dresses denoting various Ancient Egyptian deities for the temple priests and priestesses to slinky 1930s’ gowns for the chorus women and modern desert-combat uniforms for the men. Amneris is stitched into some astonishing haute couture carapaces, and in his pomp Radamès’s uniform references the Duke of Clarence, for some reason.

McDermott uses his Improbable theatre group – here ten performers listed as a “skills ensemble” called Mimbre – to add a bit of zip to the ballet and the marches, but the result is less zip and more irritation, no dance but a lot of slo-mo acrobatics, human pyramids and prodigious banner twirling (Basil Twist the silk-effects choreographer). They are all over the first half like a rash, but mercifully do not impose on Acts Three and Four. For those pinning their hopes on the March, when Radamès returns victorious to Thebes, there are no spectacular captive beasts but there are flag-draped coffins of the glorious dead, so Verdi’s triumphant music with trumpeters dressed as toy soldiers is hijacked by a funeral procession.

The salient points of plot and character just about make it through all this distraction, but it is only in the second half that emotion and drama comes truly alive. The Act Three deception of Radamès by Aida and her father King Amonasro was at full Verdian throttle, and in Act Four, the Turandot-like melting of Amneris – one of the great moments of being careful of getting what you wish for – hits the spot, as does Radamès’s and Aida’s lingering demise at the bottom of their oubliette.

Latonia Moore has form as Aida, ever since she took over the role at very short notice at the Met in 2012, and, despite whatever was going on around her in her ENO debut, her singing and acting sailed above it with grandeur, as convincing in her solos as in ensembles, with a gleaming top voice as alluring as her glorious mezzo register. Gwyn Hughes Jones is a stand-and-deliver Radamès but a great pleasure to hear – his ‘Celeste Aida’ ended with a beautiful high pianissimo – and his tenor heroics were consistently high-voltage. Michelle DeYoung’s Amneris took a while to settle in pitch and penetration, but her lustrous voice hit its stride in her Act Three showdown with Radamès. The direction overdoes her Baroque tragedy queen presence, and her vowel mangling produced some strange results – but then, she could have done anything she liked to cover up the poor translation. Musa Ngqungwana’s powerful bass delivered a looming Amonasro; the high priest Ramfis and the King of Egypt are anonymously directed but respectively well-sung by Robert Winslade Anderson (standing in for Brindley Sherratt) and Matthew Best. David Webb made the Messenger’s appearance very exciting, and Eleanor Dennis briefly had the evening to herself with her magnificently sung High Priestess.

Keri-Lynn Wilson, who was terrific conducting ENO’s La fanciulla del West, produces similarly superb results with Aida. With a sure sense of pace, she draws a lovely sheen from the strings and the woodwind-playing is very idiomatic. The erratic progress of the drama is easily compensated in the pit, and the ENO Chorus is on great form. Let’s hope the music carries this Aida through its next fifteen performances.