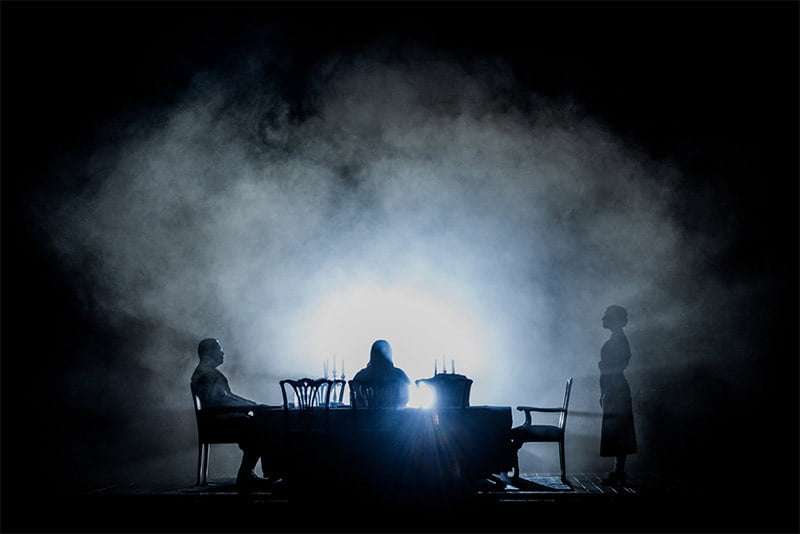 Calixto Bieito’s staging for English National Opera of Verdi’s A Masked Ball is still a high point in this maverick Spanish director’s notoriety, and breath must have been held to see what he’d do with the next opera Verdi wrote, The Force of Destiny. This new production (which goes to the Met and James Levine next year) marks the first time that Bieito has taken on this epic, sprawling masterpiece, and the result is sharply focused and unremittingly dark. It’s Verdi’s only opera to have a ‘concept’ title, and Bieito has given it a claustrophobic intensity and a Wagnerian breadth of tragedy, with three characters – Leonora, her brother Don Carlo and her lover Don Alvaro – locked into an end-game of revenge.

Bieito has set it in the Spanish Civil War, probably the most traumatic and barbaric period in that country’s history, which he learned about from his grandmother’s first-hand experience, and this era spreads its malignity over the whole staging. The updating requires no moving the action to Italy in Act Three, and the opera’s long time-span moves with a cinematic flow. Bieito also dispenses with any notion of dramatic relief, which the big scenes with the chorus and the rabble-rousing Preziosilla offer, and the witheringly un-Christian monastery scene in which Leonora seeks sanctuary involves a particularly repulsive initiation devised by Holy Mother Church. 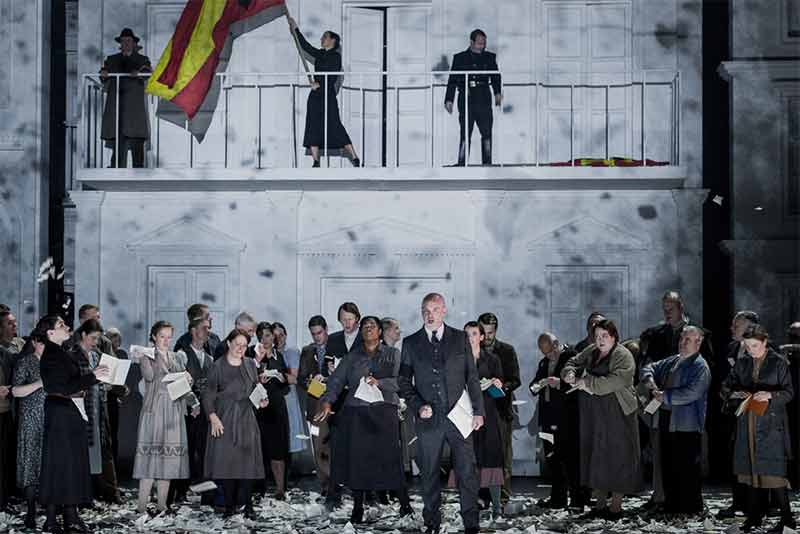 The set’s facades of imposing town-houses either form menacingly empty street scenes or tilt at alarmingly derelict angles as the war proceeds, and the brutal lighting heightens the nowhere-to-hide bleakness. Completing the bigger picture is the liberal use of fascist video projections, with some of the tortured imagery clearly referencing Picasso’s Guernica. It wouldn’t be Bieito if there wasn’t a lot of gore and violence, here given the sort of detail that is hard to follow, and therefore more of a distraction than anything else. The last scene, in which Leonora’s brother (mortally wounded by Don Alvaro) summons the strength to stab his sister to death, was a clumsy let-down, with Leonora garroting herself with a length of barbed wire.

Overall, though, the staging rightly dwarfs the three lead roles, and Bieito has complemented the ambition and unsparing gloom of the music with huge panache. Its musical strength, though, is what makes it unmissable. Tamara Wilson rose to the savage dehumanising Bieito loads onto poor Leonora, and her polished soprano was as secure in floating the soft, high notes as it was in the moments of high drama. Gwyn Hughes Jones gave an extraordinary sense of isolation to Don Alvaro’s big Act Three aria, and his strong, lyric tenor was thrilling throughout. Anthony Michaels-Moore added more black to his already ultra-dark baritone as the implacable Don Carlo. All three expressed their powerlessness with terrific pathos. 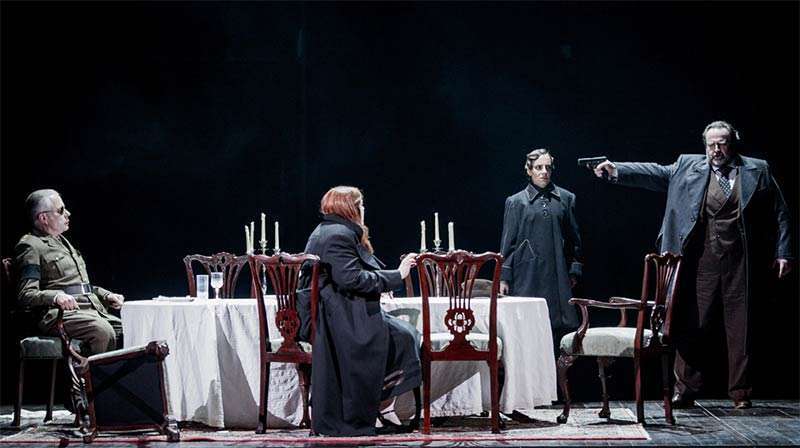 Andrew Shore was excellent as Friar Melitone, a monk overwhelmed by human failings; and James Creswell’s Father Superior – the role a prequel to the Grand Inquisitor in Verdi’s next opera, Don Carlos – was another strongly imagined and powerfully sung characterisation. Preziosilla was a profiteering opportunist rather than a morale-boosting Mother Courage, and sung with eerie lightness by Rinat Shaham.

From the moment the orchestra launched into the 1862 Prelude (which would later become the wonderful Overture), it was clear that the players and Mark Wigglesworth were in total command of the music’s scope and momentum, and Wigglesworth never let the tension slip. The Chorus was at its spellbinding best. Often thought of as Verdi’s splendid failure, Bieito and Wigglesworth ensure that this Force of Destiny is a force to be reckoned with.