Iain Bell
Jack the Ripper: The Women of Whitechapel – Opera in two Acts to a libretto by Emma Jenkins [world premiere; sung in English, with English surtitles] 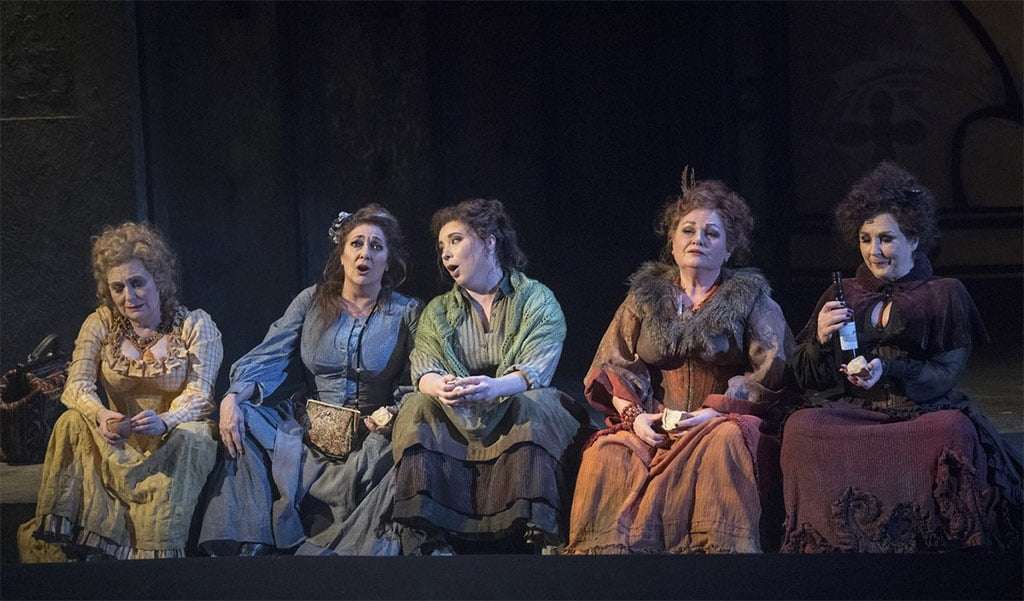 Expectations for Iain Bell’s new opera were running high, particularly after the success of In Parenthesis. The ever-intriguing subject of the Jack the Ripper serial killings of Victorian London provide the draw, but the theme is more the lives of the murderer’s victims.

The opera opens with a quiet sustained string strain from which the music evolves, and from the outset there is a notable translucency of orchestral texture, which certainly aids the singers in getting their words across with point. Deft yet restrained use of percussion and the occasional highlighting of particular instruments, such as harp and oboe, lend distinctive colour, while some of the interludes allow the brass more opportunity – notably the shift from the street to the tavern scene. The string-writing, by dint of its airiness and tonal ambiguity, brings much of the tension and the atmosphere of an ever-present but indefinable menace.

However, the score is the more remarkable for some of the great opportunities for the singers. There’s a marvellous quintet for five sopranos in the first Act, each intoning “I forgive”; its predecessors are many and the musical inspiration owes more than a nod to Britten, but it is truly memorable. It has a canonic counterpart in the second Act sung to “None but the lonely heart” that brings cohesiveness to the overall architecture. 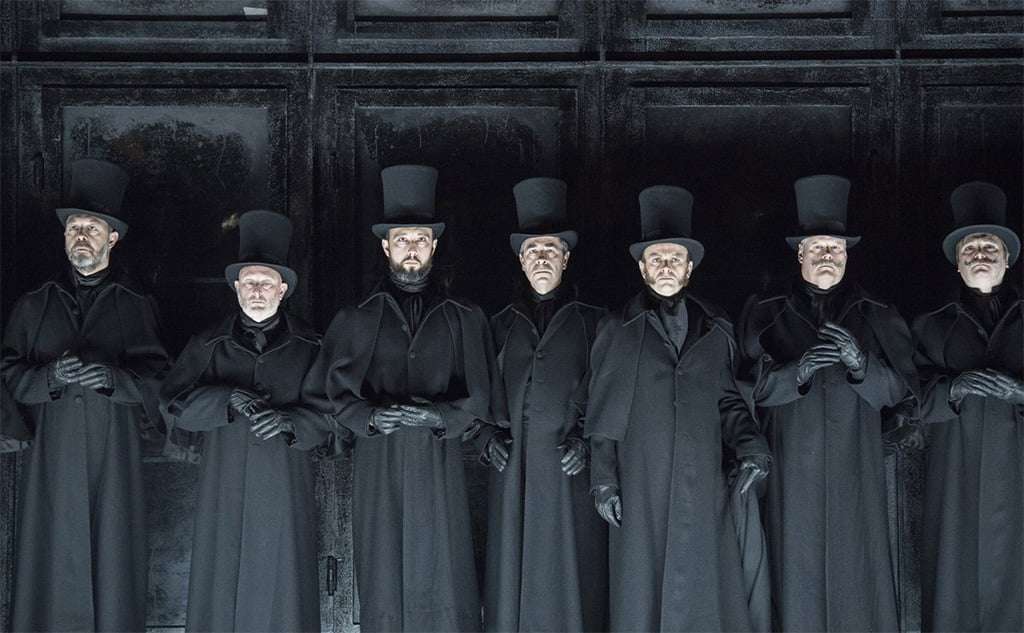 Each of the Women of Whitechapel who fall victim to the killer have their moments in the spotlight and are given ample scope to inject colour and character. ENO’s starry roster of singer-actresses give these full measure – and how! Janis Kelly’s light-fingered but sympathetic Polly Nichols is the first as the character compares her (happier?) earlier days to her present state. Susan Bullock steals the first scene of the second half with Elizabeth Stride’s initially humorous commentary on her recent assignation with a hunky fireman before embarking on a countdown ditty about six little trollops – by the time the number of living trollops has fallen by half the mood becomes all too serious. Lesley Garrett’s Catherine Eddowes has a revelatory scene where her character is modelling for the photographer and comes to realise the exciting new media has a darker side – an interesting comment on the objectification of women. Marie McLaughlin brings out the innate generosity of Annie Chapman, and Josephine Barstow remains a wonder, for she has lost none of her ability to present flawed, often unlikeable, characters vividly. Maud runs the doss house that forms the basis of the community of the women, but is not above procuring girls and women for her clients; her ethos is that life goes on this way and will not change, a self-fulfilling view. Barstow’s singing of Maud’s rather angular lines is remarkable. Natalya Romaniw, as Mary King, is perhaps the focal character for she is staunch to the community until she realises it cannot isolate itself from the forces outside – be they the murderer or the various agencies and individuals responding to events. Romaniw sings with allure and imbues the drama with sure-fire intensity.

Although the opera focusses on the female characters there are some important male roles as well. Alex Otterburn’s Squibby, a slaughterhouse worker who assists the women as best he can before he falls victim to crowd violence, is a notable performance, and James Cleverton proves an enigmatic photographer. Nicky Spence is a vividly Police Sergeant – with great diction. Alan Opie and Robert Hayward turn in brilliant cameos.

Supporting them all is Martyn Brabbins – ever-sympathetic to the singers and the excellent Chorus whilst giving the Orchestra its chances in an unassuming way. Daniel Kramer’s production in Soutra Gilmour’s claustrophobic and designs that generally confine the action to the centre and apron of the stage works very well. Particularly chilling is the louring presence of the men of the Chorus dressed as top-hatted, dark-suited, suspiciously faceless denizens. Kramer avoids formulaic depiction of the fates of the Ripper’s victims – telling was Polly Nichols’s surveying of her remaining lifetime possessions lying on the pathologist’s table.

An important addition to the operatic repertoire then.