This programme provided the perfect practical answer to the profound wrong-headedness of the recent decision by Her Britannic Majesty’s Principal Secretary of State for Education to remove the creative arts from the curriculum of children in secondary schools in England and Wales, about which Tony Faulkner writes so eloquently in the Classical Source Editorial for this month.

Whilst no-one could accuse Michael Gove – the Minister in question – of being an intellectual, one might pertinently ask when was it that a British Prime Minister last attended the Proms, or a Culture Secretary a chamber-music concert at Wigmore Hall? Answers, please – the prize being a year’s free subscription to Musical Opinion (of which your correspondent – who knows the answers – is editor and publisher).

Had Mr Gove or any other of his yea-saying acolytes attended this concert, his no-brainer of a decision would have been rescinded at once, for with the English Schools Orchestra (which receives no public funding) putting on a programme to mark the Queen’s Diamond Jubilee, the standard of musical achievement attained by secondary school students at this concert was quite astonishing.

William Walton’s Orb and Sceptre (for the 1953 Coronation) was a suitable opening (after the National Anthem), but although the main tempo was on the fast side (as an ex-military man, I would have found it difficult to march at this speed, which was more Boult than Walton himself, the myriad details of the orchestration being somewhat skated over), the trio was beautifully paced and, all in all, a very good starter to this concert. 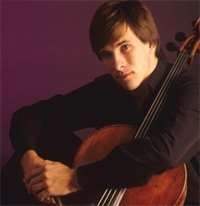 Guy Johnston was the admirable soloist in the very rarely heard Cello Concerto (1945) by E. J. Moeran (1894-1950), which he wrote for his wife Peers Coetmore, almost a forgotten masterpiece, even if the problems posed by the extended finale were not entirely solved on this occasion. But this performance that held the attention throughout – committed, dead in tune (difficult, that), and clearly given with the utmost commitment and musical belief. This fine work, with its occasional faint echoes of Sibelius, Bax, Elgar and Vaughan Williams, is a major addition to the British repertoire of such works, and could hardly have been played better by both soloist and orchestra than it was on this occasion. (Johnston has recorded the Moeran for a forthcoming Naxos release conducted by JoAnn Falletta.)

Yet the music-making so far had not prepared us for Vaughan Williams’s A London Symphony – correctly, the final 1933 edition was used – which received a performance of the highest class. Clearly, a great deal of preparation had gone into this performance, and the result would not have disgraced the best professional orchestras in London (or elsewhere, come to that). Robert Pepper’s choice of tempos was ideal, and his command of the occasionally difficult structure of the Symphony was well-nigh perfect: everything fitted in to place, with clarity, balance, all as natural as breathing – this was a performance to savour and cherish, and absolutely no concessions needed to be made on the part of the youthfulness of the musicians. One could forgive the composer’s wholesale cribbing from Delius’s Paris, so wonderfully natural did the entire score unfold.

Man does not live by bread alone. As Lorenzo says in The Merchant of Venice: “The man that hath no music in himself, / Nor is not mov’d with concord of sweet sounds, / Is fit for treasons, stratagems, and spoils. / Let no such man be trusted.” Surely, Mr Gove, this does not apply to you?