In his final essay (1999), on discussing pluralism, the great Russian-born, British-nationalised philosopher Sir Isaiah Berlin said he had come “to the conclusion that there is a plurality of ideals, as there is a plurality of cultures and of temperaments. I am not a relativist; I do not say I like my coffee with milk and you like it without; I am in favour of kindness and you prefer concentration camps each of us with his own values, which cannot be overcome or integrated. This I believe to be false. But I do believe that there is a plurality of values which men can and do seek, and that these values differ… I think these values are objective – that is to say, their nature, the pursuit of them, is part of what it is to be a human being, and this is an objective given. The fact that men are men and women are women and not dogs or cats or tables or chairs is an objective fact; and part of this objective fact is that there are certain values, and only those values, which men, while remaining men, can pursue. If I am a man or a woman with sufficient imagination (and this I do need), I can enter into a value system which is not my own, but which is nevertheless something I can conceive of men pursuing while remaining human, while remaining creatures with whom I can communicate, with whom I have some common values – for all human beings must have some common values or they cease to be human, and also some different values else they cease to differ, as in fact they do.” 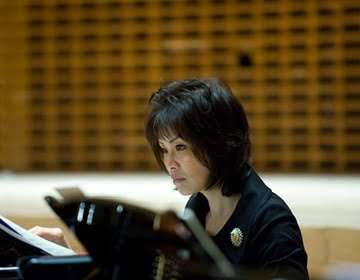 Feminists today, in the wake of the supposed centenary of the Suffragette movement, and those in our society’s seemingly obsessed (via twenty-four-hour rolling news) with individual ‘rights’, may very well disagree with Berlin, but at heart he was surely right. The field of classical music composition has, until very recently, overwhelmingly been the province of men – a societal bifurcation that may well have led to the smothering of musical creativity by many gifted women, to their societies and our inheritance’s loss, but as is well attested, once an entrenched value-judgement is overturned, there is an inherent danger in the pendulum of understanding swinging too far the other way. If, as Berlin stated, “all human beings must have some common values or they cease to be human, and also some different values else they cease to differ”, he was not talking about gender or sex, and if in exploring previously neglected areas of music composed by women, whether gay or straight, LGBTV or otherwise, it is the merit of the resultant composition as a work of art that should concern us, not the preferred gender or ethnicity of the composer.

The subject may give journalists and commentators something to pontificate about outside of exercising their critical faculties, yet such is the day and age in which we find ourselves that the inclusion of music by women composers in concerts is assumed to be some kind of artistic right – and, if not so included, we may expect a backlash from those obsessed with the artist, and not the art they have produced.

As always, the touchstone should be artistic merit – and nothing else. We have heard rather too many less than meritorious compositions recently simply because the composer is a woman, is black, or a youth under the age of twenty-five, and muse over the neglect of music by composers who were none of those things, but in so doing we find ourselves drawn to programmes selected and conducted by Kenneth Woods, which are invariably planned purely on artistic merit (and, we must assume, practicality of performance) and on nothing else – certainly not on gender assignment, for ninety-five-percent of the string players of the English Symphony Orchestra are women. The corporate quality of the music-making was apparent throughout.

So those who came to hear this uncommonly interesting programme in the ad-man-entitled “Venus Unwrapped” series at least had, in betting terms, a home banker or two to rely on. Intelligently planned, intriguingly varied, this was programme-planning such as many semi-officially appointed music executives would strive in vain to equal.

Bohuslav Martinů’s Partita for String Orchestra was written during his time in Paris (1931), and the influence of some of the major figures in France at that time is still traceable – Stravinsky, especially, Honegger and Ravel a shade less so – but this agreeable, unproblematic and wholly positive work retains a freshness of expression that suggested it could, without exaggeration, have been composed earlier this year – the work’s intriguing neoclassical immediacy was patent, especially in such a committed account as this.

Conductor and orchestra were joined by Noriko Ogawa for Mozart’s Piano Concerto K413. Had Mozart not gone on to develop the genre with such astonishing genius, we may think rather more of this work than we do, a comment less applicable to the first two movements, for the Finale reveals the adventurous nature of Mozart’s evolving mastery coming into its own – in this movement, he astonished his audiences (and probably himself) by the daring and wholly original nature of the music’s changes of character, mood and tempo – a procedure revisited more significantly in K482.

We were fortunate to have Ogawa as soloist, for her account was excellent throughout, especially in the composer’s first-movement cadenza, and it was interesting to hear this Concerto in Mozart’s reduced orchestration without wind instruments, although in colouration the original is preferred.

During his years in Paris, Martinů supplemented his income through teaching, and one of his pupils was Vitězslava Kaprálová (1915-1940), with whom – although he was married – he carried on an adulterous affair for some time. In musical terms, Kaprálová was certainly worth his attention, and her Partita (1939) is a work that in many ways stands alongside Martinů’s contemporaneous Concerto for Double String Orchestra, Piano and Timpani, without having quite the depth of utterance of that masterpiece. If her Partita is a little too earnest in expression throughout, one could hardly imagine a more persuasive account than this – wholly sympathetic, brilliant and powerful by turns.

Dvořák’s Serenade for Strings ended the concert, but this was not as we might have expected, for this was not the familiar revised version, but the recently published original, which contains important passages in the third and final movements (twenty-eight and thirty-two bars respectively) which the composer later excised. I am not sure he was right to cut them, for the structural balances appear more natural in this first version.

Prefatory to the Dvořák came the first movement, ‘Homage to Dvořák’, from the American composer Steven R. Gerber’s (1948-2015) Spirituals for String Orchestra – a nice addition to the programme, which Woods introduced.

It was a pleasure to hear such fine playing in the exceptional natural acoustic of Hall One – but the concert deserved better and more informative programme notes than the superficial offerings of Jessica Duchen: to describe the multi-tempo Finale of K413 with the single word “lively” was absurd, and there was no mention of us hearing this version of Dvořák’s Serenade: this important musical event went ignored in her note.