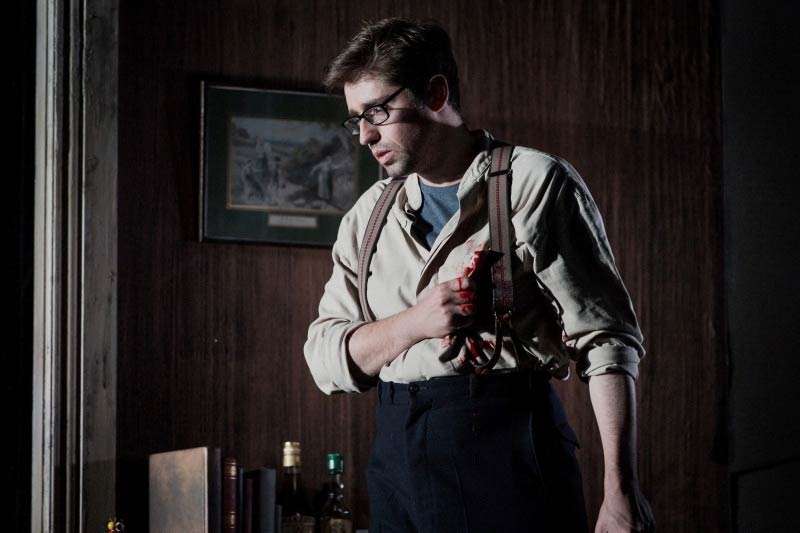 The American mid-west in the 1950s is not the obvious modernising update for Massenet’s powerful tear-jerker about the Byronic poet Werther who shoots himself when his love for Charlotte, the woman of his dreams, becomes impossible. Goethe’s novel created a sensation when it appeared at the end of the 18th-century, and the opera a century later is one of late-romanticism’s high points.

Oliver Platt’s new production for English Touring Opera has set out to impose murky sexual repression on to the original’s romantic heartbreak, and I also wondered if Platt had linked the plot’s all-important suicide gun and its religious element to American culture and worked backwards from there – there was a strong hint of Tennessee Williams-style emotional dysfunction to the evening.

Platt’s Werther is a needy, nerdy young clerk, who could easily be a more-sinister stalker, but this view doesn’t fit with the music or the libretto. It also has the curious knock-on effect of making Albert (Charlotte’s fiancé, later husband, whom she promised to her dying mother to marry), whose first appearance is as an American GI returning from war, unduly sympathetic. This skewed approach is compounded by having one of opera’s great romantic tenor leads cast here as a baritone (in a version by the composer) – to what end is anyone’s guess. 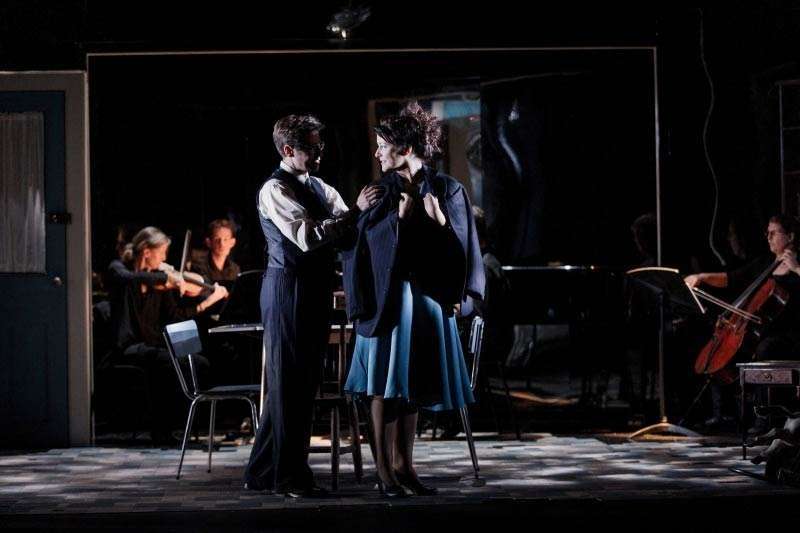 With touring in mind, Oliver Townsend’s suburban-kitchen set is fixed and crammed with domestic detail, including Charlotte’s famous bread and butter, which as the eldest daughter now in loco parentis she prepares for her sweet little brothers and sisters (sung in the London performances by six well-rehearsed children from Vauxhall Primary School). Charlotte’s father Le Bailli’s two drinking chums, Johann and Schmidt, are reduced to one (called Johann Schmidt), incidentally highlighting Le Bailli’s fondness for the bottle.

The most significant trimming, though, is Iain Farrington’s chamber version of the score for violin, clarinet, cello and piano. To start with, its mellow sound and Palm Court connotation had a bizarre genteel quality, but it soon suited the scale and intensity of the staging, hovering between the worlds of Verklärte Nacht, César Franck’s Piano Quintet and Sondheim. Farrington did a superb job both as pianist and directing the music, both supporting the singers and maintaining the pressure, and the playing of the group (which played at the back of the stage) was fluid and responsive.

Ed Ballard, wearing Clark Kent specs and a cheap suit, was true to the director’s view, and his baritone was warm and full, though it spread in his high-passion numbers. Surely, though, Charlotte would have run a mile from someone so obviously weird? Simon Wallfisch’s baritone was much darker for Albert, and his solid presence and imaginative acting made you care for him rather than Werther. I also wondered if one of Albert’s later appearances in a T-shirt was meant to suggest Stanley Kowalski in A Streetcar named Desire – there seemed to be a few cinematic references around.

Carolyn Dobbin touchingly portrayed Charlotte’s longings and responsibilities, caught between girlhood and an acquired mumsiness, and her mezzo was consistently in character. Bringing much-need soprano lightness, as well as a Doris Day wholesomeness, Lauren Zolezzi’s Sophie was a beautifully sung delight. Michael Druiett’s Le Bailli and Jeff Stewart’s Johann Schmidt, a couple of benign old timers, were an awkward fit for the production, yet were an entertaining double-act. Yet, with Werther’s impact deliberately toned down, this staging is likely to prove strange to those coming to it for the first time.