Cavalli
La Calisto – Opera in a Prologue and three Acts to a libretto by Giovanni Faustini after Ovid’s Metamorphoses [sung in an English version by Anne Ridler & Timothy Nelson, with English guide-titles] 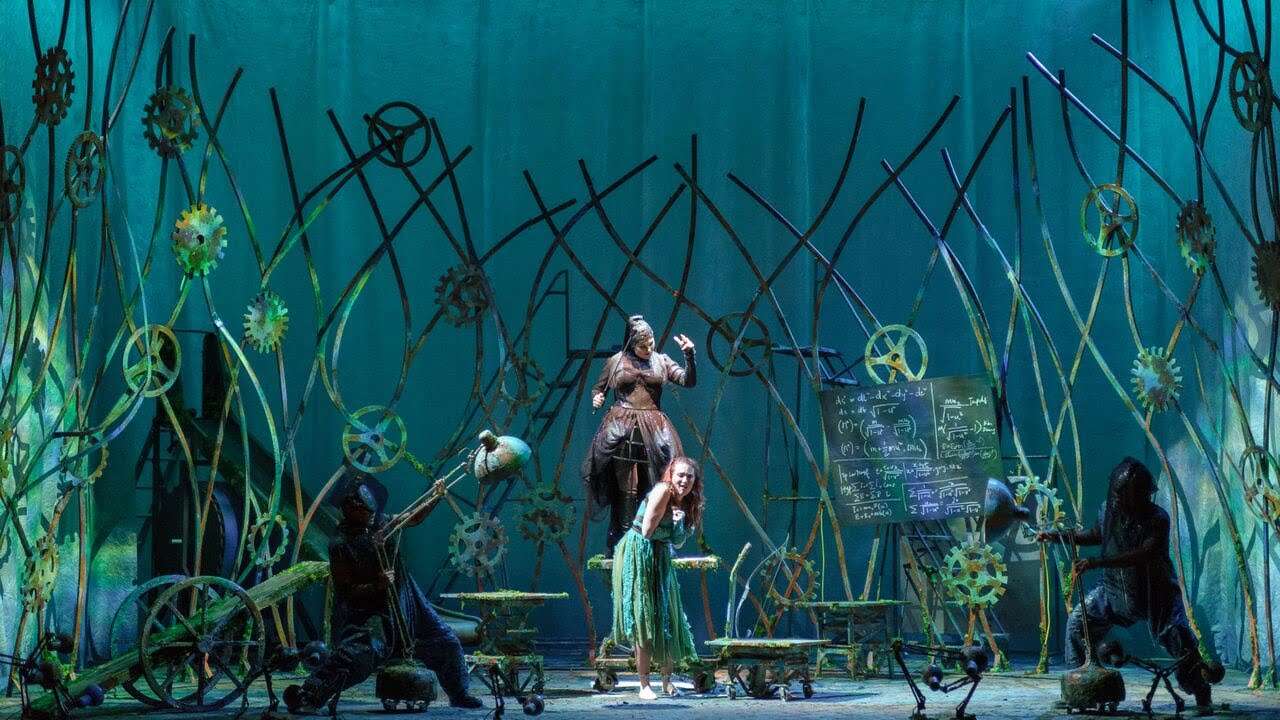 Pleasure-bent Venetians in the seventeenth-century expected cutting-edge satire and a fusion of music and words from their newfangled operas in a way that Wagner aspired to and which is ticking boxes to this day. So there is more to Cavalli’s La Calisto than just the comedy of a deluded nymph abused and destroyed by a god and rendered eternal as the constellation Ursa minor.

Allegory piles upon allegory as mythology, Catholicism and science wind round each other in a work that, despite its title, turns out to be predominantly about Endimione and the goddess Diana, whose pure love for each other casts the opera’s other sexual shenanigans in a very unflattering light; and Endimione, the philosopher/scientist is intended to represent the astronomer Galileo, the point unequivocally made by the legend eppur si muove (yet it still moves) – this was the remark attributed to Galileo after he was forced by the Inquisition to recant his teaching that the Earth moves round the Sun – standing out on a blackboard smothered in equations in Timothy Nelson’s production for English Touring Opera, which he also conducts.

Nelson has expertly made the web of chaste and rumbustious love-stories complement each other, and the designs by takis [sic] have an exuberance that juggles the opera’s comic and serious aspects, the comedy rampantly in the ascendant, with considerable skill. The fixed set, supposedly the human realm vaporised by the vengeful Giove (Jupiter, the chief god), looks like the remnants of Galileo’s astrolabe shattered by Catholicism’s self-serving ignorance and provides a makeshift playpen for the various mythological gods, satyrs and nymphs who were so useful for poking fun at the religious and political establishments. 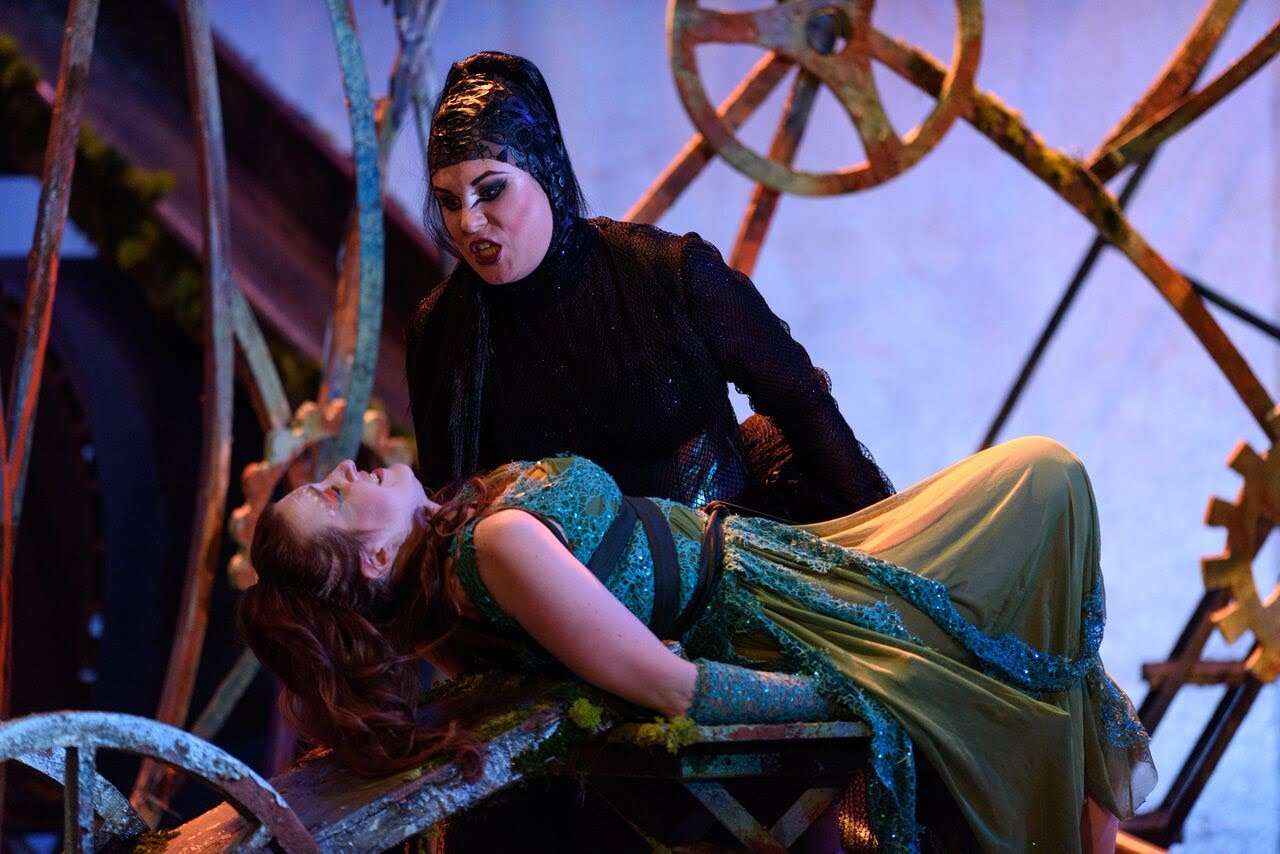 Musically the steady pace, the gentle buzz of ‘period’ instruments, and the lyrical, tonal Sprechgesang of the vocal writing can be soporific, but once you get your ear in, the emotional range expands, and some powerful ensembles and the rare high notes make their dramatic points.

I had a problem with the deadpan surtitles (at the Hackney Empire ranged either side of the stage), which only guide to which character is present and what they are doing, and much of the libretto got lost – I got a bit of a jolt when Calisto suddenly launched into the opening of the Magnificat in Act Three for reasons not immediately apparent – but the singers made amends in the energetic characterisations of their roles.

Tai Oney, as an Albert Einstein lookalike Endimione, is described as a countertenor, but he sounds more like a male mezzo, with an unforced elegance to his voice and an endearing stage-presence, and he was well-matched by Catherine Carby’s beautifully sung Diana. George Humphreys stole every scene he was in as the Carry On-style sex-rat Giove, and his drag-act as Diana revealed an attractive and powerful falsetto and well-honed comic-acting skills. 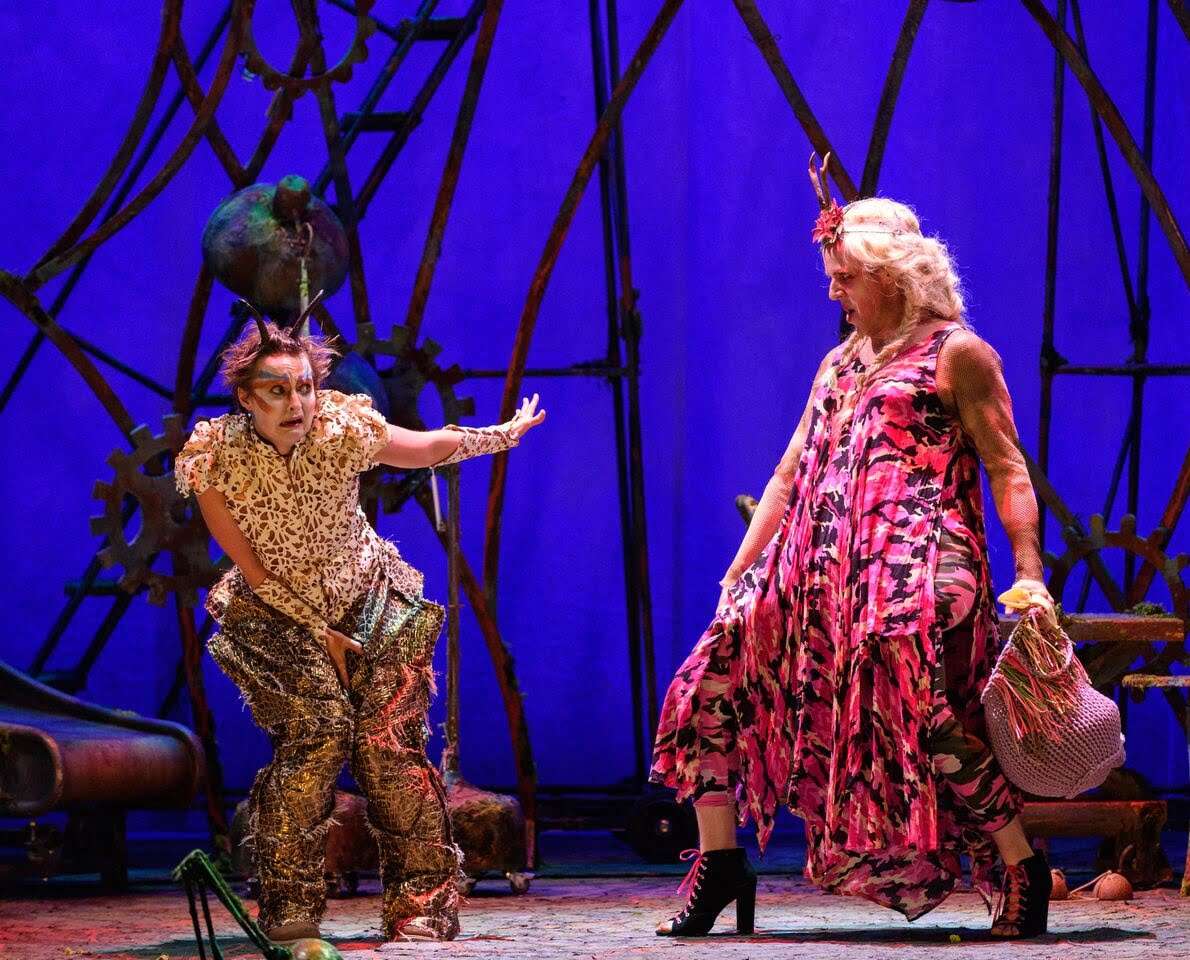 In the title role, Paula Sides used her radiant soprano and emotive acting with poignant results, the poor nymph at the mercy of all the sex-japes going on around her. Nick Pritchard’s venal Mercurio was a sharply observed joy, and Susana Fairbairn’s steely soprano added a special frisson to her exasperated Giuno. Katie Bray’s Satirino and John-Colyn Gyeantey’s Pane spared us nothing in their sex-obsessed caricatures, and Adrian Dwyer’s Linfea, another absurd drag-act, and Peter Brathwaite’s half-goat Silvanno completed the grinning, grunting crew.

The humour, as you may gather, is broad and unashamed, especially in the first half, but as things resolve in Act Three, the music and staging become more serious. Nelson’s conducting pushes the action forward without straining it. And while his direction of the opera’s multifarious strands is admirably clear, it is still worth doing a bit of homework on repertoire that is not at the top of every opera-lover’s list.