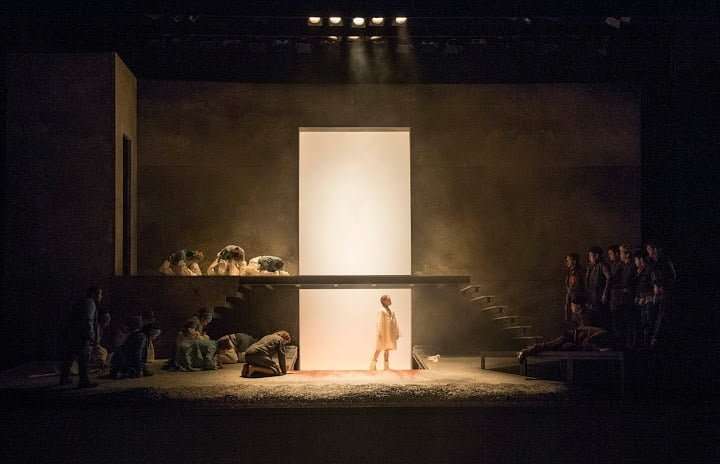 Gluck is the composer of whom Handel remarked “my cook knows more counterpoint than Gluck does”, and the scores do indeed look very ‘vertical’, with simple harmonies to match. However, Martin André, conducting a chamber-sized if non-‘period’ orchestra in English Touring Opera’s new production of Iphigénie en Tauride, has Gluck’s seamless flow between recitative and aria at his fingertips, underpinned by an unflagging sense of pace and spaciousness.

It is this aspect of Gluck that for Berlioz, Wagner and Richard Strauss made him their operatic rock, the composer who paved the modern way for giving drama priority, after all the mannerist extremes of Baroque Opera. Gluck’s sober classicism is uncompromising, though, and despite the purity and conciseness of Greek tragedy – a genre always ripe for directorial plucking – his operas, in general deemed important archetypes, are not frequent repertoire flyers.

The staging by ETO’s general director James Conway plays it more-or-less straight. The story is a what-happened-next – after Gluck’s first Iphigénie opera set in Aulis – to the much abused daughter of the blood-soaked House of Atreus. She was magicked away by the goddess Diana from being sacrificed in Aulis by her father Agamemnon to the Scythian land of Tauride, where, as temples priestess, she is obliged to sacrifice strangers to her goddess-saviour, an example of which we were treated to in the opening scene where her team of co-priestesses dispatch a stranger with much blood and enthusiastic dismemberment. She doesn’t know that her father, while returning from the Trojan War, has been murdered by his wife Clytemnestra, who in turn was done in by their son Oreste, who for his pains is pursued by the Furies, ending up in Tauride, obliging his sister to add him to her sacrificial list. How this is resolved is the opera’s story. 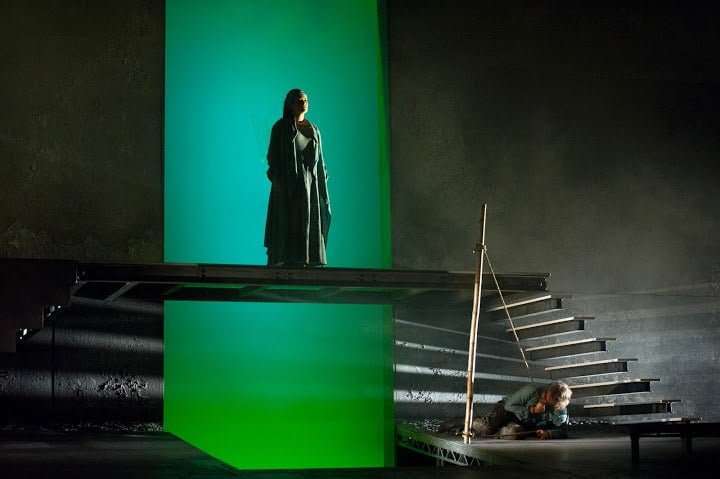 Anna Fleischle’s fixed set of steps and a raised walkway for the temple of Diana matches the statuesque severity of the story, for which Conway has compensated with some over-fussy direction. Our first sight of Oreste and his friend/gay lover Pylade is at the receiving end of some detailed, spurious violence from the men of Tauride, but in general it keeps pace with the narrative. The opera’s strength is in the big solo scenes and dialogues – such as when Oreste deceives his sister, who doesn’t recognise him, into thinking that her brother is dead; or when Oreste and Pylade vie for the honour of being Iphigénie’s next sacrifice – made a great impact.

In the title role the Australian mezzo Catherine Carby was completely in charge of Iphigénie’s suffering nobility, expressively heightened by the slight strain at the top of her voice, and her ‘O malheureuse Iphigénie’ got to the heart of her tragedy and drew the audience into it. Grant Doyle was in consistently macho voice as Oreste and kept the emotional temperature high – his ‘Dieux qui me poursuivez’ was a showstopper. As his lover Pylade, tenor John-Colyn Gyeantey was an intense presence, but was let down by some choppy pitch problems. Craig Smith was a sonorous Thoas, the Scythian leader who has forced Iphigénie into a life of sacred butchery, and there was an interesting cameo from the very young Pepper Cometti as the deus ex machina Diana in white wellies. Her band of blood-spattered co-priestesses and Thoas’s chorus of Scythian bullyboys sang and acted vividly. One of these days, I hope, I will be knocked for a six by Gluck; this staging got close to it.