Monteverdi
Il ritorno d’Ulisse in patria – Opera in a Prologue and three Acts to a libretto by Giacomo Badoaro after Homer’s Ulysses [sung in an English version by Anne Ridler, with English guide-titles] 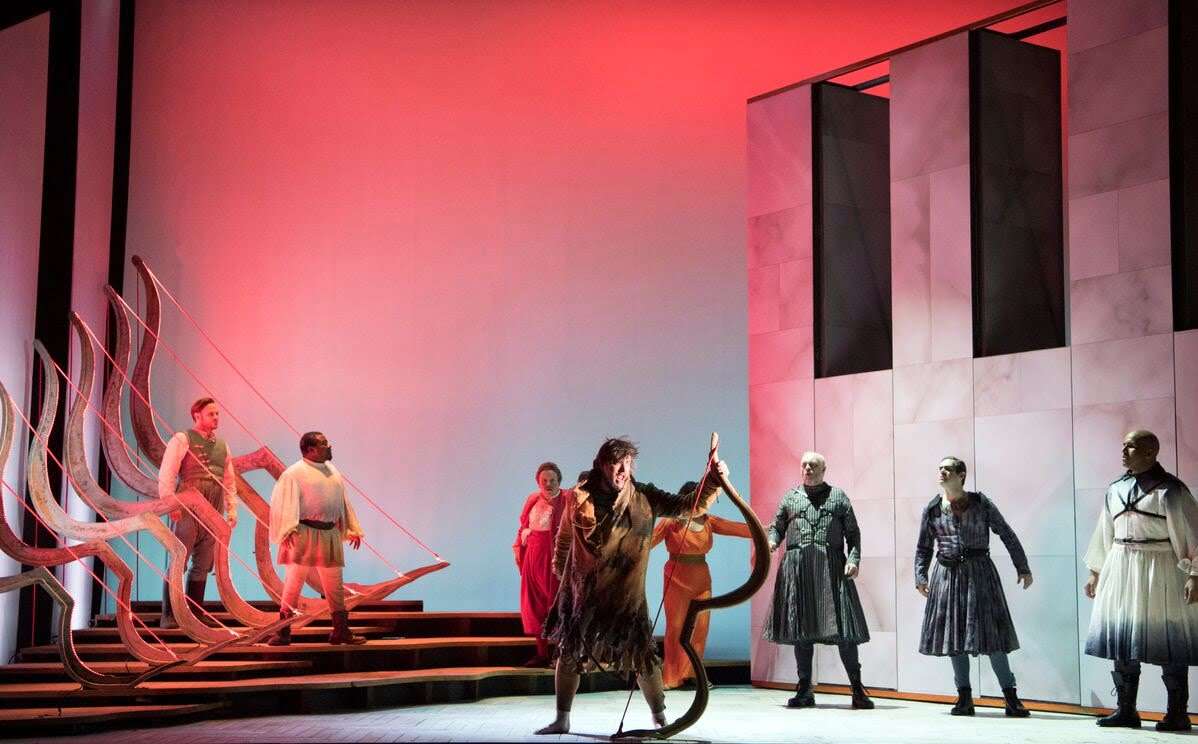 English Touring Opera has woven magic from Monteverdi in a beautifully thought-through production.

The minimal designs by takis evoke a simplified classical setting as Gods and mortals battle it out to reunite Ulysses and his long-deserted wife Penelope. The sea is always present, the reminder of the aged Ulysses’s past trials; Mark Howland’s lighting delicately describes the elements as they are manipulated by Fortune, Minerva and Neptune.

The scene is set as Human Frailty is assailed by higher forces. The Gods are given declamatory interventions which frame the drama. Katie Bray was outstanding as Minerva, singing with panache. Penelope’s music is characterised by a mixture of introspective and melancholy recitative and arioso. Carolyn Dobbin’s rich mezzo took full advantage of expressive opportunities, singing with persuasion and personality. Her vivid-orange costume gave a visual signal of Penelope’s determination to remain true to Ulysses, keeping one step ahead of her many importunate suitors.

The God’s prediction of “agony, penury, misery” is reflected in a weary, battle-scarred Ulysses. Benedict Nelson’s baritone had reach, his sheer size adding conviction and presence to the aging hero. 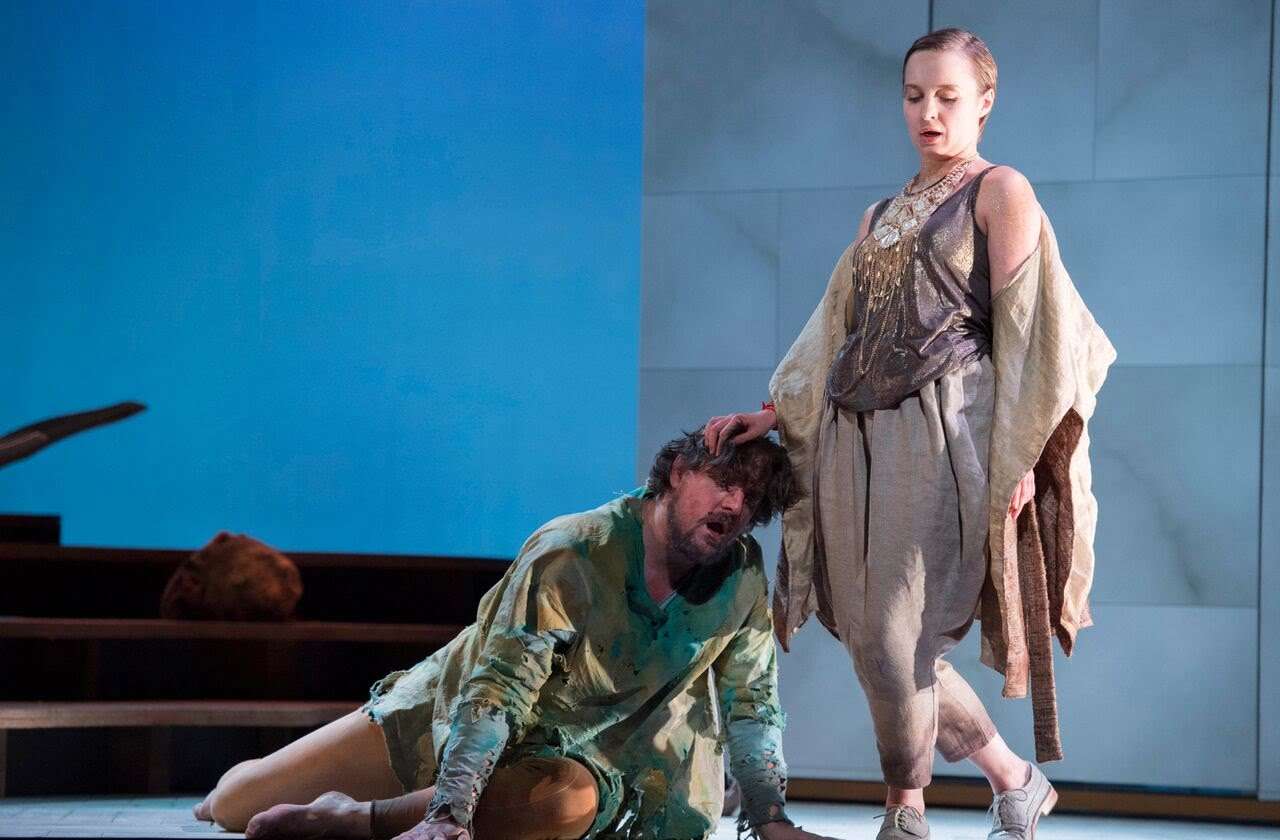 James Conway’s production never drags dramatically and Jonathan Peter Kenny led an impassioned and energetic account of an extensive edition of Monteverdi’s score, which has been much-performed in adapted and shortened versions. The Old Street Band brought interplay with singers and illuminated the delicacy of the scoring.

Humorous episodes leavened the drama in Shakespearian style, with servants and nurses providing light relief from the emotional spectacle. The comic highlight was Adam Player’s Irus, the suitors’ minion, channelling the Prince Regent in scarlet, foppish splendour. Martha Jones and John-Colyn Gyeantey deserve mention for fine singing and acting. Nick Prichard was an affecting Telemachus, encompassing the follies of youth and also the dawning realisation of the return of Ulysses, his father.

The contrasts and perplexities of the human condition are movingly presented in this exemplary reading of Monteverdi’s masterpiece.