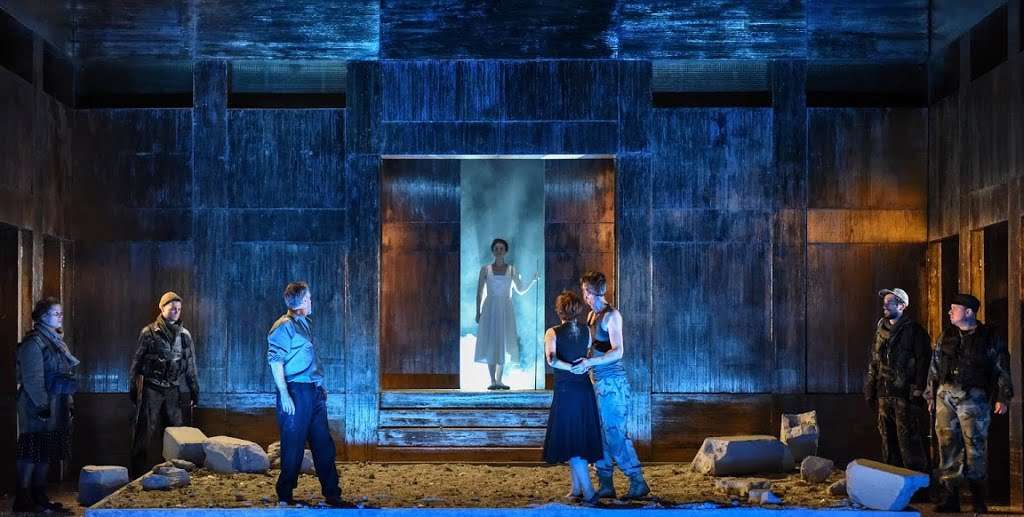 Ever adventurous, English Touring Opera is clocking up a couple of firsts with this new production of Dardanus – the company’s first foray into the French Baroque, and apparently the premiere performance of this particular work in the UK, but presumably of Rameau’s revised version of 1744, rather than the 1739 original, as the Royal Academy of Music mounted that in 2006.

It is a more or less unanimous verdict that the later version is the more satisfactory from a dramatic point of view, in that it jettisons the sensational but absurd supernatural and magical episodes of the last three Acts (and also some imaginative music, admittedly) in favour of a more realistic and involving examination of Dardanus’s relationship with Iphise, the daughter of his enemy-in-combat, Teucer, King of Phyrgia. Iphise returns Dardanus’s love (despite that breach of diplomatic protocol, and the fact that she is promised to Antenor as his bride) but after near-fatal vicissitudes, the sincerity of their devotion wins out and is recognised by Teucer and Antenor, though not before the latter is mortally wounded. 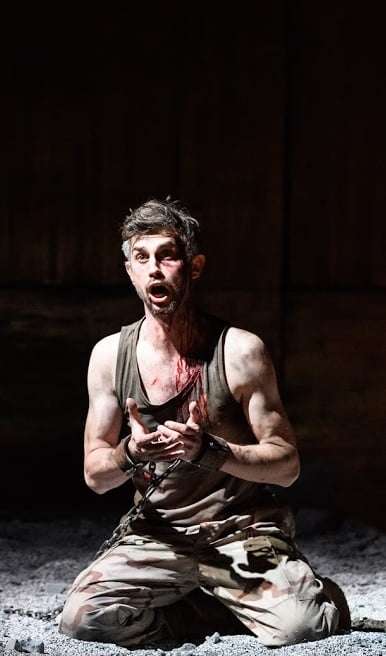 At the centre of ETO’s staging is the fine characterisation of the lovers by Anthony Gregory and Galina Averina. True, Gregory is not entirely at ease in the higher part of this distinctively French haute-contre tenor role, but elsewhere he offers nobility and gracefulness of tone, as Averina also attains alongside him, and the opera could justly be called ‘Dardanus and Iphise’ in recognition of their joint achievement.

Stripped of the work’s Lullian, allegorical Prologue for the Classical gods (although Raphaël Pichon includes it on his recent recording of this version of the opera with Ensemble Pygmalion) and with only a handful of dances retained which director Douglas Rintoul choreographs as an innate part of the drama, this production focuses on human and emotional content.

Setting it in the context of modern warfare, Rintoul draws attention irresistibly to the characters’ conflicts and predicaments, as the drama plays out within a closed bunker-like space, variously representing the domain of Teucer, the abode of the magician Ismenor (where he seems to brew potions, like a benign Mime), and Dardanus’s prison. Not having introduced any deities previously, and with no great show of Ismenor’s magic here, the appearance of Venus in a blaze of light at the climax of the final Act comes as a visually arresting image and a redemptive vindication of the Enlightenment values which Rameau and his librettist wanted to express, rather than disrupting the production’s integrity as an artificial deus ex machine. 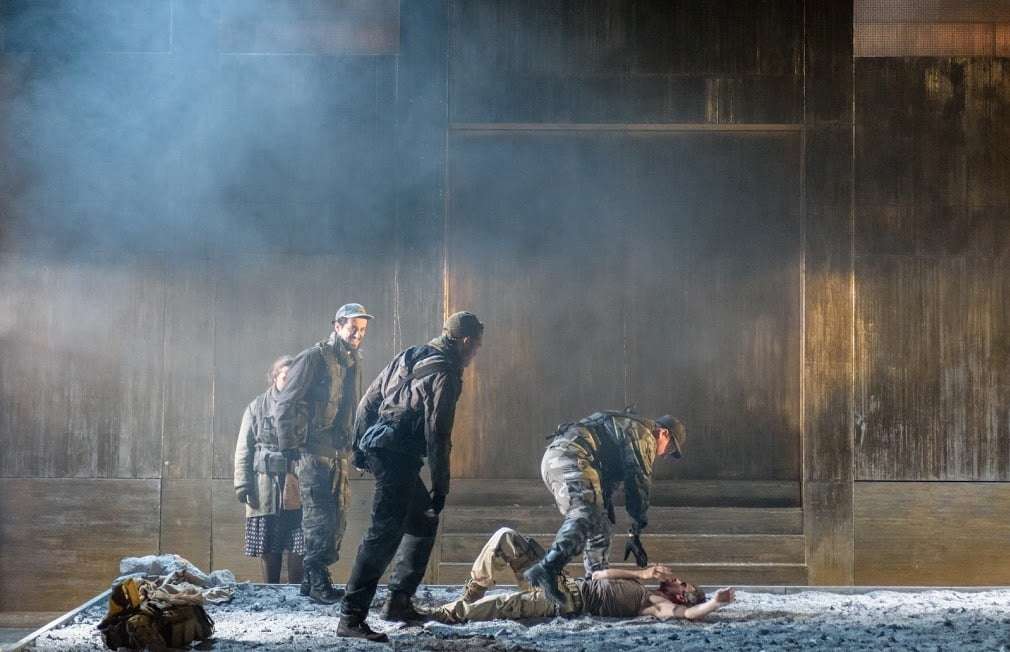 Allied with this close scrutiny of the characters’ actions and feelings is the singers’ ability to sustain musical interest throughout. After initially garbling some of the words, Grant Doyle attains dignity and authority as Teucer even before he comes round in support of Iphise and Dardanus’s affections. Timothy Nelson also wins sympathy as he expresses Antenor’s despair on learning that Iphise loves another, not with overbearing fury but with musical fluency, not least in the moving air ‘Monstre affreux’ at the end of Act Two, which is here taken from the 1739 version. Frederick Long’s Ismenor is studied and undemonstrative, presumably in keeping with Rintoul’s production which plays down the opera’s more extravagant and distracting elements.

Jonathan Williams – who is no stranger to Rameau’s music as the curator of the Rameau Project – conducts a fairly sombre account of the score, providing an efficient background to the action, but not detracting from it. The instrumental colours of Rameau’s orchestration come out well, although the bassoon solo in Dardanus’s solo in prison at the opening of Act Four, ‘Lieux funestes’, was raw and not quite on target. The overall temper of the music keeps the drama moving, though it sometimes plods rather than cultivates a veneer of blended finesse which ensembles more familiar with French Baroque repertoire would attain. Even so, this is a creditable production of a musical masterpiece and demonstrates this repertoire’s dramatic and psychological richness.