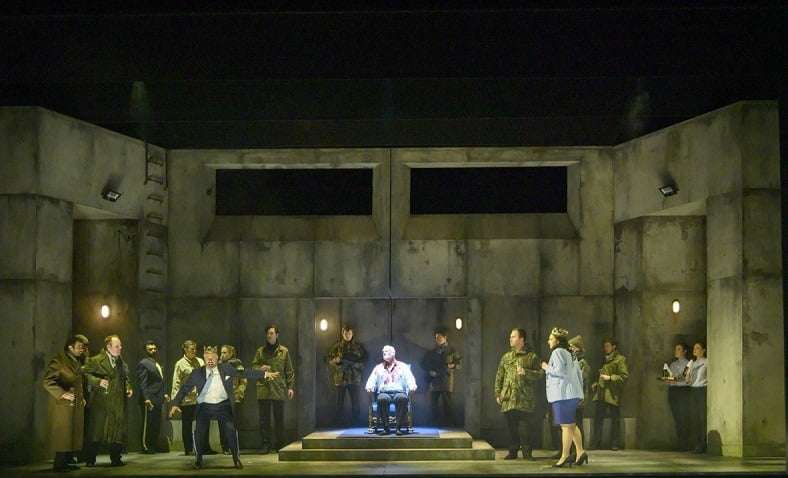 Verdi’s Macbeth was the composer’s first Shakespeare opera and is so abbreviated as to be positively epigrammatic, but it is far from being Shakespeare- or Verdi-lite. If anything it gains in doom-laden density, without a hint of relief.

English Touring Opera similarly cuts to the chase in James Dacre’s taut new production, based on the designer Frankie Bradshaw’s set of a concrete bunker. The period is contemporary, military, totalitarian and without so much as a thread of tartan Scottishness, and the few glimpses of blasted heath do nothing to leaven the staging’s or indeed the opera’s oppressive grip. It is also absolutely right to use Andrew Porter’s excellent translation, which honours the spirit of the play without being slavishly literal. It’s a pity, though, that Verdi and his librettists didn’t use, or know about, Lady Macbeth’s “stand not on the order of your going” business in the banquet/Banquo’s ghost scene, which is ripe with musical potential, but ETO’s surtitles and captions filling in the gaps in the familiar story efficiently keep up the momentum. 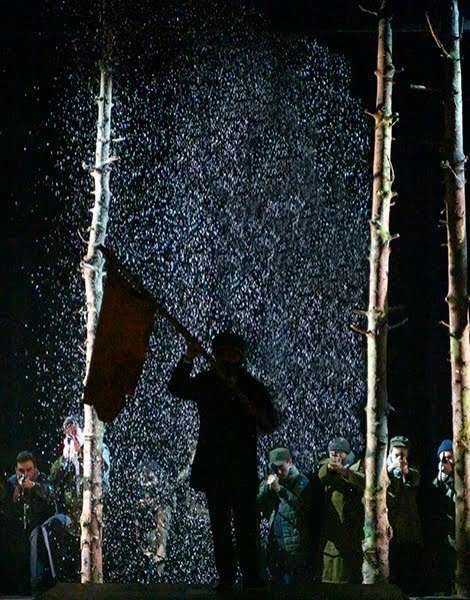 The setting may be brutalist-contemporary, but the witches – here a coven of ten – stand out of period as nurses, possibly nuns, in a First World War field-hospital, the only irony-loaded element in the direction, and it is very effective, especially when the weird sisters back up their Act Three prophecies with an equally weird dance routine.

Occasionally you wish for a larger chorus for the down-trodden Scots, if only to shout up the intensity of Macbeth’s tyranny, but Dacre’s direction is nevertheless to the point. He is particularly good at blurring the edges of the short scenes, so that we witness Lady Macbeth sleepwalking, thus flagging up her mounting trauma, before the big event at the start of Act Four where the action slows down to dwell on the misery the Macbeths have caused neatly flags up the gradual re-establishment of moral order.

Grant Doyle combines Macbeth’s monstrous pessimism, his courage and agonising moments of self-knowledge with disarming directness. This is a commanding performance, and Doyle has the vocal resources and dark Italianate inscrutability to give the role full measure. He also has a hollow softness for a devastating and desolate account of Macbeth’s Act Four aria, when he realises the game is up – and what was the point of it all, anyway? Madeleine Pierard has the fire-power for a formidable Lady Macbeth. Her lower voice is sumptuously full and seductive, and a few moments of unruly pitch aside, her top range is bright and agile. The sleepwalking scene, sung in a hushed parlando, is impressively thought through – and she certainly looks the part, imperious, nakedly ambitious and terrifying.

Tenors Amar Muchhala and David Lynn give Macduff and Malcolm plenty of heroism under duress, and Andrew Slater thickens the darkness in Banquo’s bleak Act Two aria. The Orchestra under Gerry Cornelius distinguish itself in strong and characterful playing that catches the music’s casual violence and dread as much as the rarer passages of tenderness. Another must-see show from ETO.