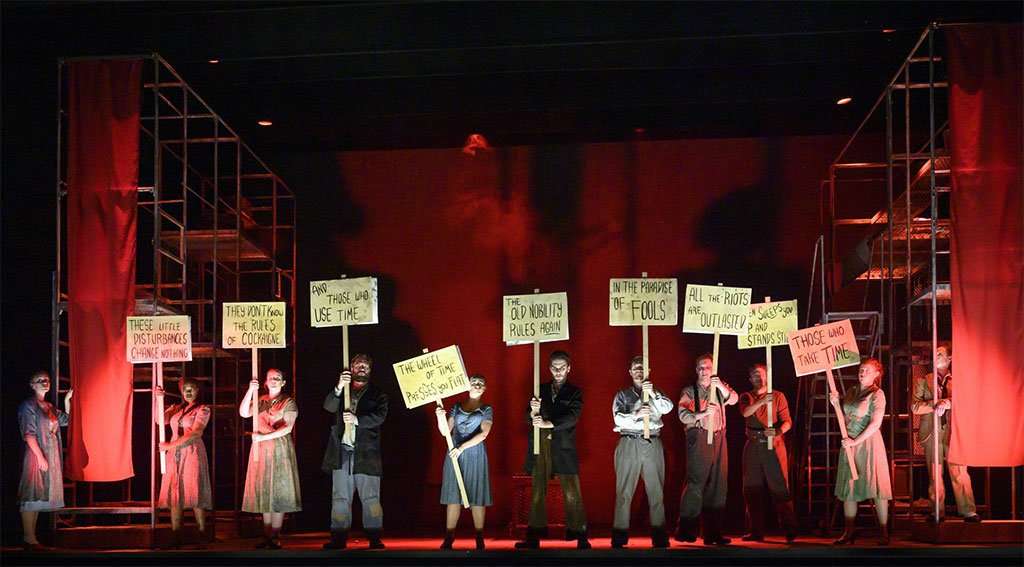 Even by English Touring Opera’s standards, this is adventurous – an epic pre-war German work that has rarely seen the light of day since its premiere. Der Silbersee was the last thing Kurt Weill wrote before he and his wife Lotte Lenya fled to Paris, then on to the United States, where he reinvented himself.

In the years before The Silver Lake (1933), Weill had had a string of hits with Berthold Brecht, but hooked up with the Expressionist playwright Georg Kaiser for this “play with music”, a manic send-up of Weimar Germany based round the story of an unemployed, starving young man (Severin) who steals a pineapple and is shot by a policeman (Olim) who then helps him recover. There is greed, austerity, the nobility of the common man, and many a two-fingers to the political extremism and brutality of the time – and is overflowing with absurdism, allegory and symbolism. And it was written by a very famous, left-wing Jew – no wonder the Nazis trashed it, literally, and banned it and burned the score soon after its simultaneous premieres in three German cities, such was Weill’s box-office worth. 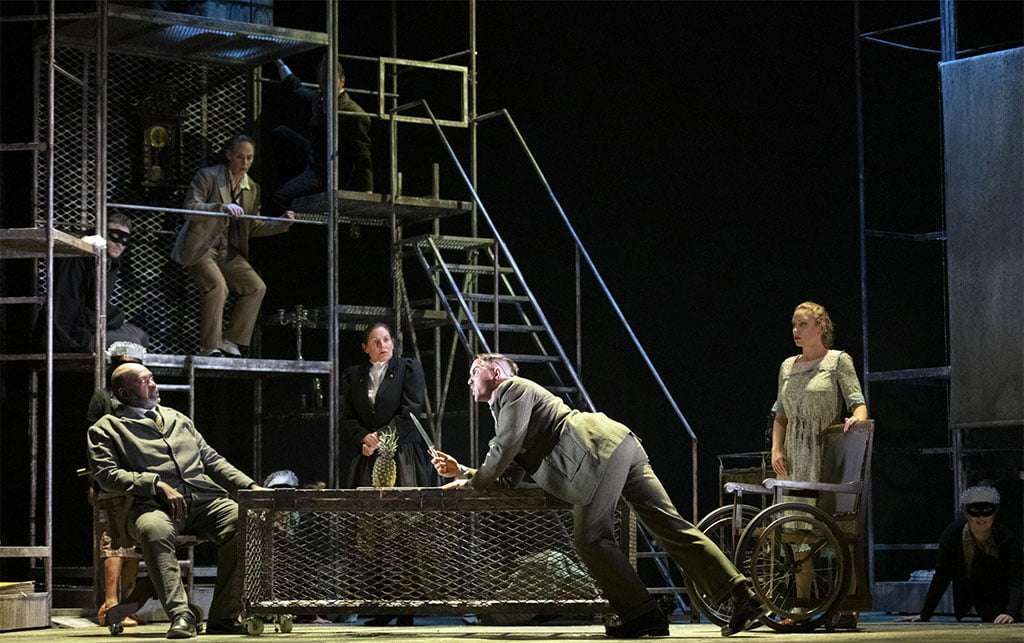 Weill’s hasty exit from Germany helped bury The Silver Lake, and, while Weill fans regard it as a masterpiece, it barely gets a mention in various general reference books, and the most recent UK performance looks as though it was the Proms premiere in 1996.

James Conway’s production is thus a trailblazer, yet, while musically it is in good shape, the performance as a whole sags. Conway has staged a concert version (approved by the Weill estate) that reduces it from over three hours to two hours and a bit (including the interval), with a narration that hurtles through the crazy sequence of events but is at best fitfully audible. He also overplays reliance on bits of dialogue scrawled on placards to steer the plot, a device that becomes tiresome, and throws more weight onto the music than probably either Kaiser or Weill intended – you really do need to read the plot in advance. The Weimar-period satire speaks for itself in agitprop-style polarisation, moments of humour and sentimentality are heavy-handed, and any references to the current state of political affairs are there for the taking without being wildly semaphored.

Given that this is a touring show, Adam Wiltshire’s mobile set, like elaborate high-tech shelving, needs some labour-intensive scene changes, and audiences have to accept that it represents shop, hospital and castle while looking the same throughout. The Silbersee of the title is a lake that freezes over to bear those in harmony to a brighter future, a gift given to Severin and Olim at the end, and the heavily signalled allegorical, mystic and even religious significances will be wasted on nobody. 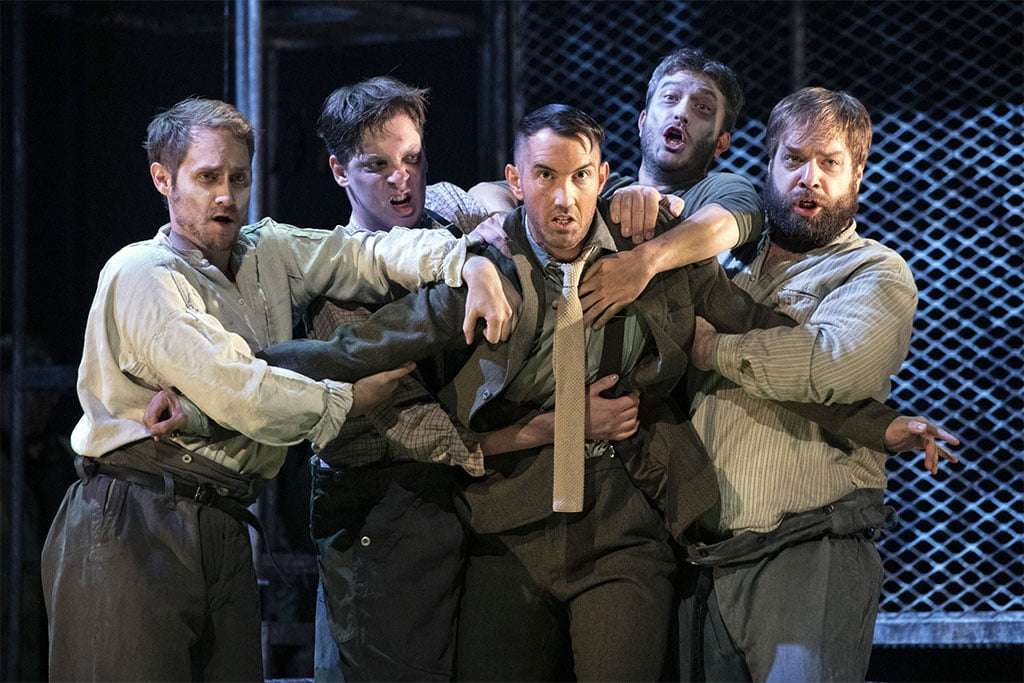 David Webb and Ronald Samm as the two leads place this cabaret-showtime-opera hybrid very much in opera territory with their lyrical singing, there is a pantomime-level role for the wicked capitalist Baron Laur, played with appropriate relish by James Kryshak, and Clarissa Meek as the entitled but dispossessed aristocrat Frau von Luber is a ferociously realised dead-ringer for Cloris Leachman as Frau Blücher in Young Frankenstein. There is a love interest of sorts in the role of Fennimore, sung by Luci Briginshaw who totally justifies bagging the evening’s two best songs. As the Narrator, Bernadette Iglich needs amplification help.

The ETO band conducted by James Holmes embraces the Weimar idiom with some fine, volatile playing, and they all made the most of the climactic and most symphonic music (the best thing in the score) at the end, an unintended reminder that much of Weill’s theatre music is catchy but doesn’t linger. Yet despite the shifts of focus between entertainment and gravity and the lop-sided relationship between music and play, Conway’s staging makes its points – and it’s likely to be a while before this political fairytale is staged again.