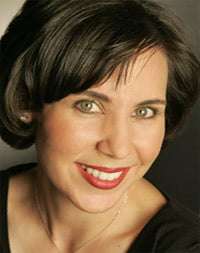 Ensemble ACJW is the performing arm of The Academy, a collaborative program between Carnegie Hall, the Juilliard School, the Weill Music Institute, and the New York City Department of Education that selects some of the finest emerging postgraduate musicians for performing and teaching fellowships. As part of the program, Ensemble ACJW performs regularly in New York and at Skidmore College.

Timothy Andres’s Trade Winds was commissioned by Carnegie Hall with help from many Academy alumni, and is scored for clarinet, string quartet, piano, and percussion. The 25-year-old composer writes in an unashamedly tonal minimalist style. Trade Winds juxtaposes a series of rapid and slow sections; some of the faster music is strongly similar to Steve Reich, but with memorable melodic sections and motifs. The work, cast as a chaconne, doesn’t make much daring use of extended playing techniques but does make excellent use of timbral transformation as figures wind their way through different instruments and combinations. I was particularly impressed by the slower music, especially the relaxed interplay between the piano (the player compensating well for the instrument’s unresponsive top octaves) and percussion coming to the fore after the string and clarinet textures dissolve away. The work clocks in at about 11 minutes, and seems too brief – I’m eager to hear this emerging talent take on larger-scale forms and instrumental ensembles.

Schubert was 31 – a few months before his death in 1828 – when he began work on “Der Hirt auf dem Felsen” (The Shepherd on the Rock), a song that could well be described as a three-section mini-cantata for soprano, clarinet and piano. Weill can give singers a too-bright, edgy sound, but Jessica Rivera tamed the hall impressively, enunciating and dramatizing the text effectively and dispatching the runs in the final section – including the rapid-fire high notes – with total command and sunny optimism. Marina Radiushina nuanced pianism reveals her as a natural Schubertian (I’d love to hear her take on the late sonatas) and the expressive, evocative clarinet-playing of Paul Won Jin Cho was enormously satisfying.

It wouldn’t be fair to compare the present performance of Brahms’s B flat Sextet with a few I’ve heard by world-class chamber ensembles, but not because of the musicians; Weill Recital Hall short-changes low string sonorities. It’s a shame the present concert couldn’t have taken place downstairs in Zankel Hall. Violins were seated on far left and right, cellists in the center, and a violist between each violin and cello; this worked well to delineate melodies, counterpoint and accompaniment, but did little to ameliorate Weill’s bass deficiencies. The ensemble’s approach brought a character less like a large-scale four-movement chamber work and more like Brahms’s orchestral serenades. I’ve never felt this one of Brahms’s great triumphs, perhaps because I’ve had the misfortune of hearing ensembles looking for too much grandeur. ACJW’s interpretative approach was more entertaining – and edifying from the get-go, with a tuneful first movement more reminiscent of Mendelssohn than Brahms’s mentor Schumann. There were few very small lapses at the outset, but nothing that detracted from the mood of the music. The second movement was a sunny mash-up of tzigane phrasing and theme-and-variation form; the scherzo held more than a passing resemblance to the one in Beethoven’s ‘Pastoral’ Symphony. The finale holds a few hints of Brahms’s mature style – but the players honed in on the merry, precocious character of the themes. This was a convincing case that Brahms – well, at least this work – shouldn’t always be so darned serious.

ACJW’s next performance will include Simon Rattle and Christian Tetzlaff in Zankel Hall performing music of Rameau, Ligeti and Richard Strauss. If tonight’s outing is any indication, it will be a must-see concert.