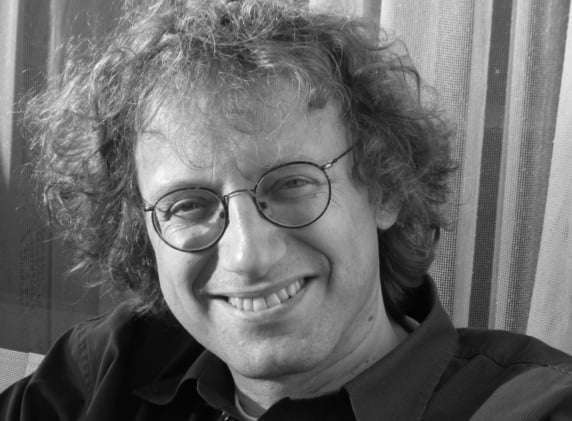 When I see the words “world premiere”, I still harbour the hope that a life-changing experience may be on the cards. Usually, though, however well-crafted the piece, however potent and music-suited its aesthetic, it lacks that vital hook and line that reels me in. These reservations applied to the two premieres given by Ensemble Modern, represented for this Wigmore Hall concert by most of its string section, exacerbated by the nagging doubt that here we were again in the clubby pressure-cabin of modern music.

The new pieces (both from this year) came in between works composed in wordless response to powerful texts. Friedrich Cerha’s Eight Movements after Fragments of Hölderlin (composed in 1995, for string sextet), according to the composer, started off like songs without words, but then he elaborated the texts’ musical implications into eight highly-charged mini-dramas. Hölderlin, the German Romantic poet who spent the second half of his life insane, has been much set to music (including by Brahms and Britten, in a rare meeting of minds), and it’s clear why – the verse is direct and often melancholic, realistic but non-pessimistic, with many moments that floor you with their insight. The now-88-year-old Cerha (the composer trusted with completing Berg’s Lulu) still ruminates on the anxiety-prone Second Viennese world, which has shaped his melodic freedom and hold on tonality. The text-inspired shafts of tune almost collapse under the weight of expression he heaps upon them, but the six musicians made light of the music’s passages of dense polyphony – and there were some wonderful effects: the flashes of unison in the fifth section that released the optimism of hidden text, and the long glissandos in the last movement, a visionary complement to Hölderlin’s fragile, poignant genius. In the programme note, Cerha wondered whether to reveal which bits of Hölderlin he had used. It would have been very perverse if he hadn’t.

The 36-year-old Latvian composer Janis Petraskevics trained as a violinist before turning to composing, and it shows in his virtuoso writing for strings (here double string quartet). The title gefährlich dünn means ‘dangerously thin’, and there’s an anorexic quality to the music where audibility, scraps of theme, random pizzicatos and other events all contribute to music given just about enough nourishment to survive. It does, though, thrive on a strongly communicated sense of hushed expectancy that nudges the music out of a state of suspended animation with ear-bending micro-management of pitch and colour and some dream-like flashes of instrumental collusion which vanish as quickly as you dimly register them. As we all know, music expresses the tenuous stupendously well. Here it is taken to extremes by Petraskevics’s freakishly attuned ear and skillful exploitation of effect, and at ten minutes the piece made its simple concept admirably clear.

The 52-year-old German Johannes Schöllhorn’s sous-bois – undergrowth – left me stranded between a nature-film Nachtmusik soundtrack and Sibelius’s Tapiola. Random, beetling scurrying and abrupt cessations coalesce into a might sense of purpose and dread, before the music decays via some elegant, slow slides into, to my ears, an overlong stuttering then flat-lining close. Again, it was a simple progression via a crescendo to some sort of termination, a well-worked abstract trope, here ambitiously expressed. Scored for sextet, at thirteen minutes, it didn’t outstay its welcome.

In previous performances of Schoenberg’s Transfigured Night, I’ve not noticed the placing of the six players, so I don’t know whether separating them into a crescent of two trios with violins at the front left and right and the two cellos next to each other in the middle is normal practice. It certainly emphasised the antiphonal exchanges of moonlit grief, passion, acceptance and transcendence between the man and the woman of Richard Dehmel’s poem, the inspiration behind this last gasp of Romanticism. Ensemble Modern took the drama still higher with some extremely vocal playing, where it was easy to imagine Schonberg’s melodic outpourings mimicking the cadences of the poem. There were lots of conversational bending of phrase and operatic portamento, given extra bite by the players’ notably lean, not to say astringent tone. This was Schoenberg looking forward to Pierrot Lunaire and the First Chamber Symphony rather than reflecting on Brahmsian upholstery. You could hear with almost indecent clarity how lines coiled round each other, how textures pulsated and yielded, German expressionism picking its way through the tendrils of art nouveau. What a marvellous, fresh performance.