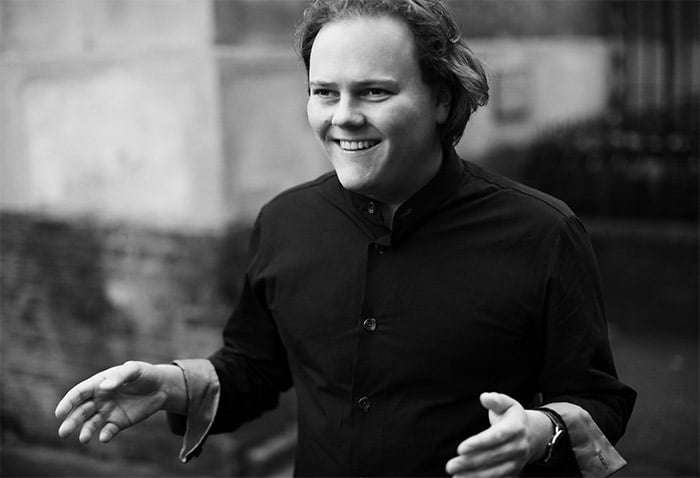 Ensemble Modern’s visits to the UK are not so frequent as to be passed over, and this Wigmore Hall programme was of importance in featuring two recent works by Alexander Goehr – thus making the Anglo-German connection in specifically musical as well as cultural terms.

Goehr’s Manere cycle comprises three pieces for combinations of the Brahmsian-sounding trio of clarinet, horn and violin. The first of these, for clarinet and violin, dates back to 2008 and takes a phrase of plainchant as the basis for a teasing and unpredictable dialogue whose Schoenbergian underpinnings are seldom obscured. It was placed second in this performance, being preceded by ‘Manere II’ for clarinet and horn. In this context, a scherzo-like diversion, where the Brahms-Schoenberg connotations seemed even more pronounced, it was followed by ‘Manere III’ (these latter two pieces having been composed earlier this year) in which all three instruments participate in lively debate whose resolute conclusion makes of it the ideal finale – though evidently the door remains open for further additions to this intriguing opus.

The song-cycle Verschwindendes Wort (2015) originated in another vocal work, Turm Musik, that Goehr judged would be too long were all the texts envisaged for it to be included. Those intended for its first half were used here, resulting in seven settings interspersed (irregularly) with five instrumental preludes. The first vocal item draws upon Jakob Böhme’s Mysterium Magnum in which mezzo and tenor outline the beginnings of human consciousness via some dogged canonic interplay; followed by lines from Maler Müller’s Adams erstes Erwachen in which God instructs Adam to give names to, and there by endow identity on, all the animals. 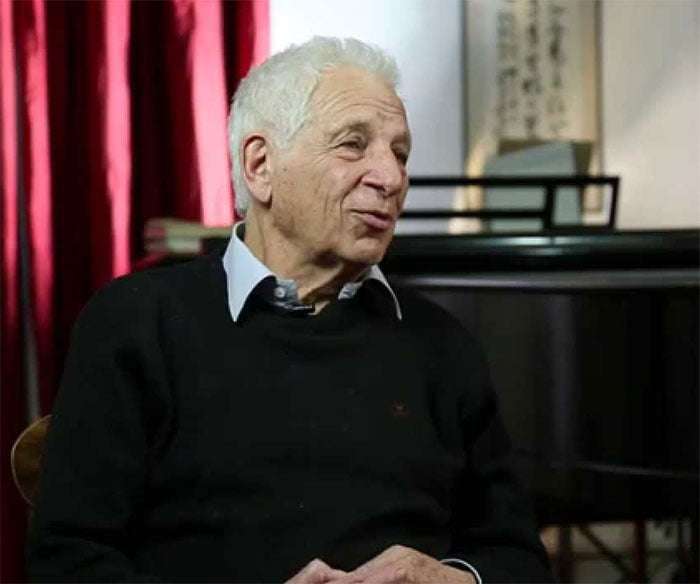 Two poems by Ingeborg Bachmann, both typical in their concerns over humanity’s loss of its own individuality through its increasingly destructive actions, frame the seventeenth of Rainer Maria Rilke’s Sonetten aus Orpheus; its aura of radiant regretful likely prompting this most inwardly intense of the settings, though that of a poem by Osip Mandelstam (translated by Paul Celan) is hardly less involving in its search toward some manner of definition through words alone. The Fifth of the Preludes then segues into the final setting, a four-line Endstück by Robert Walser (inscribed on the poet’s tomb) that is a summing-up of those difficulties in seeking affirmation via sound and word as has also been a lifelong preoccupation for Goehr.

The present account was a fine one, with Lucy Schaufer and Christopher Gillett making the most of some pungent if rarely ingratiating (though why should it be?) vocal writing, and Jonathan Berman securing a dedicated response from Ensemble Modern. The latter was also featured in twentieth-century ‘classics’, heard either side of the interval. For all its technical difficulties, Stockhausen’s Zeitmasse (1956) has a capricious and even playful quality which the five woodwind players brought out amply. Oliver Knussen’s Ophelia Dances – Book I (1975) originated in material discarded from his Third Symphony – its gradual build-up to a frantic climax, via a celesta cadenza of melting poise, to a postlude of keen regret was eloquently conveyed, in what proved to be a fine showing for the whole Ensemble.