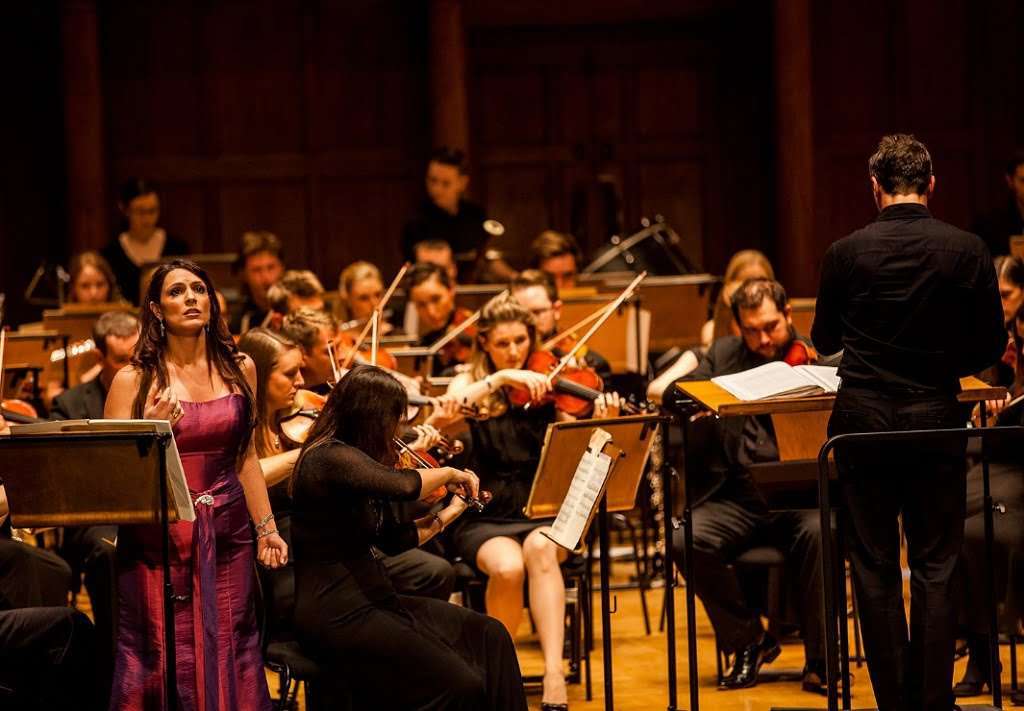 In recent decades, various aspects of the daily lives of Middle Eastern countries have thrust themselves forward in the world’s news, not always for the most admirable of reasons, but it is nonetheless sufficiently rare an experience to encounter an entire programme of concert music by six Iranian composers – three of whom were present – the more so as orchestra and conductor are British, the programme being the brainchild of Spencer Down.

More than that: the Docklands Sinfonia (based in the East End of London) held a competition for composers in Iran for an orchestral piece based on the work of Shahnameh, which has come to mean as much to composers from that region as the Kalevala has for Finnish composers. The competition drew 18 entries, and the winning score, by 31-year-old Ehsan Mohamadi, opened this concert.

It is a brilliant piece: Mohamadi is a pianist and double-bassist – and, on the basis of this 10-minute work, a gifted composer. Of course, with the subject chosen for him and the nature of the story itself unchanging, a colourful and lively piece was to be expected, but this was no re-visiting of faux-Persian travelogue music. The mastery Mohamadi displayed is little short of amazing. The piece is outstandingly well orchestrated, with every detail finely imagined and with no surface glitter, by a serious and well-motivated artist. I should very much like to hear a longer orchestral piece by him: on this showing, he possesses all the qualities one could wish for. The work received a superb performance. 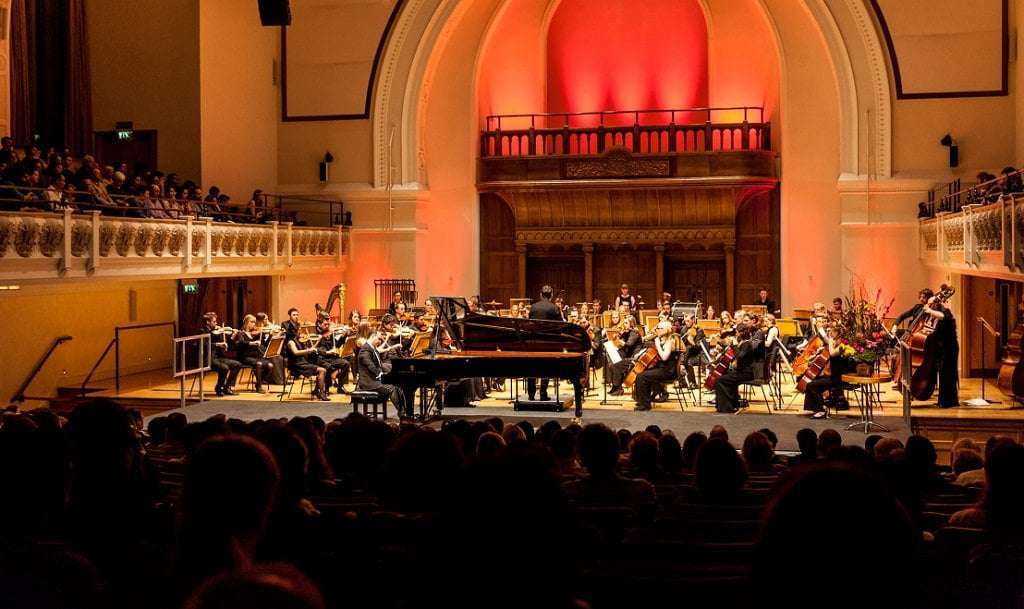 Hossein Dehlavi is 87 years old, and three movements from his Suite Bijan and Manijeh (1975), coincidentally also based on a story from Shahnameh, were not so very different in character than Mohamadi’s piece. But although Dehlavi is a widely-respected figure in Iran, in this particular he was outclassed by his much younger compatriot. Perhaps in this score Dehlavi turned to what might be termed more ‘traditional’ language than in his other concert music (the programme notes implied as much), but one should take nothing from music as descriptive and unerring in its impact as these three characteristic dances, the central one being the most lyrical and appealing.

Aminoullah Andre Hossein is probably the best-known of Middle-Eastern composers of the generation that came to attention in the mid-20th-century. He settled in Paris, and his son Robert became a noted film actor and director, for whom Hossein père wrote some 20 scores to set alongside his concert music. Judging by this Piano Concerto, one of his last works (1974: the composer was 69), his middle-Eastern provenance had not deserted him. Certainly, with regard to the piano writing, the concentration early in the work on fast repeated single notes poses no little technical demands on the soloist, but Neysun Rouhani was fully up to the considerable challenges the music asked of him, delivering an account that was always at one with the orchestra. The plan of this three-movement continuous work is fascinating, holding one’s attention throughout. The return in the closing pages to the opening material is a wholly satisfying conclusion, dramatically fulfilling.

To follow the Concerto came the only piece by an English composer. Albert W. Ketèlbey was a thoroughly-trained musician, who found his niche in what might be termed ‘light music’, exemplified by a long series of very popular pieces, of which In a Persian Market is one of the most famous. A surprising choice, on paper, but one that fitted admirably in the context of this programme, to the extent that one wondered when this charming tone-poem was last played publicly in London – whenever it was, it could hardly have been played better than here, and although at first one felt Down’s tempo was a shade on the fast side, the atmospheric nature of those wonderful tunes soon exerted their magic. 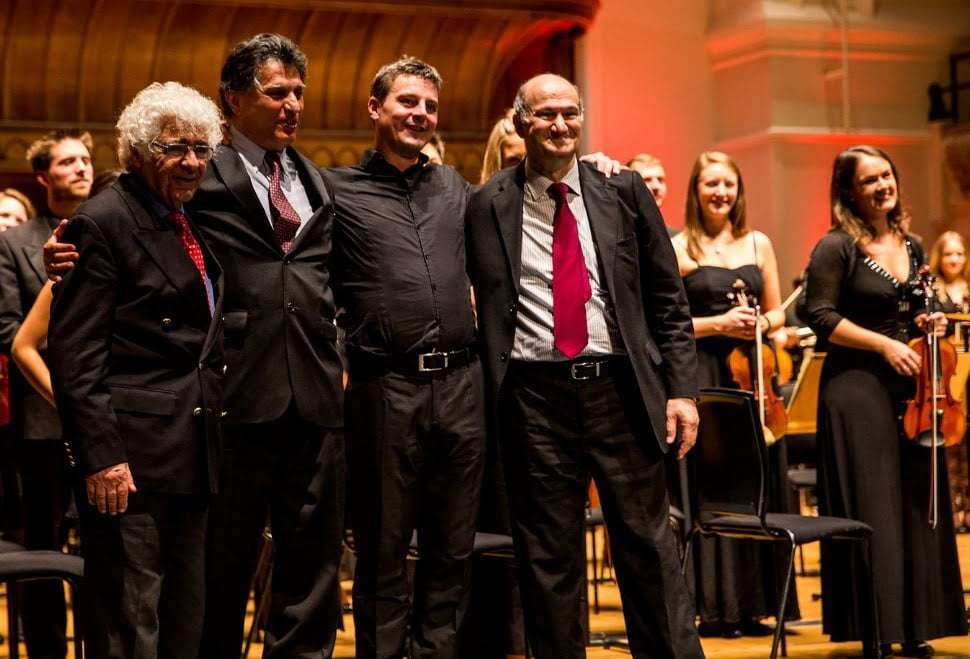 Recently, I reported on the world premiere of Karl Jenkins’s Llareggub, which has a passage wherein those members of the orchestra who were not playing hummed a hymn-tune whilst the other musicians continued as normal. Little did I know that Ketèlbey had used the self-same concept in two passages in this work in 1920, the momentarily silent Docklands players making a suitably intriguing vocal colouration.

Loris Tjeknavorian was, at the time of the Shah’s rule, the Emperor’s court composer; that came to an end with the Cultural Revolution of 1979-81, and – as an Iranian Christian in a now predominantly Muslim country – his career as a composer and conductor suffered for several years until he was able to resume it in Armenia, Vienna and the United States. During that time he composed assiduously, working on his large-scale opera Rostam and Sohrab which took 25 years to complete, as well as many other works. The three orchestral dances from the opera reveal a composer unafraid to use local colour where necessary, but underneath the surface one discerns a firmly directed creativity. Tjeknavorian’s orchestration is splendid, with original touches (all strings in unison in one passage) and the Docklands Sinfonia responded with sensitivity and brilliance.

The three Iranian folk-song settings for soprano and orchestra which followed provided another welcome addition to one’s listening experience: quite unlike, for example, Britten or Copland in this area, and sung with considerable artistry and commitment. On this showing we should hear more of Reza Vali (born 1952). The songs come from the tenth book of folk material he has arranged: but this is the Middle East, not Middle England or the Mid-West. The passion and intensity of the original material, and its new concert setting, were quite gripping in this compelling performance, although Honey Rouhani (sister of the pianist, and daughter of the next composer) tended at times to be ill-balanced with the orchestra, who ought to have been taken down a couple of decibels. But there was no denying her artistry and total involvement.

Finally, the 68-year-old Mehran Rouhani’s latest orchestral work, a fantasia on Iranian popular songs by Sheyda, a song-writer from the 19th-century at the time of the Qajar dynasty. Rouhani has taken five of Sheyda’s songs and written a succession of orchestral non-vocal settings on them. The result is a substantial (20 minutes) piece, with varied textures (violin and harp; solo string quintet) alongside full orchestra. The piece overall surely would have delighted Rouhani’s teacher Michael Tippett, and – as with all the music in this fascinating programme – it was splendidly played by this impressive orchestra and its young conductor.