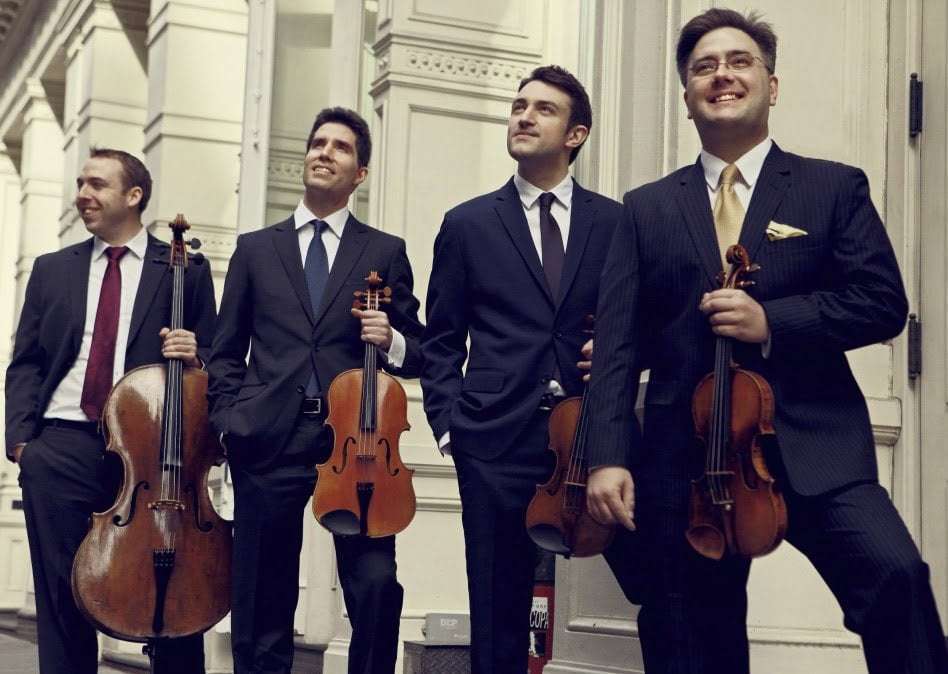 In recent times, Viennese composer-conductor Alexander Zemlinsky (1871-1942) has received greater attention through performances of his operas and symphonic music, but his four String Quartets are heard rarely in the recital room (although several recordings have appeared, and the early E-minor example, only recently published, is newly documented, on Chandos, review-link below). Congratulations to the Chamber Music Society of Lincoln Center for this rewarding opportunity to hear the numbered four. The New York-based Escher Quartet was founded ten years ago and is mentored by its Emerson counterparts. Each of the Escher’s young musicians is outstanding, and together their intelligent interpretations and extraordinary technical skills are exceptional.

Initially Zemlinsky was influenced by Brahms, who recognized the composer’s talents. Although Arnold Schoenberg became a friend and brother-in-law, Zemlinsky never wrote atonal music or attempted to apply twelve-tone principles. In his early compositions, such as the A-major String Quartet, written in 1896, Brahmsian characteristics prevail; he even uses Brahms’s favorite musical motto, F-A-F, “frei aber froh” (free but joyful), as the structural foundation for the Finale. The Escher players imbued the work with fervent expression, appropriately making it sound like a late-Romantic work that begins where Brahms left off. 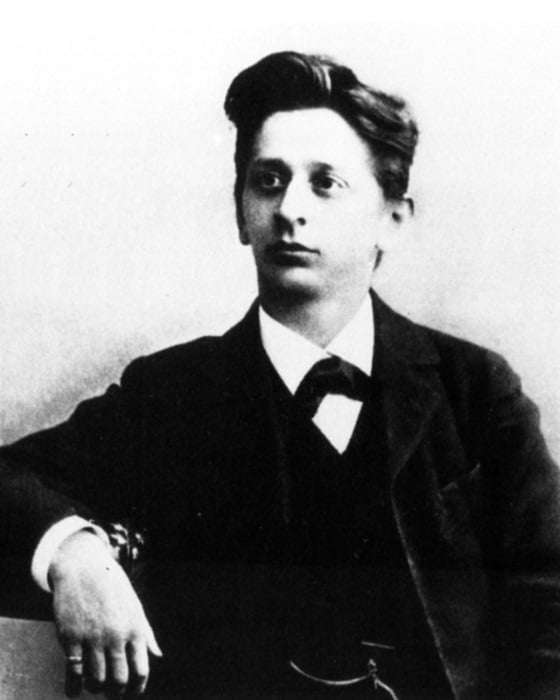 After the First Quartet, Zemlinsky suffered several tragic events that profoundly affected his music, which became more turbulent, complex and expressionistic, and he adopted a freer approach to tonality. Although Zemlinsky denied that the underlying subject of the ambitious Second String Quartet was the tragic affair of his sister Mathilde (Schoenberg’s wife) and painter Richard Gerstl, there is good reason to believe the contrary. The two had apparently become intimate during the weeks they spent together while he painted her portrait. Schoenberg became aware of their relationship and tried for reconciliation, but in 1907 the couple eloped.

Anton Webern prevailed upon Mathilde to return to her husband, and after she did Gerstl committed suicide. Zemlinsky suffered deep remorse, blaming himself for not trying to resolve the situation, and these catastrophic events continued to haunt him. He uses motivic figures as musical monograms for himself and his sister as well as the ‘fate’ chord he shared with Schoenberg (a D-minor triad with added G-sharp) which appears during significant moments in the drama. Although not a narrative, the music’s frequent distraught outbursts becalmed momentarily by disconcertingly hushed passages that fail to hold back the overwhelming deluge of ferocity give the music a seething dramatic character.

The Escher musicians reinforced Zemlinsky’s fierce internal struggle with riveting intensity and enormous power, and energized moments of mocking derision, while giving full vent to the piteous lament that closes the fourth movement and the riveting contrasts between furious eruptions and meditative interludes in the Finale.

In the 1924 Third String Quartet, Zemlinsky breaks with the Secessionists of fin de siècle Vienna and rejects Wagnerian ecstatic emotionalism. Mathilde’s death the previous year underlies the composer’s explosions of harsh dissonance and grating force. Zemlinsky was also upset by Schoenberg’s remarrying before the end of the traditional twelve-month period of mourning. Having written Lyric Symphony – Zemlinsky’s most famous work – around the time that his sister died, his Third String Quartet is based upon a quote from it, and four-movement form returns, if unconventionally. What begins like an innocent recollection of childhood soon becomes frivolous, building to passages burning with fury. A variations movement subjects its playful theme to divergent moods, from capricious whimsy to demonic mockery, and then morose harmonies create a sullen atmosphere during the bittersweet ‘Romanze’ and finally a rather aggressive idea is subjected to grotesque twists and turns in the rapid-fire ‘Burleske’ (shades of Mahler 9), sometimes sounding like a rhythmically distorted Spanish dance and at others like a parody of a minuet. At its climax, the opening motif representing Zemlinsky himself whirls about frantically until two unison Cs bring the work to an abrupt close.

Zemlinsky wrote his final String Quartet in 1936 (although he left another unfinished) in memory of his dear friend Alban Berg, who had died unexpectedly at the age of fifty the year before. Its six movements are set out in pairs. Zemlinsky provides numerous thematic ideas constantly in transformation. The ‘Präludium’ begins with a hushed chorale, a collage of motifs taken from the composer’s earlier works, including references to Mathilde and his operatic masterpiece Der König Kandaules. A more extensive ‘Burleske’ follows, its arguments presented in rapid sequence. An Adagietto makes strange reference to the Prelude to Act Three of Wagner’s Parsifal, then a sprightly dance with jazz rhythms from Zemlinsky’s Der Kreidekreis (The Chalk Circle) provides the principal material for a lively and flippant ‘Intermezzo’. In the ‘Theme and Variations (Barcarole)’, Brook Speltz’s superb cello solo was subjected to melancholy commentaries. The Finale is a ‘Double Fugue’, beginning with a pizzicato whack that releases a virtually unrelenting onslaught of feverishly driven figuration.

In all four Quartets, the Escher musicians performed Zemlinsky’s difficult and strenuous music splendidly, with ardent concentration and immaculate precision. Fortunately, the ensemble has recorded these works on Naxos.