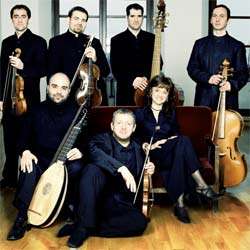 Europa Galante, the ensemble founded and directed by violinist Fabio Biondi, demonstrated a keen affinity for the musical idioms of the eighteenth-century baroque and rococo eras in this Zankel Hall concert. The musicians’ virtuoso playing appropriately contrasted the French-influenced music of Georg Phillip Telemann that comprised the first half of the programme with that of the four Italian composers whose works were heard after the interval, as well as reflecting stylistic differences within the latter group. Biondi’s period-instrument band, performing with violinists and the violist standing, played with energy and unity.

Telemann, whose Ouverture à quatre in F began the concert, was a leading practitioner of the rococo or ‘galante’ style of composition – from which Biondi’s ensemble takes its name. Galante music was more melody-dependent and less focused on complicated counterpoint than the baroque style from which it evolved. This Ouverture à quatre – one of more than 130 French ouvertures penned by the prolific Telemann – began with a stately theme that was followed by a lively fugal section marked by prominent shifts of dynamics. Excellent bass support for the violins came from harpsichord, double bass, theorbo, viola and cello.

The work’s opening movement (itself an ‘ouverture’) was followed by a suite of dances, each with its own characteristic rhythm and tempo. The ‘Passetemps’ featured two solo violins (Biondi and Andrea Rognoni) accompanied by the bass group, with the full ensemble joining in the ‘Sarabande’ to provide a delicate yet rich sound, concluding with an exaggerated ritardando – a device that was to be heard many times in the course of the evening. The two ‘Rigaudons’ were marked by sprightly playing and changes of tempo, the ‘Rondeau’ was dramatic and formal in style, the ‘Polonoise’ delightfully rhythmic, and the ‘Chasse’ slow and stately, with ornamented trills on the first violins.

Telemann’s Concerto in A for Flute, Violin, Cello and Strings was composed as part of the first series of his “Tafelmusik”, which was meant to be heard by diners, not concert audiences, but it stood up quite well in the latter environment. Frank Theuns, playing an ebony flute, produced a soft sound that blended well with the Ensemble’s strings and stood out well in solos in the opening Largo. In the succeeding Allegro, Theuns’s flute was even more charming, and Maurizio Naddeo’s cello made vigorous statements in combination with the other two soloists and then provided pizzicato accompaniment to them during a contrasting section toward the movement’s end. The third movement, marked ‘gratioso’, opened with a sweet melody, played to a sighing accompaniment. Violin, flute and cello each had a solo passage before the three joined together. Later in the movement, Naddeo contributed a nimble cello solo and Biondi and Theuns played solos and a brief duet before a tutti passage led to the final Allegro, in which the flute-violin combination was repeatedly interrupted. This movement also featured an extended cello solo followed by violin and flute solos and duet before the closing cadence. 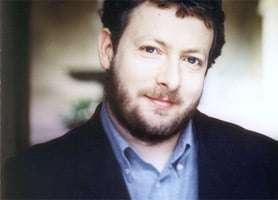 After the interval, Biondi’s eleven-member Ensemble began the Italian half of the programme with Giovanni Battista Sammartini’s Sinfonia in G. Although the term “sinfonia” originally applied to an orchestral work played at the beginning of an opera, it continued to be used when Sammartini and other composers began to write freestanding orchestral works scored for similar ensembles, and it was from these works that the modern symphony evolved. His Sinfonia in G is in three movements, the first of which is a lively Allegro based on a skipping figure that alternates with a series of slower chords. A very graceful Menuetto followed, in which Biondi’s solo violin was echoed by Rognoni’s, with both playing with much ornamentation. A brief Grave section led to the Presto, in which Paola Poncet’s harpsichord was prominent in accompaniment to rapid violin figures.

Biondi then took on the role of concerto soloist in Pietro Nardini’s Violin Concerto, although he joined in the tutti passages and occasionally turned away from the audience to face the other musicians to signal a downbeat. This concerto dates from around 1760, making it the latest work on the programme, and it was more reflective of galante style than the evening’s other Italian compositions. Biondi’s tonally lush playing was sweetly lyrical but not excessively ornamented. In the opening Allegro’s cadenza there were double-stops and trills, but no major pyrotechnics. In the Adagio, the solo violin’s theme was set against a steady beat, but became even more gentle in mid-movement when the continuo instruments fell silent. The concluding Allegro assai featured syncopated rhythms, rapid passagework and spiccato bowing.

In the brief opening Adagio of Archangelo Corelli’s D major Concerto Grosso, Biondi augmented the score’s simple chord progression with delightful ornamentations to the first violin part, and then tore into the ensuing Allegro at breakneck speed. The contrast was startling, and the vigour of the ensemble’s playing made this one of the evening’s highpoints. In the second movement Adagio, Giangiacomo Pinardi’s theorbo stood out from the bowed strings. In the Vivace, the rapid figures of Naddeo’s cello were most prominent. The final Allegro ended with rapid-fire pyrotechnics from the concertino violins of Biondi and Rognoni.

Pietro Antonio Locatelli’s D major Concerto Grosso was published just seven years after Corelli’s, and emulates it in several ways, including sharing the slow-fast-slow-fast “da chiesa” pattern. Locatelli, however, added a viola to the two violins and cello that Corelli used for the concertino. After the opening Largo ended with extended harpsichord arpeggios, Biondi’s solo violin introduced the subject of a delightful fugue that formed the major part of the second movement Allegro. The second Largo had a hesitating quality about it, not only in the separated notes with which it began and ended, but also in the lyrical violin solo and cadenza. The final Allegro was very lively, but ended suddenly and surprisingly, almost as if in mid-phrase.

There were two encores. The first was a dance from Gluck’s ballet music for Don Juan, played entirely pizzicato. The concert concluded with Biondi as soloist in the Largo from Vivaldi’s ‘Winter’ Violin Concerto.