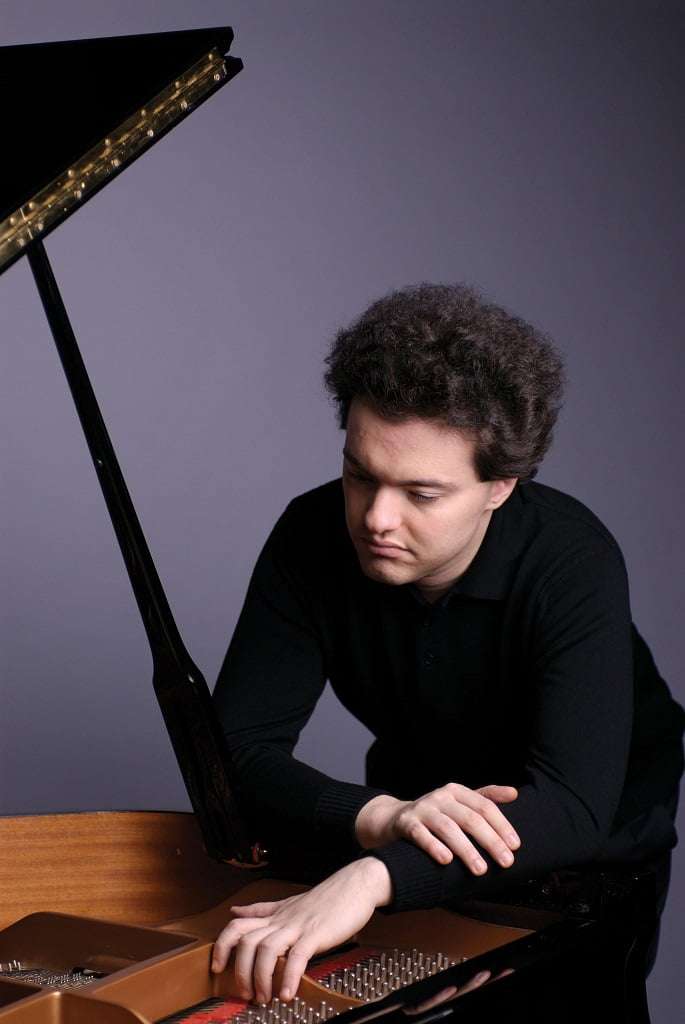 The wunderkind prodigy is now forty-seven and well on track to grand seigneur status in the piano world, yet after nearly four decades of performing, an irresistible aura of inscrutability still clings to Evgeny Kissin. His stage persona is courtly and reserved, although he is now a bit more relaxed and manages to crack a smile when he makes his rather long bows, here to a packed Barbican Hall of adulatory fans. Which once again raises a question: what conflation of the dark arts of marketing, a stupendous musicianship and an ability to radiate intense self-possession and privacy created an artist who, somehow, is ‘sexy’ and never lets his audiences down? He has survived being a holy grail of classical music promotion, and has gone on to redefine for a new generation the mysterious singularity and lofty isolation of the great names of Russian pianism.

It is strange how Kissin’s unhistrionic, severe style gets under your skin in the most persuasive way, as he gently demonstrated at this recital with his opening three Chopin Nocturnes, and frankly I’d have been more than satisfied if he had stayed with this composer. All three pieces have a measured aristocratic poise tailor-made for Kissin, who gave the music more of an objective, cool clarity, somewhere between appraisal and engagement, than, for example, Arthur Rubinstein’s more overt warmth. The tone Kissin produced was veiled and attractively introverted, and he flexed the decorations to fit in with his superbly subtle rubato. In all three, Kissin’a character seemed to absorb Chopin’s, particularly so in the withdrawn and melancholy abstraction of the second of the Opus 62 pair, in which Apollonian grace survived some robust coughing. This was romanticism at its most balanced, alluding to rather than declaiming a vast poetic hinterland.

I was less persuaded that the darting volatility and mercurial fantasy of Schumann’s F-minor Sonata are so completely up Kissin’s street, but in terms of sheer panache, the virtuoso gloves were off. This Sonata has three incarnations, including one as the Concert sans orchestra and saw Schumann through from his heady twenties to a couple of years before his death, and the final, one-Scherzo version Kissin played bears more than a passing relationship to another Sonata in F-minor, Beethoven’s ‘Appassionata’, and he sustained its rapture through to the slow movement’s variations on an Andante by Clara Wieck, then going on to display a sinuous athleticism in the Finale, taking Schumann’s Prestissimo possibile direction at face value.

Following the interval, at the start of his Debussy group, Kissin had to contend with a beeping alarm, followed some minutes later by the recital being suspended because of a medical emergency. He picked up at ‘La cathédrale engloutie’, but the effects of a brilliantly played ‘Ce qu’a vu le vent d’Ouest’ and a limpid, quietly sensuous ‘La fille aux cheveux de lin’ were rather sabotaged. It says a lot for his sangfroid that he got the concert back on track – the Cathedral was played as an impressively visual search for orchestral sonorities, and the few moments of relief when he cleared the sustaining pedal only served as a reminder of his meticulous pedalling elsewhere. ‘Feux d’artifice’ was again vividly visual and immensely virtuosic.

Kissin’s one venture into Russian repertoire was Scriabin’s Fourth Sonata, in which, as it surged from flickering chromaticism towards a blinding and blindingly extrovert saturation of light, Kissin coolly giving an impression of barnstorming ecstasy while leaving it open what the music means to him – which in Scriabin’s case might be no bad thing.

I wished he’d sacrificed one of his selections for, perhaps, a Beethoven Sonata, but you still got an intriguing mix of stupendous playing and an equivocal, guarded emotionalism. There were three encores – a very withdrawn and believable ‘Träumerei’ from Schumann’s Kinderszenen, a return to Debussy in a precisely danced and deadpan ‘Golliwogg’s cake-walk’ (Children’s Corner), and a spectacular account of Chopin’s Grande valse brillante, Opus 18.