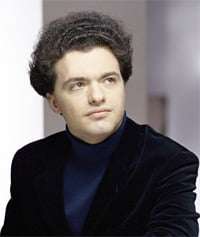 Thrust into the spotlight as a child prodigy, Evgeny Kissin, now 37, has worked hard to overcome the burden of childhood fame that can plague an artist in search of maturity. His Barbican Hall programme consisted of works that showcased the range of Kissin’s ability as both technician and interpreter.

The first half was dedicated to Prokofiev, music well suited to Kissin’s lean, precise style. He presented a restrained account of three movements from the composer’s transcription of ten sections from Romeo and Juliet. ‘Juliet as a young girl’ was a real adolescent, the balance of impish naivety and heartfelt sentiment amusingly judged. Next came an equally sarcastic depiction of ‘Mercutio’, fierce and youthful, leading to a stark, matter-of-fact reading of ‘Montagues and Capulets’. Kissin held back in the pounding left-hand writing, a wise-move.

The meat of the first half was the last of the three ‘War Sonatas’, music far more complex in its emotional breadth than the sobriquet suggests. The first movement was a gripping journey through moments of desolation, building obsessively to climaxes, the inquieto sections unfolded almost hypnotically, but Kissin didn’t overwhelm, slipping back into the Andante dolce section with a sense of inevitable loneliness. Kissin’s orchestral range of colour at times suggested subtle undertones of Scriabinesque perfume. The dreamworld of the second movement was equally evocative, held together by Kissin’s unwavering pulse which helped place the spotlight on the dance aspect, rather than the dream, suggesting a hazy impression of a distant memory of better times. The launch into the finale was a rude-awakening, the sting of the opening flourishes whipping the movement into life. Kissin’s articulation was scintillating, his textures crystal-clear, cycling forward motorically in such a controlled manner. Previous restraint gave way to the hysteria of the climax, although it was always controlled. Overall this was a very persuasive reading, the dramatic arc carefully shaped, ending in a rousing call-to-arms. 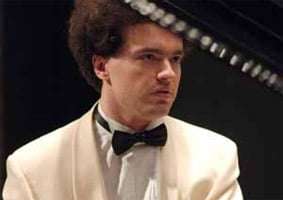 The second half of the recital was dedicated to Chopin, the composer through whom Kissin came to international attention, when he played both piano concertos at age 12 in Moscow. Kissin opened with the late masterpiece, the Polonaise-Fantasie. This was a poised reading, the fantasy sections realised with introspective contemplation, which unfolded so naturally into the more ordered polonaise. Just as Chopin was looking back over his life when writing this work, Kissin seemed to be looking back over his own journey with the composer’s music, shaping the narrative in a restrained manner and allowing it to unfold organically.

Next were three Mazurkas, the first suggesting a hazy sense of longing, and coloured beautifully by Kissin’s velvet right-hand flourishes; the second simple, innocent and charming; the third suitably rustic yet elevated in social standing.

Kissin concluded with a selection of études, astounding example of Kissin’s technical command, as he glided arpeggios, at times pianissimo, without the aid of the una corda pedal or draped then in silk, with filigree unfolding like gossamer threads. No.3 was a lyrical reverie, shaped with freely flexible rubato; No.4 was attacked con brio, every note articulated perfectly, the tension of the mad chase between the two hands reached rousing heights. The cascading runs of the ‘Revolutionary’ Study were seamlessly shaped and phrased; Kissin was so controlled that he took an opportunity to mop his brow when the left-hand played alone. He was never over-the-top, but managed to create a sense of enormity nonetheless.

From Opus 25, in No.5 Kissin varied the phrases beautifully, at first imbuing a sense of impish humour, and later singing the galloping phrases lyrically. The rapid thirds of No.6 were despatched so seamlessly, in almost glissando-like fashion. He closed on No. 1, ending with an appropriately chilly gust of winter-wind, sending the audience into rapturous applause and cueing three encores, the second of Chopin’s Opus 27 nocturnes, shimmering and bathed in moonlight. Then came a percussive, arresting account of the fourth piece from Prokofiev’s Opus 4. Kissin ended with an astoundingly elegant Soirees de Vienne No.6., Liszt’s re-working of Schubert in which the dance sections were simple and innocent and glistening in the light decorative sections, ending in a charmingly hushed pianissimo.