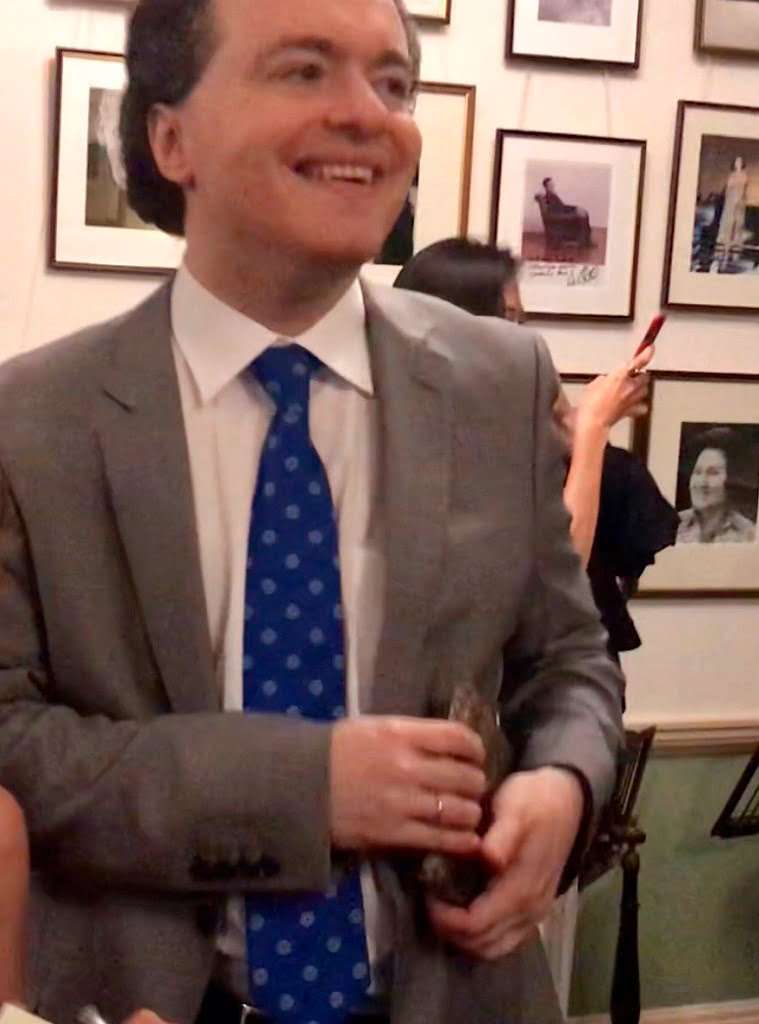 Paris, February 1842, Chopin at the Salle Pleyel. A young critic, Léon Escudier – taking on Liszt as a conjurer of scene – reported the occasion. “A fête”, he wrote, “peopled with people with adorable smiles, delicate and rosy faces, small, shapely white hands; a splendid fête where simplicity was wedded to grace and elegance, and good taste served as a pedestal to wealth.” Fast forward. London, June 2019, Evgeny Kissin at Wigmore Hall. A sold-out, stratospherically ticketed charity recital, drawing a far from familiar audience. One of extravagance and beauty, age and youth, poses and manners. Bare-shouldered ladies, girls in delicate ball-dresses, men from designer stubble and open shirts to Italian chic, beauties and exquisities in every corner of the room, out to make a statement or walk simply in their own quietly coiffeured, perfumed assurance. High business and murmured deals in the aisles. Limousines and chauffeurs crowding down Wigmore Street and its old embrace (the Ferraris were at Cadogan Hall the previous evening for the Trinity Laban do). On the hottest, bluest day of the year (34C), feasting the eyes and senses, this was not a night for the forgetting.

Donating his services – Argerich similarly served SACH last year in Geneva – Kissin’s two-hour Beethoven programme was preceded by fifteen minutes of speeches and a short musically wall-papered Children in Need-style video, in which, among other things, we were told that “congenital heart disease is responsible for more deaths in the first year of life than any other birth defect.”

Once on the grid, Kissin, who hasn’t appeared in the intimacy of the Wigmore for the best part of a generation, offered an essentially popular ‘second period’ Beethoven fest, reminiscent of the kind of programming and repertory Gilels used to be fond of. His playing wasn’t free of slips – the most unexpected being the fortissimo mis-strike in bar 381 of the D-minor Sonata, pressing the drama home forcing error. But the rounded massiveness of full-voiced tone was arresting – the opening C-minor chord of the ‘Pathétique’ plunging and soul-shaking, the ‘white’ blaze of ‘Waldstein’ C-major as intoxicating as a Straussian high noon. Kissin is not a man given to emotional excess; he doesn’t bother himself with spurious ritardandos or crowd-pleasing effects. He gets on with the music (all repeats), leaving points of tension and repose to generate their own electricity, the composer to maintain the grand architecture. The formidable technical machine at his disposal, his recreative acumen, his physically driven pulse, ensure a finely gauged marriage.

The near-chronological juxtaposition of works, the style of their execution, brought to mind a cycle of Symphonies, from post-Haydn to Elysian, fateful fields. Alternatively, a Ninth Symphony precursor, Scherzo placed second (Opus 35), Adagio balm third (Opus 31/2). In any case a credo of assertions demonstrating again, lest we forget, how far into the future, away from easy, pretty boudoir graces, Beethoven had travelled in a space of twenty years, leaving Mozart’s C-minor Sonata or Haydn’s ‘Jensen’ E-flat in another time capsule. A man entering his thirties, fist-shaking and cantering his Grand Mogul “new way” through Viennese society, not a prince or princess immune from his swarthy thrust. Kissin promised and delivered a thrilling journey.

What did we learn from these performances?

‘Tempest’: the pedalled recitatives of the experimental first movement; the richly woven song and decoration of the B-flat Adagio, digging long and low into the primary harmony; the ‘open throttle’ development of the Finale.

‘Waldstein’: first movement subject groups essentially in the same tempo; the precision and absolute balancing of the quaver repetitions, pulsating like a pedigree string quartet in overdrive; the lontano loneliness of the central Introduzione; the clarity and power of the Finale’s semiquaver and triplet work (in many hands a classroom drill, in Kissin’s an epic bronze of fury and fire welded in a thinking man’s forge); the orational projection of the chordal rhetoric, fortissimo and heroic.

The rein on proceedings was tight. Only in the ‘Waldstein’ did an unexpected accelerando in the Finale, bars 378-85 (preceding the decrescendo into the Prestissimo), reveal a mortal yielding briefly to urges within. A touch more of that person, differently, might not have gone amiss in blossoming the pianissimo of the same movement’s ‘Aurora’ passages – but then, given his privacy, this would not have been the Kissin we know. His inner sanctum is rarely for the World.

The Opus 35 Variations and Fugue written in 1802 – drawing bass motif and Theme from the Prometheus ballet, reworked subsequently in the Finale of the ‘Eroica’ Symphony – proved a mixture of big gestures, adrenalin-fuelled cameos, and a fast and furious Fugue sculpted and textured. At one end of Kissin’s reading was the repeated emphasis on the bass-line’s gruff three-quaver figure, taking precedence over the four-note opening motto that ultimately underlines the whole (the Steinway required some mid-register tuning during the interval). More globally was his view of the piece as an ongoing hybrid still in progress, of Beethoven undecided in the direction he wants to go, oscillating between radical introduction, ‘classical’ Variations, bravura etudes, spiky canon, pre-Schumannesque character sketches, and a culminating con brio Fugue framed by reflective (sectionalising) arioso musings on the Theme. In a sense, it all added up – a landmark on the ‘Goldberg/Diabelli’ road leading to Brahms’s Handel cycle. In another – maybe to do with the timings, silences and contrasts of the moment – it didn’t quite.

Standing ovation, cheers from stalls to gallery, cameras flashing. An encore, the first of the Opus 33 Bagatelles, published in 1803, relaxed and semplice, the pianism cultured, echoes of Schnabel somewhere in the wings.