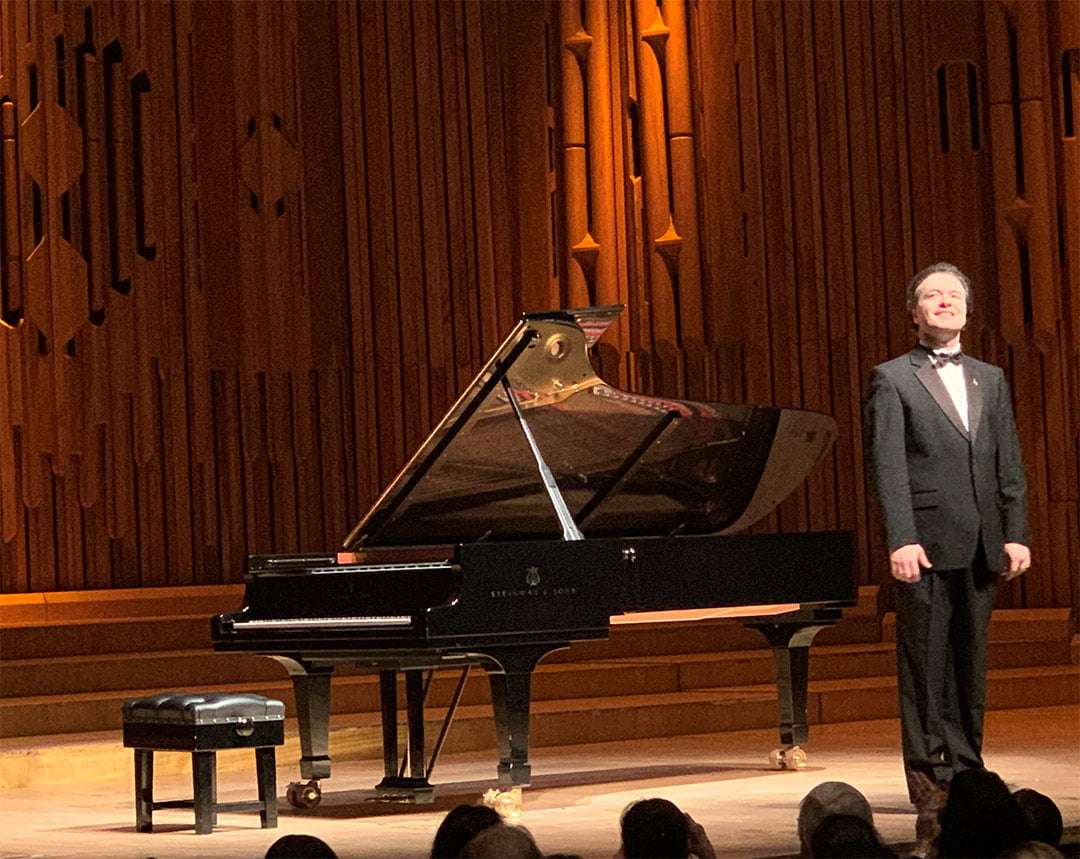 Evgeny Kissin gave this programme at Wigmore Hall as a charity concert in June 2019 – this recital in Barbican Centre’s Hall was similarly a sold-out affair – and he’d also just presented it in Paris. An expectant audience was here, palpably so, and they were not disappointed. Kissin appears the most private of pianists, at the service of the music, only here seeming to notice the audience firstly when acknowledging its applause for the Pathétique Sonata: he seemed taken aback that there were people ‘out there’, beyond the stage.

There was barely any time to settle after the introductory clapping before Kissin was in his seat and playing. It all happened so quickly. And into his intimate world we were immediately drawn: heroic and stormy, being carried. It was good to hear the Grave introduction as part of the exposition repeat, for it lent weight to the turbulence. Kissin offered a measured approach to tempos: clear and defined, giving the whole an inexorable momentum, and done with poise. The combination of profundity and lightness for the finale proved the point that this most agile of readings was from the hands of a master.

And the music-making continued in this vein. What Beethoven does with the ‘Eroica’ theme (used in the Prometheus Ballet and in the finale of the Eroica Symphony) Kissin took up wholeheartedly: this was a performance conceiving the piece as a whole, not compartmentalised. He found the music’s lilt, flow, spikiness and humour, as well as its depths. As ‘complete’ a performance as one could hope for. The ‘Tempest’ Sonata made for a great starter after the interval: shrouded in mystery, this was very much playing to ‘work out’ what’s going on with the notes, and it was done with great confidence. The perfectly nonchalant close pushed the listener away, work completed.

A majestic account of the ‘Waldstein’ Sonata closed the programmed music. Each turn of phrase keenly felt, with a ratcheting of tension throughout the first movement that led onwards and upwards. Head down for Kissin here: the notes from his fingers carving the way forward: much like Michelangelo chipping away the stone to free the statue trapped within. The finale was simply fantastic: huge lines jostling and in focus, bewilderingly so. Simply glorious.