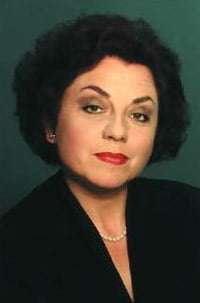 One of the world’s most impressive and individual voices was heard at the Wigmore Hall on this evening: that of Ewa Podleś. Despite her small frame, she has a sizeable voice, a voice that thrills, from a mezzo-soprano top to rich, earthy, baritonal depths. I heard a number of people who had not encountered her previously expressing astonishment and admirations: rightly so. It was not just a matter of the sound but of her ability to tailor the richness, the colours, the weight to the words of the songs.

Two Tchaikovsky items serve as examples. In “Was I not a little blade of grass?”, the sadness of the text, with the repeated line “So this, then, is my destiny”, Podleś’s tone took on an almost doleful sound, dark, mellow, resigned. In “Zemfira’s Song”, however, we were confronted by a string, fiery, defiant young woman, with Podleś using an almost brazen tone to portray the rebellious girl.

It was with Chopin that the recital began, five widely differing songs, from the warrior riding to battle to the bouncing rhythm of “Handsome Lad”. After only a couple of lines of the first Chopin piece, “A girl’s desire”, the Podleś sound was rolling around the Hall, those low notes firm and strong. Rachmaninov’s “Christ is risen!”, sung with a rich solemnity, speaks of the tears that Christ would shed if he returned to earth. To the other two songs, Podleś brought colourful variation, though neither tells a happy tale. 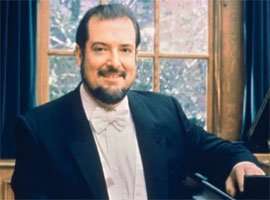 Garrick Ohlsson played Szymanowski’s three pieces that form Masques, producing some light-fingered figurations in ‘Schéhérazade’ and catching the Spanish touch of the habanera, a rhythm which reappears in ‘Sérénade à Don Juan’. He brought out the somewhat jagged contours and cleanly played the descending scales in this trio of impressionistic pieces.

We were left with Mussorgsky’s splendid cycle. Dramatic and powerful at any time, it took on an extra intensity and potency in Podleś’s many-hued interpretation. Death came obsequiously in ‘Lullaby’ as Podleś drained her tone a shade, a conman preying on a grieving mother. in ‘Serenade’ it was a mesmerizing Death, while in ‘Trepak’, Death is “caressing a peasant”, and the rhythm grows stronger, the voice building in volume and intensity. Perhaps, just perhaps, Podleś’s vocal armoury, its colours (oil paintings juxtaposed with pastel sketches), its power could be said to be on the rampage in ‘The Field Marshall’, with raw, baritonal timbre as Death ensured that “your bones can never abandon the cover of the tomb”. I have heard, live or recorded, many performances of this cycle (mainly by men), but this one was engulfing in its sheer power. Here, as elsewhere, Ohlsson provided fitting colouration for the grim, rebarbative figure.

There will be, I am sure, those who thought that the Polish contralto went over the top: hers is the kind of approach that arouses such reactions. I found her absolutely thrilling, a real dramatic contralto. Ewa Podleś is not often heard in London (Covent Garden has ignored her for sixteen years or so). I thank those responsible at the Wigmore Hall for presenting this enthralling recital, which was recorded for the Wigmore Hall Live series. I, and others, hope that she will be invited back soon.