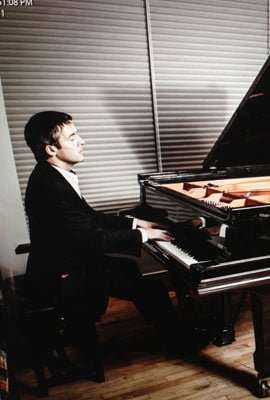 If this had been a World Cup football match, France would have been playing Argentina and the final result, following a pulsating match, an honourable draw, three goals each.

Referee Leonard Slatkin, with his Detroit Symphony officials, allowed the first strike for France, a slightly off-side opener by Maurice Ravel, his orchestral debut, not beyond criticism for repetition but highly infectious in its exoticism and tenderly heart-breaking melody; and what an action-packed performance this was, vibrant and sensitive.

Don’t worry, the soccer references will soon be red-carded, but not before the side currently behind hits back, through Argentina’s ace centre-forward, Alberto Ginastera (1916-83). I first heard his Piano Concerto No.1 from a Boston Symphony/Erich Leinsdorf RCA LP; João Carlos Martins was the soloist and the other side was Variaciones concertantes. In London 2003, Slatkin conducted PC1 with Rolf Hind (review-link below, if not written by me, but I was there). Both of Ginastera’s Piano Concertos are recorded on Naxos.

This DSO account of No.1, with Simon Mulligan, made a terrific impact, bringing-alive music that is gritty, combative, strikingly dissonant and percussive and also rarefied and eerie when not being eruptive and thunderous. Fantastical, too, in the second movement, and the third one (marked Adagissimo) is intimate and impassioned, and opened here with a very personable viola solo. The four compact movements (the final wild-horses ‘Toccata’ was taken up by Emerson Lake and Palmer) pack a lot into 23 or so minutes. A nonchalant-looking Mulligan, as happy in the jazz world as he is in the classical, was a stunning advocate for a piece that emerged here as a revelation and the DSO and Slatkin were similarly enlightening. Not much need for a half-time team talk! 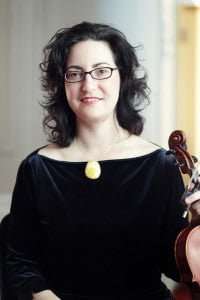 If this were not enough for a Friday-afternoon voyeur in London (the concert itself was a morning affair), then step-forward Isabelle Druet, who in Ravel’s Hebraic settings brought rich and poised singing, investing much expression, and acting with the voice, to make these miniatures wonderfully evocative, deeply emotional and very specific; quite haunting. They and she made a big impression, as she also did in Ravel’s ‘other’ Shéhérazade, Druet absolutely alluring in ‘Asie’, somewhat operatic, a magnetic seductress … dangerous! The ‘enchanted flautist’ in the next number was David Buck and the finale, ‘L’indifférent’, unbearably poignant music from the interior and almost impossible to describe, found a rare compassion. Isabelle Druet is on my must hear/see again list.

Not to be outdone, and she wasn’t, between the two Ravel vocal pieces, associate concertmaster Kimberly Kaloyanides Kennedy gave Ginastera’s Pampeana No.1 (there are three), for violin and strings (originally with piano), evocative lyrical music contrasted with folk-fiddling in a gypsy encampment (maybe); a range of emotions, anyway. As for the dances from Estancia (1941), the first suggests that Alberto got to West Side Story before Lenny, and with much poetic beauty elsewhere – the conjuring of wide-open spaces – and then rough and tough cattlemen arrived before the final ‘Malambo’ takes all before it! The latter may have its reappearances, but they were welcome on this occasion!

Cards on the table, Ginastera’s music tends to pass me by (aside from the Variaciones and his final work, Popol vuh), but this concert offered much that were ear-opening disclosures; “sonic colours” (Slatkin), yes, but a lot more as well.