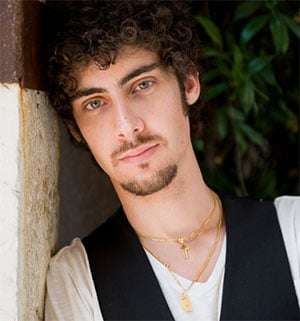 At the age of 24 Federico Colli took First Prize at the 2012 Leeds International Pianoforte Competition; on the evidence of this Southbank Centre International Piano Series recital, rightly so. The nattily attired – with a turquoise cravat setting off a mid-grey suit – Colli, opting for ideal minimal lighting, chose a demanding programme, one with no hiding place, opening with a Mozart Sonata that received a jewel of an outing, sparkling and expressive on the warm-sounding, agreeably balanced Fazioli. The Andante middle movement was full of pathos, staccatos distinguished from other notes and harmonic intricacy made lucid, and the Presto finale wasn’t rushed but given with exuberance to complete a conception of vitality, clarity and sensitivity.

Qualities that also informed the ‘Appassionata’ Sonata, here full of atmosphere, dynamism and drama. Colli was always on the cusp of something, and when he got there it was thrilling, opening up this familiar work with a new potential, whether in subtle interplay or full-throttle but never crude emotionalism; in titular terms, Berio’s ‘points on the curve to find …’ (for piano and ensemble) came to mind: in his reading of Beethoven, Colli knew where each one was. He seemed to almost extemporise the second movement, so fresh were its rhythms and its slants, becoming a calypso-like slink, and the finale – sadly shorn of the repeat of the development section (Beethoven’s odd request surely makes it mandatory, and Colli was very generous with reprises in the Mozart) – was nevertheless a tour de force through its unforced but magnetic course culminating in a scorching coda that was fierily virtuosic and also a demonstrative release of what had gone before.

By now Colli could be reckoned a pianist of enviable technique, imagination and musicianship. But the Schumann, a big and deep work of contrasts and of musical and emotional complexity, was less convincing. It’s a difficult work to bring off, and although Colli was always well-matched with the muscular writing, and he lacked nothing in bringing out a heartfelt refrain or a tender aside, he indulged the work and made it seem more rhapsodic than ever; easy to lose its thread. The Adagio introduction, while richly sounded, was also too loud, and the main Allegro was rather broken up, the lack of an exposition repeat foreshortening the movement. However, with the second-movement ‘Aria’, an exquisite miniature, Colli produced music of poetic wonder. The following scherzo was just a little too angular, although its distinct trio and intermezzo were beautifully nuanced, and although Schumann anyway runs a dicey line in the finale between striving and reflection, Colli’s rumination rendered the movement ‘all at sea’ despite his undoubted romance and big-hearted and enquiring personality.

His encore though was delightful, ‘Dance of the Sugar-Plum Fairy’ from Tchaikovsky’s The Nutcracker, presumably in Mikhail Pletnev’s transcription, which showed Colli as a master puppeteer, pulling all the right strings, and magically touching and colouring the music; here’s some pizzicato tread, now a tinkling celesta and … wait … a sultry cor anglais. Make no mistake, Federico Colli has the world at his fingertips.