Elgar
Introduction and Allegro, Op.47
Mozart
Clarinet Concerto in A, K622
Bowman
I would sing a little while 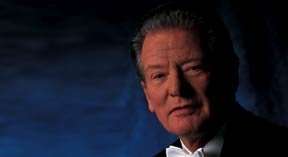 This Sunday afternoon concert featured the first of two programmes in which Sir Neville Marriner conducted the Melbourne Chamber Orchestra in the superb new Melbourne Recital Centre’s Elisabeth Murdoch Hall. Despite the varying quality of the music and, on the odd occasion, its execution, it proved to be a very memorable occasion indeed.

Not only are the MCO’s players possessed of a youthful vigour (most of them appear to be in their 20s) to match their impeccable musicianship; their Artistic Director, William Hennessy, was both the founding deputy leader of the Australian Chamber Orchestra and a member of the Academy of St Martin-in-the-Fields. So it was no surprise that under Neville Marriner the MCO turned in a brisk, muscular performance of Elgar’s Introduction and Allegro. 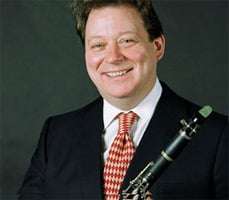 Marriner’s son Andrew then joined the now-expanded orchestra for a perennial favourite, Mozart’s Clarinet Concerto. Chief among the qualities of Andrew Marriner’s playing were a warm, floating tone and some exquisite phrasing. A fluffed note in the Adagio and some less than smooth runs in the outer movements were easily overlooked as minor blemishes on what was a beautifully conceived performance.

Completed in 2007, Australian organist and composer Calvin Bowman’s song-cycle for soprano and string orchestra “I would sing a little while” was commissioned by the MCO; in the same year, Dr Bowman assumed the role of Associate Artistic Director of the orchestra. Framed by a Prologue (a setting of Penelope Alexander’s ‘I would sing a little while’) and Epilogue (James McAuley’s ‘Through an Upstairs Window’), the cycle comprises attractive if sometimes dangerously saccharine settings of poems by Australian poets, including David Campbell, John Shaw Neilson and Chris Wallace-Crabbe.

Melbourne soprano Jacqueline Porter gave the premiere performance of the cycle in 2007 and appeared completely comfortable with the work. However, despite her bright, clear voice and obvious interpretative gifts, she failed fully to engage the audience. One never quite believed her.

The programme also featured two extra items: a crisp, gutsy performance of the ‘Praeludium’ from Grieg’s Holberg Suite, which the players tackled standing and with Hennessy leading from the violin; and Grainger’s Irish Tune from County Derry (Londonderry Air), which Marriner conducted with obvious relish.