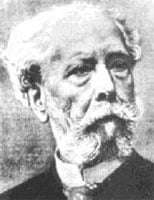 University College Opera has given some notable first UK stagings during its long and distinguished history, but this one came close to presenting a first one anywhere. Completed in 1868, Edouard Lalo’s “Fiesque” only received a complete (concert) airing in 2006 and its first production followed in Mannheim last year. Perhaps, given that it was the 45-year-old composer’s first large-scale work and took only third-place in a state-sponsored competition, Lalo put the disappointment down to experience; content to refashion its content in a number of later pieces. A pity, as “Fiesque” is surely among the more notable operatic debuts – compensating for its passing dramatic uncertainties with a theatrical potency and musical dynamism that should have been precursor to a series of operatic successes.

With a libretto by politician and republican sympathiser Charles Beauquier, based on an early novel by Schiller, the opera centres on a 16th-century resistance leader whose charismatic yet vainglorious tendencies prove to be his downfall (Coriolanus may have been the model, but Fiesque’s character is less subtly drawn). The drama concerns his apparent love for Julie – daughter of the Doge of Genoa, Andreas Doria, whose autocratic rule Fiesque has been long in actively opposing – to the despair of his wife Léonore and also the consternation of his fellow republican Verrina. A circuitous but never unmotivated plot culminates in the violent overthrowing of the Dorias, then Fiesque’s death at the hands of Verrina – afraid that his ally is intent on staging a coup d’état in a bid for supreme power. 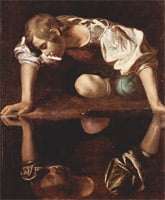 An opera, then, that could all too easily descend into crude melodrama. That this is avoided owes not only to Lalo’s music but also to UCO’s staging. Unfolding over three acts and six scenes, “Fiesque” has both a thematic cohesion and dramatic tautness. Character development proceeds with a musicalintensification that is potently maintained over the opera’s two-hour span, with the needs of the plot closely linked to the integration of the various arias and ensembles into an ongoing dramatic whole. Director Emma Rivlin reinforces this in a staging that, while never insipid, avoids imposing itself on the opera’s content. The latter’s basis in emotional and social unrest is not overlooked, but held in check by a clear-cut visual approach – abetted by Becs Andrews’s economical designs and also Alexie Kharibian’s unfussy costumes – that also draws on paintings by Caravaggio, notably his evocation of Narcissus, to point up a wider human context as well as the main protagonist’s fatal character flaw.

As so often in UCO productions, the opera is cast from strength. David Curry is a near-ideal Fiesque, conveying the hero’s suavity and magnetism as keenly as he does the self-doubt when reflecting on a dream in which he is crowned Doge, or his unwitting arrogance at the close. Admirable yet inflexible inhis dogged integrity, Robert Davies is a fine Verrina – a man focussed on principle rather than person to the extent he would rather see the death of the people’s champion than to risk the cause of their struggle. The two female roles are pertinently contrasted: Maggie Cooper an eloquent Léonore whose heartache is mirrored in some of the most affecting passages (if Verdi is the key influence on the opera’s dramaturgy, Berlioz is its main musical presence), and Alison Crookendale a pert, coquettish Julie whose exposure as Fiesque’s enemy is an unexpected ‘twist’ that is well accommodated here. AdamGreen is persuasive as Hassan, the ineffective assassin turned informer whose ‘enabling’ role during the earlier part of the opera is vividly and rightly exploited. The smaller parts are all decently taken, notably Carl Gombrich as the avenging Gianettino whose role could profitably have been extended.

Conducting his seventh UCO production, Charles Peebles keeps the work moving at all times – mindful of the pace with which Lalo traverses the drama without neglecting its capacity for more considered expression. The chorus’s visceral contribution to the crowd scenes, which are a notable component of this opera, was uniformly excellent; the orchestra admittedly struggles with a few of the composer’s more exacting requirements, though if the Prelude to Act One could have evinced a greater dynamic charge, the intermezzo before Act Two had a delightful lightness of touch and playing throughout the final scene lacked nothing in dramatic sweep. It is, presumably, stage considerations that see Fiesque strangled rather thrown to his death in Genoa’s harbour: dramatic license that does nothing to offset the emotive force of the denouement, or the conviction with which UCO has brought Lalo’s opera to life. Be sure to catch one of the remaining three performances of this absorbing production.