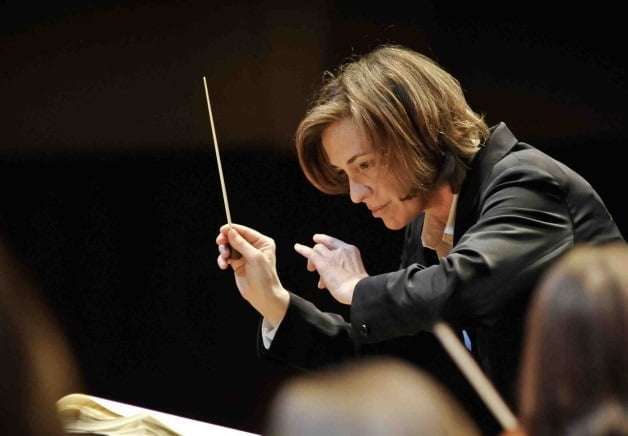 Laurence Equilbey has for some years been an inspiring voice in the French choral and ‘period’-instrument movement, noted for her innovative programming, challenging music-making and charged temperament. Her platform manner, quiet yet commanding, is distinctive – furrowed brow, spur-of-the-moment smile, the sudden expressive glance. Cajoling, coaxing her players, jaw set firm, she uses her eyes tellingly, strong private intensity lurking behind the public mask. More than once dispensing with the baton, her hands are expressive, now lyrical, now clawed with tense drama. Her habit of preparing and sending the music on its way, stooping to fine-tune detail, standing proud to the sweep of the moment, leaves no doubt of her involvement. She’s a determined, brilliant communicator.

Equilbey established the Insula Orchestra in 2012. Favouring core classical-romantic repertory, and emphasising what she calls “emotional and stylistic research”, it’s a small band with a big heart, a supportive, attentive chamber group (strings 10.8.6.5.4) who think and deliver symphonically with a zest and awareness to behold. The first-desk leadership (Stéphanie Paulet, Aude Caulé), wind principals and timpanist set the bar particularly high.

In the 2014-15 season Equilbey presented a Paris programme, Battaile et Victoire, including Beethoven’s König Stephan score. It was a gripping evening, her credentials as an enraptured Beethovenian nailed firmly to the mast. This all-repeat ‘Eroica’, webcast from the Philharmonie de Paris’s “Figures Féminines” series, re-lit the fire. Here was a journey of dances and funerals. Natural horns and trumpets tolled, rasped, glowed, and the strings urged between gruffness and feathering. Seizing one by the throat, the hard-sticked kettle-drums, elegant one moment, a fury of cannon and musket the next, inexorably fateful and interesting, were something out of ‘rescue’ opera. Recently back from a Beethoven cycle in Sydney with Jos van Immerseel and Anima Eterna Brugge, Koen Plaetinck is nothing if not an imaginative master player. The complete thespian. 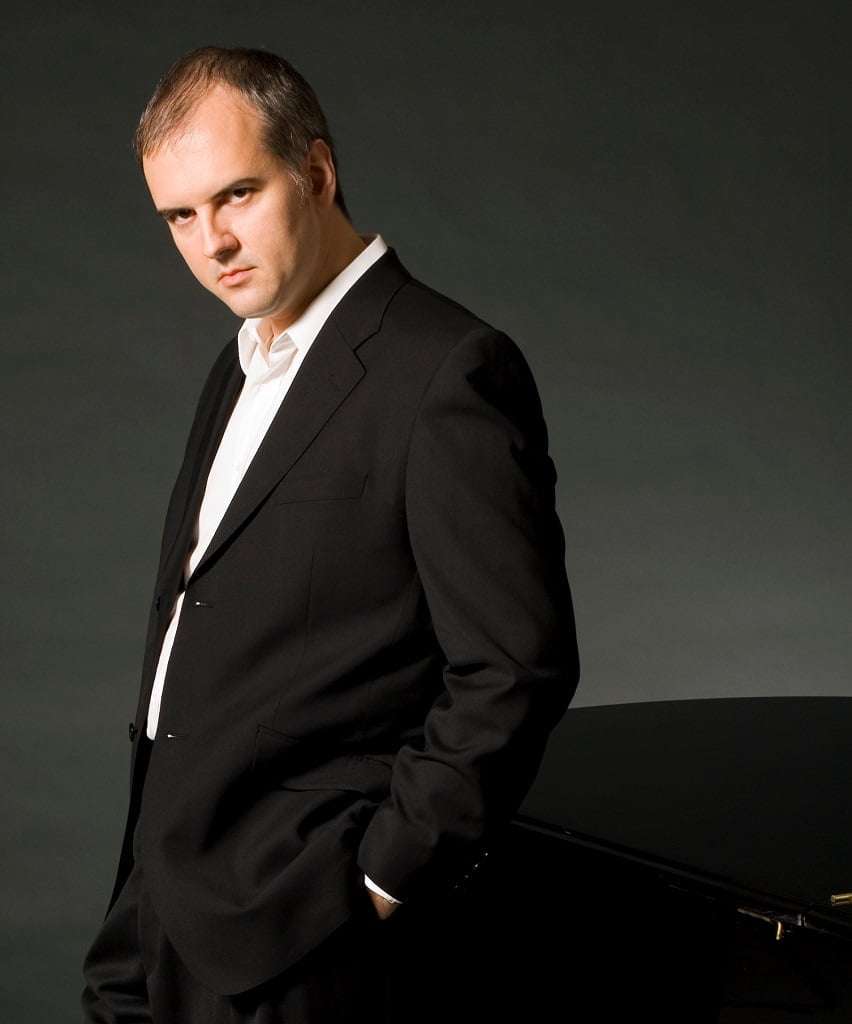 Equilbey’s view of the work was unequivocal yet pliant. She argued the first movement, the development of the second, and the variations of the last strongly, with unswerving clarity. She took time to pace and grow the coda of the first, placing the descending E-flat, D-flat, C progression at the start (bar 553ff) with a drawn-out beauty of tone and ensemble. The ‘Marche funèbre’ was epic, the climaxes intoxicating, a field mass for heroes sounded and percussed before being fragmented into dust. In the Finale (bars 20-27 pizzicato rather than the more rarely heard arco implication of the score) her quickening G-minor episode (played again as an encore, players standing Baroque-style) caught the music’s Hungarian pulse with attitude and swagger.

In the first half Nicholas Angelich offered a cultured reading of the Fourth Piano Concerto. He’s a pianist of impeccable style and polish, as happy to take cues from the conductor as watch and interact with the orchestra. Here was a compatible partnership, keenly responsive, with an acute sense of style and balance, yet allowing for individuality. The piano, a vintage albeit 20th-century-construction Pleyel, luminously transparent with a light bass, suited the ‘authentic’ approach. Equilbey held the music under firm rein, yet was sympathetic to Angelich’s lyrical reflection, shaping cadences and preparing entry points with breadth and tasteful grammar.

Angelich has always been a thoughtful pianist, and the first-movement cadenza, the long one, showed him clearly understanding it, Brendel-like, as a subsidiary development integral from the outset to the structure and dynamic of the movement. He projected it beautifully, a keyboard debate rather than technical showcase placed musically somewhere between the ‘Appassionata’ and Schumann. Elsewhere, there was much to admire in the power finishes to the outer movements; the conception of the Andante – short orchestral attack, sustained solo rejoinders; the flowering blooms of hushed, contrasted melody; the swings of key to distant galaxies.

His encore, the first of Schumann’s Kinderszenen, ‘Of Foreign Lands and Peoples’, captured an old-world poetry of perfumed longing and lingering. Intimate, exquisite, refined – and a moment of lower-register voicing to die for.