Award presented by His Royal Highness The Prince of Wales 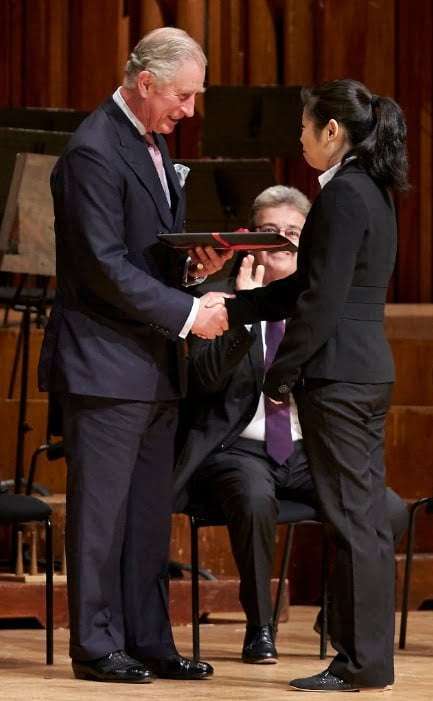 The latest fixture of the long-running Donatella Flick LSO Conducting Competition opened with a hat-trick of Egmont overtures. Elim Chan (aged 28, born in Hong Kong) led off with a thoughtful and poised account, measured and dynamic and with impressive integrity across the whole. Jiří Rožeň (aged 23) encouraged something gruff and urgent, lithe but rather ordinary. Mihhail Gerts (aged 30) knows all the moves but his conducting of Egmont lacked tension and was smooth enough to be vague in terms of character and some detailing. Not one of these conductors managed to start the piece with unanimous ensemble.

The need for each competitor to get a share of the Stravinsky and Rimsky pieces proved unsatisfactory. Scheherazade’s four movements divide unequally between three conductors and while the Stravinsky might be numerically exact the final two movements play continuously, or are meant to. Thus the Stravinsky was first conducted by Rožeň, gritty and incisive, yes, but somewhat under the tempo marking of “Crotchet = 160”, so what was gained in rhythmic clarity also drained the music’s drive (and the ‘scorched earth’ wartime images that inspired it). Rožeň kept things on the road, but textures could be too rough-hewn as well as dynamically unrelenting. Chan returned for the second movement, a little stiff if secure and yielding magically for Bernadette’s mysterious appearance (Stravinsky rescuing music from a failed film project), but the music should continue into the finale, but here simply stopped. Worse, the bars that link the two movements were omitted, Gerts going straight into the striding music if, again, short on tension and with a cautious tempo. 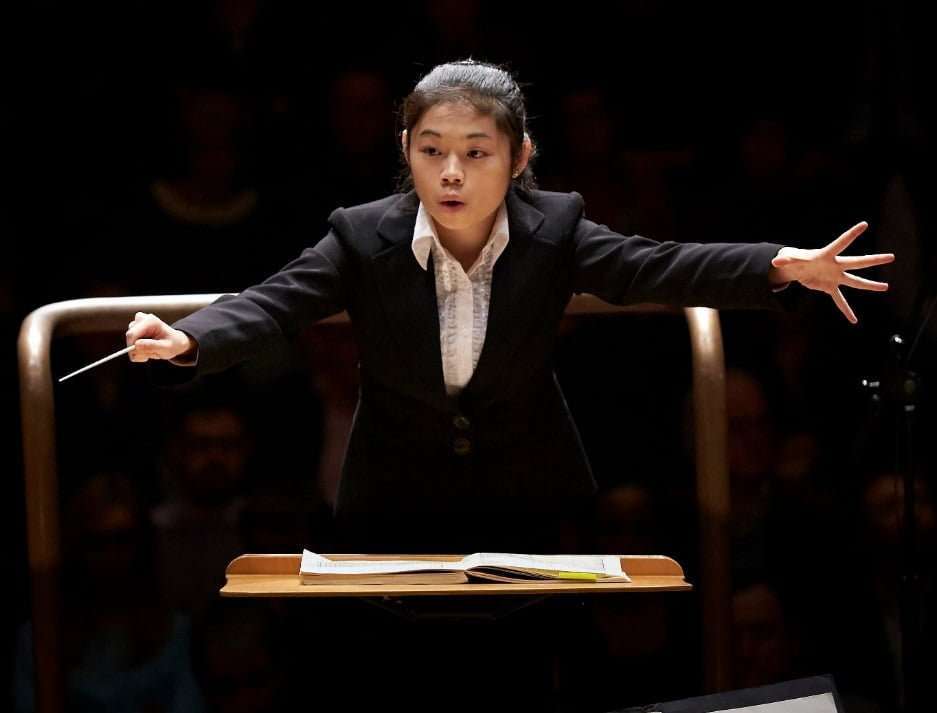 During the interval a group discussion found me isolated through favouring Chan.

After said interval Gerts made his biggest impression with the first movement of Scheherazade, full of imagery, romantic sweep and fantasy. Chan was allocated the next two movements – the lion’s share – peering into the music’s possibilities and retaining composure, with a nice swing to ‘The Story of Prince Kalendar’ and poetically turned phrases in ‘The Young Prince and Princess’, intensely sustained and with a delicious sense of whimsy, as in Chris Richards’s clarinet solo. However it would be idle not to mention that both movements dragged at times.

The LSO’s programme requested that applause should be refrained from until works had been performed in their entirety. On most occasions, this is a totally reasonable appeal (not that it should need to be made) and was here flouted at every turn, itself quite understandable given the Symphony and Suite were broken up, although clapping after Rimsky’s second movement annoyed given that Chan was also conducting the next one. Much more unreasonably, those that left their iPads and mobiles on, and were texting while the music was underway, are selfish and uncaring…

Rimsky’s finale returned Rožeň to the podium and he enjoyed the LSO’s very particular virtuosity, but, like his fellow-participants, he was accepting of the orchestra’s aggressive percussion, thumping timpani and dominating brass. On the positive side, Carmine Lauri’s violin solos were sensuously expressive, as were other contributions, not least from Timothy Jones on horn.

There was a strong case for not awarding the First Prize, for each conductor had notched up pluses and minuses, and perhaps offering each one a proportion of time to assist the LSO rather than the whole year would have been fair. That no doubt being impractical, and given that she had gained greater plusses, in my book anyway, I am delighted to say that Elim Chan was the Winner. Well done Jury, although sadly Pierre Boulez withdrew from Service. I was with Chan all the way (and I have those intermission witnesses), from Egmont onwards. Being smug is probably not a nice quality, so shall we just say that I feel vindicated, and I wish Elim Chan all the very best, similarly to the other two Finalists and to the remaining seventeen conductors who had been chosen for the three days of competitive exposure that they underwent.