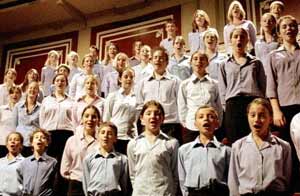 A familiar fixture, Finchley Children’s Music Group here marked its 50th-anniversary with this enterprising and well-planned concert that evinced a decidedly seasonal focus.

Opening each half was a classic of its genre. Written only a year after the seminal Musique funèbre, the “Three Children’s Songs” (1959) confirms that Witold Lutoslawski had by no means lost his popular touch: with the idealised singing-lesson of ‘A Night in May’ being followed by the lively description of ‘Windowpanes of Ice’ then concluded by the wistful manner of ‘In Every Seashell’ – even though the music at times sounded disconcertingly like John Rutter sung in translation.

More substantial though no less disarming, Aulis Sallinen’s “Songs from the Sea” (1974) was performed in Michael Hurd’s English version – here the meditative calm of ‘Sea Prayer’ was followed by the robust vigour of ‘Shipshape’, the ominous intensity of ‘Sea Danger’ and rapt eloquence of ‘Ballard’ to make a highly effective cycle. 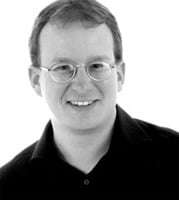 Following each of these was a large-scale cyclical work commissioned for the occasion. In “Hototogisu”, James Weeks sets seventeen haiki by the Japanese poet Basho in a sequence of four times three settings, separated by interludes and framed by a prelude and refrain whose literal repetition at the close yet failed to bring the work full-circle as no doubt intended.

Employing both conventional and graphic notation, there was some imaginative writing here (as one might expect from the conductor of the superb vocal ensemble EXAUDI), given context by a resourceful contribution from two pianos, though at just over 25 minutes the work did outstay its welcome. The FCMG was adept in switching between the Japanese and English settings, while an attractive touch was provided by choir member Gabriella Luder’s drawings, projected in time with each haiku in a telling equivalent of sound and vision. 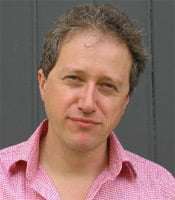 Photographs of the Cornish coast by Gavin Goulder were chosen to accompany John Pickard’s “Song of Rain and Sea”. Best known for his impressive orchestral and chamber output, Pickard has essayed several major vocal works over the last decade – most notably the oratorio “Agamemnon’s Tomb”, to which the present work is an admirable foil.

Poems (written and sung in English) by Icelandic poet Sigrún Davídsdóttir chart a logical yet heady seasonal cycle: the outgoing vigour of ‘Summer’, with its indelible tune redolent of Malcolm Arnold; a plaintive ‘Intermezzo’ that acts as the transition to ‘Autumn’, whose dynamism is underpinned by relentless ostinatos on percussion; then the elegiac evocation of ‘Winter, before the accumulation of energy in ‘Spring to Summer’ climaxes with a return of the opening music to provide a coruscating conclusion.

Entertaining but not in the least didactic, the work presented challenges such as FCMG responded to with gusto, and deserves to be taken up by enterprising junior choirs everywhere. Suffice to add that Grace Rossiter secured a convincing first performance, whose occasional rough-edges will no doubt be smoothed away on future airings. It rounded off a fine testament to what this choir has achieved during the first fifty years of its existence, and to what can be expected from its next half-century.