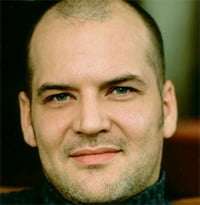 Florian Boesch is one of the leading young Lieder baritones, but this BBC Radio 3 Lunchtime Concert also served a reminder on the importance of the role of the ‘accompanist’, and how both Schumann and Schubert put theirs on a par with the singer. As Boesch noted when introducing his encore, Dichterliebe is something of a song-cycle “for piano with vocal accompaniment”. He was being modest regarding his own contribution, but from the opening pages it was apparent that Malcolm Martineau had each phrase intensely calibrated to secure maximum emotional input. The shaping of the left-hand in ‘Im wunderschönen Monat Mai’ was particularly notable, as was the postlude to ‘Die alten, bösen Lieder’, rubato beautifully chosen and applied, and the final note an age in arriving but carrying all the more impact when it did.

Boesch was commendably understated in the quiet music. His is a baritone of clarity with a steely edge when called for, and he opted to use this edge to his fortissimo tone on only a handful of occasions, throwing the text in to sharp relief when he did so. It was therefore the softer singing that made a strongest impact, and in ‘Die Rose, die Lili, die Taube’, despite the urgency of the song, his quiet restraint was notable – as it was again in the following ‘Wenn ich in deine Augen seh’. The raw power brought ‘Ich grolle nicht’ special emphasis, but none of the sixteen songs in Dichterliebe carried the weight of ‘Ich hab’ im Traum geweinet’ (I wept in my dream), which had clipped and worrisome piano chords to back Boesch’s softly anguished voice. 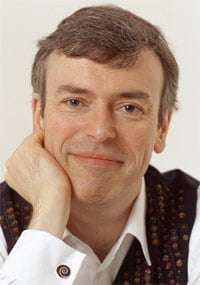 Following the dark poetry of Heinrich Heine with the Schubert songs Der Tod und das Mädchen and Erster Verlust was a daring move, for it made an already bleak recital darker still. Boesch certainly brought a cold frisson to the former, his low ‘D’ at the end a remarkable piece of control, while in the latter there was a strong sense of longing. ‘An mein Herz’, the next song, became laden with sarcasm.

From this point onwards the recital assumed a more optimistic subject thread, with Widerspruch introducing some welcome humour, An die musik a warmth of expression and Frohsinn (Cheerfulness) the added visual aid of the performers clearly enjoying themselves. As an encore we returned to Schumann and Heine, though this time the mood was more light-hearted for a graceful interpretation of ‘Mein Wagen rollet langsam’ (Opus 142/4), led once again by Martineau, whose pointed and detailed accompaniment complemented Boesch’s unfussy but beautifully responsive delivery.