Occasionally superlatives are redundant and anyone with ears to hear knows instinctively that something exceptional is happening. This was one of those rare occasions, a concert at once polished and spontaneous, yet penetrating musically and one where even in retrospect one would not have wished a single note different. 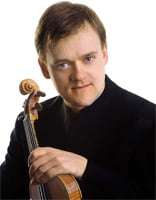 Frank Peter Zimmermann is undoubtedly one of the great ‘classical’ violinists following in the line of players such as Wolfgang Schneiderhan and Szymon Goldberg. A supreme stylist in the Austro-German repertoire, he plays a Stradivarius that once belonged to Fritz Kreisler and at certain moments in this recital it seemed as though his sound had a Kreisler-like sweetness. Less well known (perhaps) are his two younger collaborators. The Swiss violist Antoine Tamestit, a student of Tabea Zimmermann, recently gave a notably fine concert at Wigmore Hall with Lisa Batiashvili and is clearly an instinctive chamber-music player. The cellist Christian Poltéra is also Swiss and he gave a classic account of this very Mozart Divertimento with Nikolaj Znaider and Lars Tomter as one of the highlights of the Risor Chamber Music Festival 2006.

Beethoven’s three early string trios, collected under Opus 9, have been rather neglected by comparison with his six Opus 18 string quartets. To hear the first and third played with this degree of polish and profundity (the Andante quasi allegretto from the second Opus 9 trio was the evening’s encore) makes one realise that their relative neglect is completely unjustified. The one in G major is an amiably discursive work whilst that in C minor – as one would expect given the key – is altogether more concentrated and dramatic. The musicians found an exploratory quality to No.1’s introductory Adagio, precisely placed accents in the second subject, a perfectly judged tempo for the slow movement – Adagio ma non tanto e cantabile – a light-footed lilting touch to the scherzo and an explosion of sheer joy in the finale.

Even more impressive was the suppressed sotto voce tension of No.3’s opening Allegro con spirito – Beethoven in Celtic-jig mode – which caught exactly those abrupt switches of direction and yet generated formidable weight and unanimity at the movement’s climax. The exploratory Adagio was poised and perfectly blended, notable above all for the exquisite sound-quality of the violin and viola cantilena, whilst the scherzo (Allegro molto e vivace) reached an explosive climax, powered along by precisely observed accents. Only in the Haydnesque finale did one feel that Beethoven’s inspiration was not quite on the same level as the three preceding movements.

In both works one had that sense characteristic of all the very best chamber-music-making of a rare give-and-take, of all three players responding almost instantaneously as a living organism to what the others were doing at any one moment; seldom either can Beethoven’s precisely articulated instructions as to each movement’s essential character have been better understood and implemented. 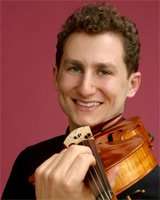 Mozart’s Divertimento for string trio is one of those feel-good works that seldom fails to lift the spirits. However there is a world of difference between the merely adequate and what we were given on this occasion. From its gentle unforced opening, with ornaments precisely in place and dynamics comparatively restrained, there was an Apollonian grace and subtlety to this playing. The succeeding Adagio achieved a miraculous blend of purity and passion – the return of the cello, which somehow prefigures both the muttered close of Schubert’s String Quintet and the dogs rattling their chains in “Winterreise”, was exceptionally potent. Both Minuets were exuberant but perfectly focussed, the second echt-Viennese but without resort to parody.

However, perhaps the most revelatory aspects of the were to be found in those two movements which, whilst never less than agreeable, can sometimes seem to outstay their welcome, In the Andante fourth-movement there was a slightly Alt-Vaterisch quality to the theme, “a tidied up folk-tune” to quote the programme note, whilst each succeeding Variation brimmed with character, archaic in the manner of the Armed Men from “Die Zauberflöte” (The Magic Flute) in one, joyously exuberant in the release of the final quodlibet; and the finale’s airy grace – music which can sound trite if pushed – was all the better for a very slightly relaxed tempo.

Throughout it sounded as though we were eavesdropping on an unforced conversation between three old friends, each supremely confident in each other’s company. This was a miraculously complete exploration of a great work.