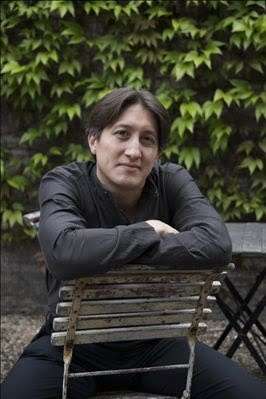 The virtuoso wunderkind of two decades ago may have toned down his signature impetuosity in favour of more stylistic considerations, but only a bit – and in this respect, this recital wasn’t in the same league as his excellent QEH appearance in 2013. Freddy Kempf has been busy broadening his repertoire, with great success in Prokofiev and Gershwin, and he remains most at home with the extrovert late romantics.

If only he could relax more and let the music take over – Beethoven’s ‘Pastoral’ Sonata, one of his most genial, was too pressurised, with the result that the first movement’s lyricism had its work cut out winning over the angular contrapuntal interjections, which are surely meant ironically. His urgency also threatened the off-the-cuff brio of runs and decorations, something that became more prominent in the Andante. Again, his dogged approach, with aggressive, over-emphatic sforzandos, stood in the way of one of Beethoven’s most poised, melancholy movements, and one that the composer was very fond of. It was a reading that bent Beethoven to over-romanticised ends, at the expense of charm – valid in its way but out of character.

Kempf’s performances of two Chopin Polonaises expanded on his explosive subjectivity, reasonably contained in Opus 40/2, although taken at a speed at odds with the Maestoso tempo indication. Opus 44, though, was over-the-top excessive. It’s among Chopin’s greatest extended works. Kempf sounded as though he was filtering it through Liszt in mega-Mephisto mode, and the end-result was wilful and scrambled. He took it at a devilish speed, which, even with his formidable technique, inevitably led to loss of detail and a few smudges. It was a relentless remove from the tragic grandeur that defines this music, to which virtuosity, however dazzling, is the medium, not the message. We had to wait for the Mazurka section and the coda to be reminded what a sympathetic Chopin player Kempf can be.

Then, frustratingly, in a display of unerringly connective playing, Kempf went on to give a magnificent, idiomatic account of Tchaikovsky’s ‘Grande Sonate’. It’s a piece that can pulverize the listener with its symphonic aspirations and overblown rhetoric, with some performers happy to treat it as a massive extension of the Piano Concertos. In much the same way that Mozart’s Concertos can be heard as abstract mini-operas, Kempf had a clear idea of its closeness to Tchaikovsky’s distinctive ballet style, so that every gesture was loaded with dramatic presence. Most importantly, he was sure of its scale and spirit, ambitious but never pretentious – and, at just over 25 minutes long, a colossal 10 minutes shorter than one portentous recording I have heard. Authoritative and entirely in character, and unfazed by a broken high string, Kempf made me reconsider a piece that I’d felt spoiled by bombastic overload. His encore was the poignant ‘October’ from Tchaikovsky’s The Seasons, confirming the pianist’s Russian empathy.