This programme, “Darkness and Light”, part of Southbank Centre’s Messiaen festival, featured a world premiere from Diana Burrell and a comparatively rare performance of Messiaen’s most radical organ work.

It began, though, with a group of short pieces by Stravinsky. The Brooks Quartet (its members currently based at the Royal Academy of Music) gave a confident rendering of the Three Pieces (1914), notably the rapt intensity of the final one. This is a work that ushers in the composer’s so-called ‘Russian’ period, whereas Double Canon (1959) – in memory of painter Raoul Dufy – is an austere piece in his most rigorous serial idiom and was given with deft restraint. Interesting how, in the evolution by rotation of its basic cells, it should resemble the early and tonally euphonious Pastorale (1908) – here given in its piquant arrangement for violin (Katie Sharp) and woodwind quartet. 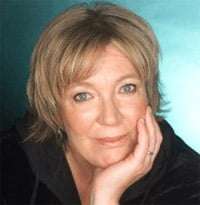 There followed a new work by Diana Burrell, the first in a series entitled Horae Canonicae, which will consist of pieces placing the organ within varied and ever-changing instrumental contexts. Umbra duly combines it with an ensemble rich in low sonorities – bassoons, tubas, double basses – with gongs and tam-tams. Outwardly, the 15-minute piece seems to progress from activity to near-silence and back, drawing upon a wide range of organ timbres set in relief by the instrumental ensemble (and whose glowering sonorities bring to mind the uncompromising Composition trilogy by the late Galina Ustvolskaya). The final section feels anti-climactic in its tailing-off into silence, but the effect may well be deliberate given this is only the first of what promises to be an extended series. Certainly the performance, expertly directed by James Watson, conveyed the music’s starkness in full measure.

Messiaen’s Livre d’orgue (1952) set the seal on the evening. The fifth of the composer’s multi-movement organ cycles, its seven movements evince his then all-consuming interest in numerology and a highly personal application of serial elements developed out of the piano works that preceded it. Because of this, its soundworld is at once rarified and austere – far removed from the descriptive splendour of his pre-war cycles and the grandly inclusive design of those which came later. This is music is which every note needs to be precisely placed and every gesture made to count: requirements that were comfortably met by Ilia Kudryavtsev in this absorbing performance.

For all its abstraction, the cycle is no less indicative of Messiaen’s religious convictions (five of the movements are inscribed with a specifically liturgical function), making the intimate confines of St Marylebone Parish Church an ideal context in which to hear it. Kudryavtsev brought a capricious touch to the ‘Pièce en trio’ movements and was no less responsive to the ornithological concerto of ‘Chants d’oiseaux’, the seismic contrasts of ‘Les mains de l’Abîme’ or visceral energy of ‘Les yeux dans les roues’. The extreme rhythmic dexterity of the opening ‘Reprises par interversion’ was itself fulfilled in ‘Soixante-quatre durées’ – numeric rigour and the fantasy of bird-calls fusing in a heady synthesis that brings the work to a spellbinding close. Kudryavtsev saw it through as an unbroken whole: clearly the future for Messiaen’s organ music is an assured one with exponents of this calibre to perform it.