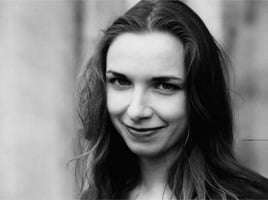 In his second contribution to the Southbank Centre’s ten-month long Messiaen festival, principal conductor designate of the Philharmonia Orchestra Esa-Pekka Salonen turned from Turangalîla (which he conducted on 7 February) to one of Messiaen’s masterpieces from the following decade, Oiseaux exotiques (1955-56). Here he was joined by festival director Pierre-Laurent Aimard’s protégé Tamara Stefanovich, placed to Salonen’s left not in the usual soloist’s position directly in front of the conductor, with the small ensemble of 18 players (horns, wind and percussion) arrayed along two sides of an oblong in front and to the right of Salonen.

One of Messiaen’s first orchestral works based on birdsong, Messiaen utilises more than just local birds – indeed the opening cry is from the mynah. Messiaen orders his disparate flock of birds in blocks, the solo piano often completely solo. Although the themes are worlds apart, it seems to me that Messiaen composed in a similar way to Bruckner and it is perhaps no surprise that both were so devout. Salonen and Stefanovich marshalled a brittle, wholly convincing performance of a work that is more formalised than the otherwise equally exotic Turangalîla.

Oiseaux exotiques ends with a series of tutti chords, rammed out hard, reminding me of the eleven musical pelvic thrusts (well, that’s how Seiji Ozawa used to conduct it) from the second part of The Rite of Spring, here following Oiseaux exotiques. I had heard – and seen – The Rite of Spring only the previous weekend, with the Royal Ballet reviving Kenneth Macmillan’s vibrant, ethnic choreography, which still catches the eye nearly 50 years on (it was first seen in 1962, with current Royal Ballet director Monica Mason as the chosen one). Intriguingly, the performance, under Royal Ballet music director Barry Wordsworth, was listed as lasting 36 minutes – three minutes longer than most concert performances, as Salonen proved in his typically polished performance. 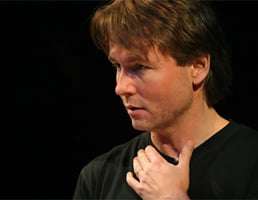 I never seem to tire of The Rite of Spring and the Philharmonia Orchestra is so at home in its idiom that this was a performance in which one could revel. Salonen has recorded it twice (the first with the Philharmonia and more recently with the Los Angeles Philharmonic) and this London performance was the third of six (Parma, Cardiff, RFH, Palermo, Luxembourg and Bari). It is music in these musicians’ collective and the performance didn’t disappoint, with Salonen careful with the building of climaxes and keeping the opening, particularly, under tight control.

Perhaps the most interesting piece was André Jolivet’s Cinq danses rituelles. The orchestral version of the work – not completed until 1941, having originally been written for piano in 1938 and 1939 – was only premièred after the liberation of Paris in 1944, with André Clutyens conducting.

There can be no doubting that this Second World War work was heavily influenced by The Rite of Spring, but given its set of five dances tracing a life – puberty, heroism, nuptials, abduction and funeral – it has resonance with the likes of Strauss’s Ein Heldenleben, Rachmaninov’s Symphonic Dances), Prokofiev’s Lieutenant Kijé and Scythian Suite), Ravel’s Daphnis et Chloé), Koechlin and even Jon Leifs (in Jolivet’s use of chains in the determinedly dogged heroism of the second and the more winsome third dance). With its haunting alto flute solo to start and its distinctive oboe duet in the third movement there are, by turns, a haunting quality and rhythmic density to the music. Intriguingly Jolivet dispenses with timpani – though I have to confess I only noticed when I spied Andrew Smith on the celesta and not behind his drums!

Salonen conducted as if he had known the score all his life and I would happily hear it again – as I have subsequently done on Jolivet’s own Erato recording from 1969, and it’s a shame BBC Radio 3 wasn’t on hand to broadcast either Turangalîla or this concert (which Roger Wright was at).