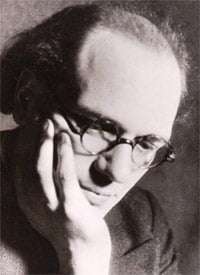 As part of the Southbank Centre’s year-long Messiaen Festival, the Royal Academy of Music is hosting a series of enterprising concerts, workshops and lectures. This recital drew a small but dedicated audience for Messiaen paired with his pupil Tristan Murail, Martin Suckling, a former student of George Benjamin at the Royal Academy, so a Messiaen grand-pupil (if you will), and two Messiaen pupils from an earlier generation, Stockhausen and Xenakis.

Messiaen’s Un Vitrail et des oiseaux (A stained glass window and birds) sums up two of his key preoccupations, birdsong and light, in this case light transformed through a stained-glass window. Written for piano and an ensemble of woodwinds (four each of flute, oboe, clarinet and bassoon), trumpet and percussion, and organised in six sections.

The opening gesture from xylophones is incisively rhythmic, the woodwinds responding with block chords, a process repeated until the piano’s cadenzas that elaborate birdsong, here taken by Wu Qian with confident dexterity, to which the woodwinds respond further, each section closed by trumpet and percussion. As the music moves through ‘Coda’ and ‘Choral’ the final series of chords become processional. Much hard work had gone into this naturally flowing performance, as indeed for the whole evening.

Martin Suckling’s After the crash is described by the composer as a response to surviving unscathed from a serious road crash last year. His note merely describes the sensation of standing by the motorway in the immediate aftermath. After the crash is for violin, viola, cello, double bass, piccolo, flute, oboe, bass clarinet, horn, trombone and percussion (3 players), and lasts around 9 minutes. Opening on marimba, with a brief repeated phrase over which the strings set out slow-moving harmonics, a curiously disembodied sound, while the woodwinds develop overlapping waves of sound, to beguiling effect. A sudden intrusion of harsh sound, a suspended cymbal beaten, signals an eruption of rapidly snarling string glissandos and churning woodwinds ending abruptly without any dramatic gesture. A work important to its composer and worth hearing again.

Tristan Murail is closely associated with Spectralism, which he regards as an attitude towards music, an aesthetic where music is continually evolving. L’esprit des dunes, for electronics and instruments, makes explicit reference to the music of other cultures, the material deriving from extracts of Mongolian and Tibetan music, and the work is dedicated to the composer Giacinto Scelsi and the artist Salvador Dali. The electronic part is derived from recordings of ‘real’ instruments and voices, which have undergone complex electronic transformation. 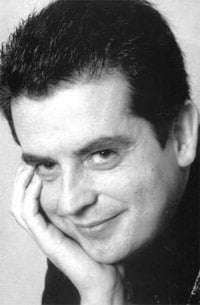 The work opens with a sinuous oboe idea, joined by flute, the electronics emerging on the very edge of audibility as a background rustle. As the work moves forward the sounds become increasingly aggressive, building sweeping phrases, still audibly related to the opening, while the electronics continue to provide the whispering backboard. The percussion, including a thunder sheet, contributes an abrasive soundworld, lacking either rhythmic interest or any notable variety of colour. The electronics become increasingly prominent, and indistinguishable from percussion, until they are eerily disembodied, merging with the circling string harmonics. The work overall is a series of episodes lacking any overall shape or direction.

Some of the audience had departed before the concert’s second half and missed Stockhausen, whose iconic reputation precedes his music like dead-weight predisposing most listeners to love or hate before they hear a note.

Kontra-punkte dates from 1952/3 and exemplifies Stockhausen’s highly structured mathematical approach. The sound-colours are organised by groups of instrument, flute-bassoon, clarinet-bass clarinet, trumpet-trombone, piano, harp, violin-cello. These groups are combined to produce further sounds and numerical relations are used to create note-values, the intention being to use different pitch and time intervals to create an entity.

Whatever the mathematical formulations are, they are not readily detectable, but the effect is disjointed, a series of sounds which might have occurred in any other order without making much, or perhaps any, difference to the totality of the work. In the slower sections, the music is quietly luminous; in the louder sections, harsh and angular. The piano part in particular is fearsome and all the players were clearly glued to the beat throughout, suggesting that the rhythmic complexities are more demanding for them than for the listener. The final bar is an unexpected moment of humour. The performance was enthusiastically cheered, but I was disengaged.

Having expected to find the Stockhausen the most uncongenial work of the evening it was actually the final one that proved to be the most viscerally unpleasant. Iannis Xenakis studied engineering in his youth before he turned to music and applied to it mathematical and structural principles he learned in that subject after he had competed studying with Messiaen in 1953, analysing music in terms of probability and various theories. Jalons was commissioned to celebrate the tenth-anniversary, in 1986, of Ensemble Intercontemporain.

There are six sections, the first characterised by sound-blocks punctuated by string glissandos, the latter becoming microscopic leading into the second section which arrives at a unison fortissimo tremolo. The third section uses dense rhythms moving in and out of phase. The sounds become gradually fragmented in the fourth section, the lowest instruments set against the highest, until the fifth begins with tiny fragments until the final section re-runs the textures of the opening.

The effect was of sound aggressively pushed to the limits of unpleasantness. The instruments were used purely as arbitrary generators, often against the instruments themselves; the cello sounded like a scalded cat and the contrabass clarinet more like a strangulated duck. The composer might just as well have produced these sounds artificially. Although the aural signposts marking the transition from one section to the next were generally detectable, there was no obvious pattern or sequence and the total impact was like an unstructured soap-box rant.

The Academy Manson Ensemble consists of students, undergraduate and post-graduate, from the Royal Academy of Music and they brought much intense virtuosity and equanimity. However the evening had a strong flavour music talking to itself.