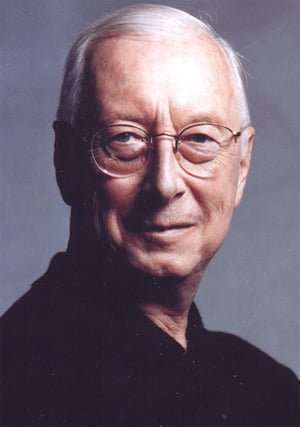 This was a concert of two halves apportioned between the composers who were perhaps the supreme masters of opera in the high Baroque, though each in their very different ways. Quite where the line might be drawn stylistically or geographically is hard to determine, since the items in this programme demonstrated that both composers transferred their genius for drama to their purely instrumental music as well, besides absorbing a variety of national characteristics. This is particularly the case with Handel, where the influences of Germanic counterpoint, Italianate vocalism and English ceremonial were all to the fore at one point or other in this selection. It is curious though that French musical culture was much less of an active source of inspiration for him, apart from the received forms of the French overture (used in nearly every one of his dramatic works) and the dance suite – both of which are exemplified in the Fireworks Music. Handel’s one substantive divertissement into that sphere is his provision of ballets for the operas of his 1734-5 season.

Stylistic contrasts were evident in this performance but not obtrusively so. William Christie drew a kaleidoscope of colours and sentiments from the Orchestra of the Age of Enlightenment in the Rameau extracts, presented as an unbroken sequence. After the fizzing Overture of Castor et Pollux, with burbling interludes from the oboes and bassoons, there followed the trio of ‘Airs pour les Athlètes’ – the first muscular, the second more sprightly, whilst in the minor-key third, the contrasting middle section in the major allowed-in a sudden flood of sunshine. Just before the clangour of the trumpet and drums in ‘Bruit de Guerre’ was silenced, it was striking that in this, of all the movements, though Rameau could not have known it, a very brief motif anticipated a snatch of the Marseillaise. There was a palpable draining away of colour – indeed of life – in the drooping, grey shades of the ‘Gravement’ before Sandrine Piau’s grief-stricken but noble reading of ‘Tristes apprêts, pâles flambeaux’, Télaïre’s lament on Castor’s death. Flutes put in their first appearance in the gracious ‘Menuet’, creating an airy timbre that seemed to defy gravity. 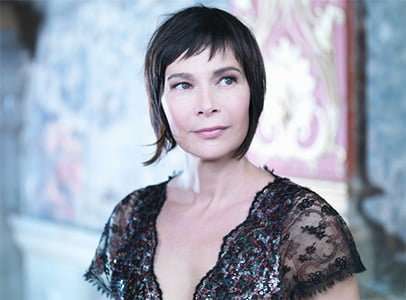 There was a contrast in Piau’s tone between her sparkling, but comparatively innocent, characterisation of Cupid’s aria from Anacréon, and the more sustained and seductive quality found in ‘Je vole, amour’. Particularly in the latter, her singing issued forth with the invisible ease of a fragrance, where there were no breaks between notes, even though she managed to avoid any ungainly glissando. Such tonal elegance balanced well with the flutes and realised delightfully the teasing appoggiaturas of the cadences. In the Dardanus extracts, the ‘Tambourins’ could have been more boisterous, but a consistent sense of expectation was maintained in the concluding ‘Chaconne’ by the OAE’s proceeding through sections alternately by means of surprise and repose.

The style of performance in the Handel items was more direct, less rarefied. The G minor Concerto grosso was crisp, even a bit dry, but not hard driven, except the concluding Allegro, whose running triplets felt like a breathless rush to the finishing line. The concertino violins in the ‘Musette’ were delectable and avoided self-indulgence. Although the Fireworks Music provided the official end of the programme, two arias from Piau beforehand, and no fewer than three as encores meant that the rest of the second half was hers. Suffice to say that a sense of occasion and stateliness in the Fireworks Music was brought about more through weight of tone – especially from the brass – rather than solemnity in interpretation, which was somewhat brisk and restless. The gentle fluttering of the flutes in ‘La Paix’ briefly reinstated the French mood of the concert’s first half.

Piau approached the Handelian numbers with a more robust voice than in those by Rameau. As such, in Cleopatra’s recitative and aria from Giulio Cesare she revealed deeper and more sincere aspects to this character than mere erotic allure. In this she was abetted by sonorous, sighing lines in the strings and a doleful bassoon threading through the texture (anticipating Ariodante’s equally moving ‘Scherza infida’, composed a decade later). After the exuberant ‘March’ from Scipione, Piau demonstrated a complete emotional contrast to Cleopatra’s anguish in ‘Scoglio d’immota fronte’. Her wondrous vocal agility enabled her to bring off Handel’s coloratura with exceptional precision and feeling, and her ornamentation of the da capo section sprang instinctively from the music itself, not from a desire to show off.

She displayed similar finesse in the musical acrobatics of the first encore, Morgana’s ‘Tornami a vagheggiar’ from Alcina. It was telling that Piau’s subtle, inward approach was as vocally ravishing as Natalie Dessay’s more extrovert and assertive manner under the same conductor in his complete recording of the opera. The moving simplicity of ‘Lascia ch’io pianga’ from Rinaldo as the second encore was an ideal vehicle for Piau’s vocalism too, and her suspensions by way of a slight embellishment on the paired notes of “lascia” and “pianga” at the beginning of the repeat were almost unbearably beautiful. If memory serves correctly in detecting a similarity between her final encore and an item on her disc “Le triomphe de l’amour”, Piau’s third bonus was the Italianate ‘Que l’éclat de la victoire’ from Antonio Sacchini’s 1783 opera Renaud. This number allowed her to demonstrate the glittering dexterity of her voice once more before an energetic reprise of ‘La Réjouissance’ from the Fireworks Music really did bring things to a close.