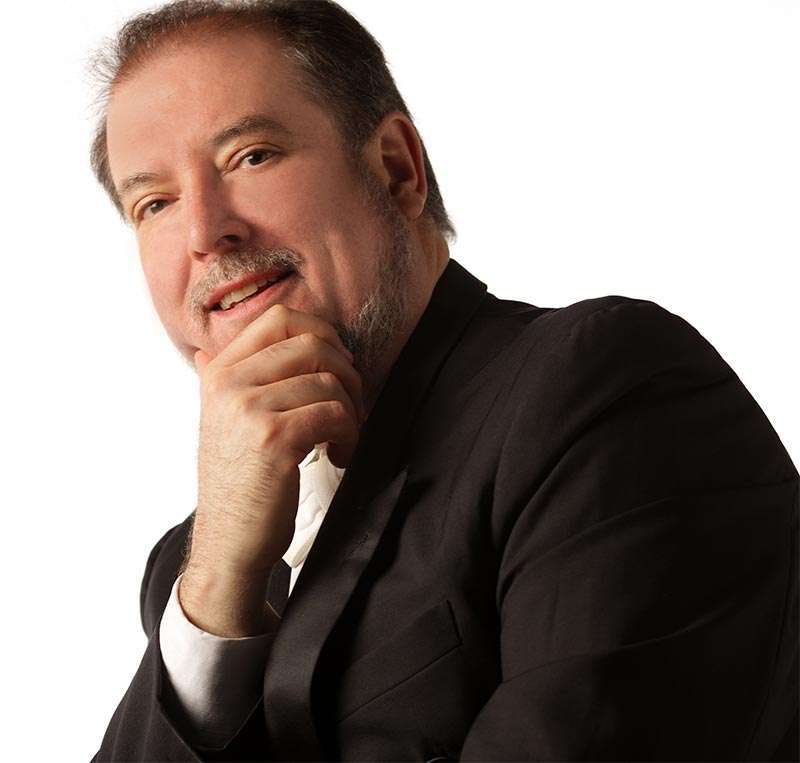 Isaac Newton may have discovered it, but nobody ever inspired his students as to the utilization of the awesome force of gravity more practically than the great Chilean pianist Claudio Arrau. The master taught the technique that allows nature to do most of the work, and Garrick Ohlsson has elevated this kinesiology to an exalted art form. He allows his prodigious bulk to settle naturally upon the keys to produce notes of high volume, never appearing to strain for a fortissimo. In this Russian program at Alice Tully Hall his playing was dramatic without ever being forced.

It was the Four Pieces (Opus 4) that launched Prokofiev’s enfant terrible image. The last of the quartet, ‘Suggestion diabolique’, is the most famous, but all four are amazing. Ohlsson presented a positively haunted reading, particularly expressive in the third section, ‘Despair’. There were a couple of extra minor seconds thrown into the mix, however, rather unusual for such a normally accurate keyboard Svengali. The Opus 2 Etudes are a little less daring but just as powerful. Here Ohlsson was virtually flawless, creating exactly the right intensity of foreboding (think of that ominous waltz just before midnight from the Cinderella ballet score) in the first of two C minor studies.

Rachmaninov’s Corelli Variations is based on the ‘La Folia’ tune which was not composed by Corelli but employed by him as the theme for his own set of variations (in the D minor Violin Sonata, Opus 5/12). Rachmaninov’s 1931 essay largely comprises twenty variations. If Rhapsody on a Theme of Paganini is his Romantic set of commentaries, then the Corelli is its Classical equivalent. Ohlsson emphasized the dignity of the piece, from the stately opening Theme, given on the magisterial side, to the measured pauses between sections. This was a reverent account, but one that still contained a few too many finger-slips to create a sense of total mastery. One might have overlooked these minor transgressions, but for an artist of Ohlsson’s caliber, these were notable miscues.

2015 marks the centennial of the death of Alexander Scriabin, and the second half of this recital was devoted to his music: precocious, egocentric, isolated, synesthetic, mystic and wildly innovative, Scriabin’s early death prevented him from having an even greater influence on composers and pianists, but his harmonic and coloristic inspirations did have far-reaching effects throughout the period surrounding World War One.

According to filmmaker Bruno Monsaingeon, Sviatoslav Richter maintained that Scriabin’s Fifth Sonata was the most difficult piece in the piano repertoire. Richter was a master of the work and also performed the Seventh Sonata on a regular basis, a piece that even Scriabin advocate Vladimir Horowitz never attempted in public. Ohlsson fearlessly presented them both. His ability to enunciate such a difficult harmonic language with considerable fluency was exceptional. In these ambuscades of notes there were virtually no mistakes and, although listening to this incredible music was foremost in our collective minds, there was the added astonishment of watching Ohlsson as he sat almost casually at the piano, never seeming to exert himself even a little.

Both Sonatas end irresolutely and shockingly, yet quietly, dramatic. The technical difficulties are prodigious, the poetic statement profound. The final run from low to high notes in the Fifth Sonata literally pulled Ohlsson off of his piano bench, so that he ended this magnificently entertaining evening already on his feet ready to take his first, well-deserved bow – the same maneuver he executed in his 2003 recital at Avery Fisher Hall which concluded with this Sonata.

Of the short pieces, the Debussy-inspired ‘Désir’ was lovingly played, as was ‘Fragilité’. Scriabin and Rachmaninov had the same piano teacher, Nikolai Zveref, and this was evident in the B flat minor Etude. As encores, Ohlsson favored us with Scriabin’s most famous melody, written at age fifteen, the Etude in C sharp minor (Opus 2/1) and then the Etude in F sharp (Opus 42/3), which, in Horowitz’s version, lasts less than a minute.