Haydn
The Creation – Oratorio in three parts to a text compiled from the Book of Genesis, the Psalms, and John Milton’s Paradise Lost [sung in English]

Dancers of Rambert and Rambert School of Ballet and Contemporary Dance 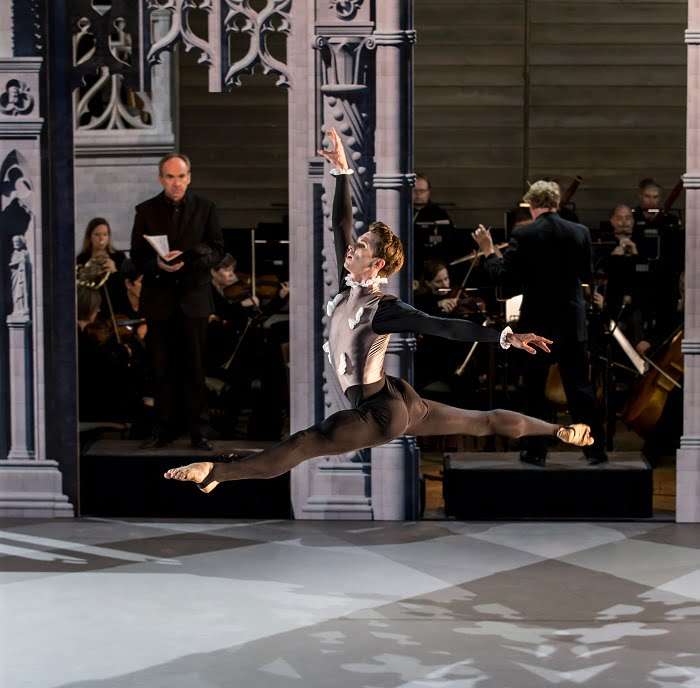 Given the increasing desire on the part of directors and choreographers to cast their net more widely and dramatise musical works beyond the specific repertory, in principle there is no good reason not to deal with Haydn’s great Oratorio on the origins of the cosmos. But Mark Baldwin’s attempt to bring this to life through dance is, at best, inconsistent, if not positively hare-brained.

Taken on its own terms, the choreography as realised by the dancers of Rambert is very elegant and it is unfair to fault them for directorial whims. Baldwin explains that he does not seek to be too literal in his production, but even allowing for that, there is very little clear correlation between his choreography and the dramatic possibilities presented by Haydn’s setting. The text’s reference to various animals, the morning, dawn, moon, and various geological aspects of the created order need not elicit exact representations, but surely they can be rendered through some abstract means and still appeal to the emotions and imagination. Baldwin tends to avoid bringing together the dancers into any sort of ensemble so as to advance the uplifting and lofty sentiments expressed by Haydn’s grand choral writing or exploit the climactic moments of the score’s structure. In ‘Awake the harp, the lyre awake’ the groups of younger dancers from the Rambert School were well co-ordinated but not manifesting the praise and jubilation exhorted by the words.

At other times, Baldwin’s sequence works actively against the score but not to any clear or suggestive purpose. There was a lot of distracting movement during the quiet, mysterious section before the first act of creation with the appearance of light, and again during the morning interlude at the beginning of Part Three. It was also odd that the most explicitly erotic sequence between a pair of dancers – and as always, sensitively executed – occurred in the trio near the end of Part Two as Raphael notes that humankind’s welfare depends on God’s favour and death ensues should this be withdrawn. 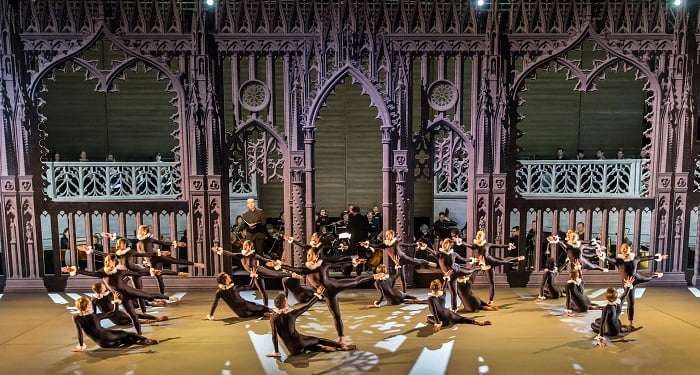 It could be argued that, in line with the Oratorio’s celebration of mankind as standing at the apex of creation, in a general sense the choreography celebrates the wonderful physical piece of work that is the human body – as all ballet does in a more or less direct way. But that idea alone is not enough to be sustained over the two hours of Haydn’s composition, and it still begs the question why any set of actions was chosen for any given moment rather than another. Whatever motivated Baldwin, it rarely seems to be direct engagement with the music, and it was telling that dancing continues during the recitatives, which do not imply any sort of rhythm). The costumes have been chosen with some astuteness – half of the adult troupe of dancers were in grey-purple, the other half in black, resulting in two clearly delineated groups, not antagonistically opposed but often combining together, though perhaps it is not fanciful to suppose that the use of black looks ahead to the subsequent episode in Christian mythology of creation as the fallen angels do battle against the good. 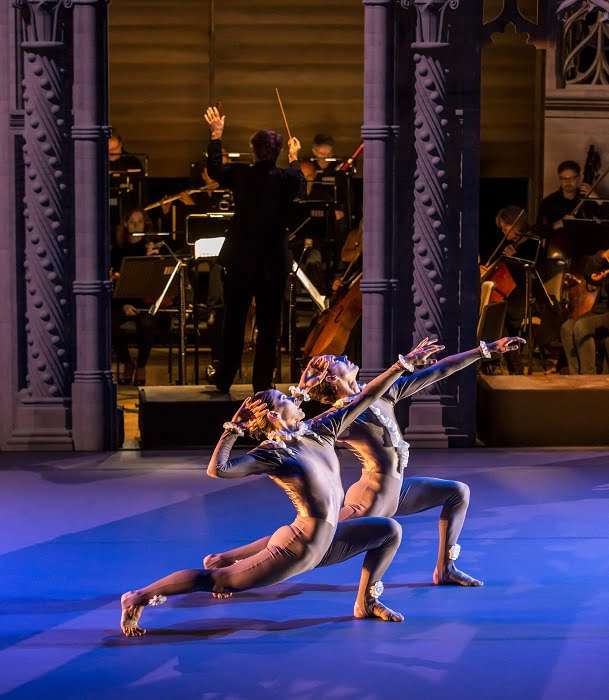 The orchestra and chorus are separated from the stage by a long screen, like that in a medieval cathedral, though its soft pastel colours, trompe-l’œil effects, and almost frivolous decoration make it appear more like a Strawberry Hill Gothick conceit. As it is the vocal soloists, who largely anchor this work, are appropriately framed by the central arches in this screen. Douglas Boyd’s conducting was sometimes impulsive and curt but it settled down into a more seamless sweep in Part Three, and interestingly also worked much better with the dancing there which also gained more confidence and logic, for example the dancers gradually pairing off during Adam and Eve’s duet. The sound from the orchestra was sometimes thin, and more gradation of light and shade would have been welcome, but during the choruses the playing exuded sufficient vigour and alacrity.

As Raphael, Neal Davies assumed what is effectively the role of the narrator with an alert and commanding account, notably less theatrical and wayward than in his performance last year at the City of London Festival, but of course he was not contending with the acoustic of St Paul’s Cathedral on this new occasion. Beside his Raphael, and Adam later on, Sarah Tynan provided a delightful contrast as Gabriel and Eve, with her bright, crisp singing – sometimes her voice was a little small for the majesty of some of the music, but clarity was a notable strength. James Gilchrist was a personable Uriel, providing warmth and levity.

On the musical level, then, this was mostly rewarding. Seen in isolation, so also was Rambert’s execution of the choreography, but the latter calls for integration with a more suitable narrative, and regrettably too often feels like a distraction from the potency of Haydn’s vision rather than complementing it.