Skip to content
LnRiLWNvbnRhaW5lcltkYXRhLXRvb2xzZXQtYmxvY2tzLWNvbnRhaW5lcj0iNmIzNDMzNmNmZTc3NWZiNGJlMTVjMmIwMzU3NWM1MjYiXSB7IHBhZGRpbmc6IDI1cHg7Ym94LXNoYWRvdzogNXB4IDVweCAxMHB4IDAgcmdiYSggMCwgMCwgMCwgMC41ICk7Ym9yZGVyOiAycHggZG90dGVkIHJnYmEoIDEwOSwgMTA4LCAxMDgsIDEgKTsgfSAudGItZmllbGRbZGF0YS10b29sc2V0LWJsb2Nrcy1maWVsZD0iODM3Y2ExZjc0MGRjZDdkOTdlMzQzOWMyYjIwMWZmZTMiXSB7IGJhY2tncm91bmQtY29sb3I6IHJnYmEoIDIzOCwgMjM4LCAyMzgsIDEgKTtwYWRkaW5nLXRvcDogMTBweDtwYWRkaW5nLWJvdHRvbTogMTBweDtwYWRkaW5nLWxlZnQ6IDEwcHg7IH0g
LnRiLWNvbnRhaW5lcltkYXRhLXRvb2xzZXQtYmxvY2tzLWNvbnRhaW5lcj0iNmIzNDMzNmNmZTc3NWZiNGJlMTVjMmIwMzU3NWM1MjYiXSB7IHBhZGRpbmc6IDI1cHg7Ym94LXNoYWRvdzogNXB4IDVweCAxMHB4IDAgcmdiYSggMCwgMCwgMCwgMC41ICk7Ym9yZGVyOiAycHggZG90dGVkIHJnYmEoIDEwOSwgMTA4LCAxMDgsIDEgKTsgfSAudGItZmllbGRbZGF0YS10b29sc2V0LWJsb2Nrcy1maWVsZD0iODM3Y2ExZjc0MGRjZDdkOTdlMzQzOWMyYjIwMWZmZTMiXSB7IGJhY2tncm91bmQtY29sb3I6IHJnYmEoIDIzOCwgMjM4LCAyMzgsIDEgKTtwYWRkaW5nLXRvcDogMTBweDtwYWRkaW5nLWJvdHRvbTogMTBweDtwYWRkaW5nLWxlZnQ6IDEwcHg7IH0g
Strauss
Intermezzo – opera in two Acts to a libretto by the composer [sung in an English translation by Andrew Porter, with English surtitles]
LnRiLWNvbnRhaW5lcltkYXRhLXRvb2xzZXQtYmxvY2tzLWNvbnRhaW5lcj0iNmIzNDMzNmNmZTc3NWZiNGJlMTVjMmIwMzU3NWM1MjYiXSB7IHBhZGRpbmc6IDI1cHg7Ym94LXNoYWRvdzogNXB4IDVweCAxMHB4IDAgcmdiYSggMCwgMCwgMCwgMC41ICk7Ym9yZGVyOiAycHggZG90dGVkIHJnYmEoIDEwOSwgMTA4LCAxMDgsIDEgKTsgfSAudGItZmllbGRbZGF0YS10b29sc2V0LWJsb2Nrcy1maWVsZD0iODM3Y2ExZjc0MGRjZDdkOTdlMzQzOWMyYjIwMWZmZTMiXSB7IGJhY2tncm91bmQtY29sb3I6IHJnYmEoIDIzOCwgMjM4LCAyMzgsIDEgKTtwYWRkaW5nLXRvcDogMTBweDtwYWRkaW5nLWJvdHRvbTogMTBweDtwYWRkaW5nLWxlZnQ6IDEwcHg7IH0g 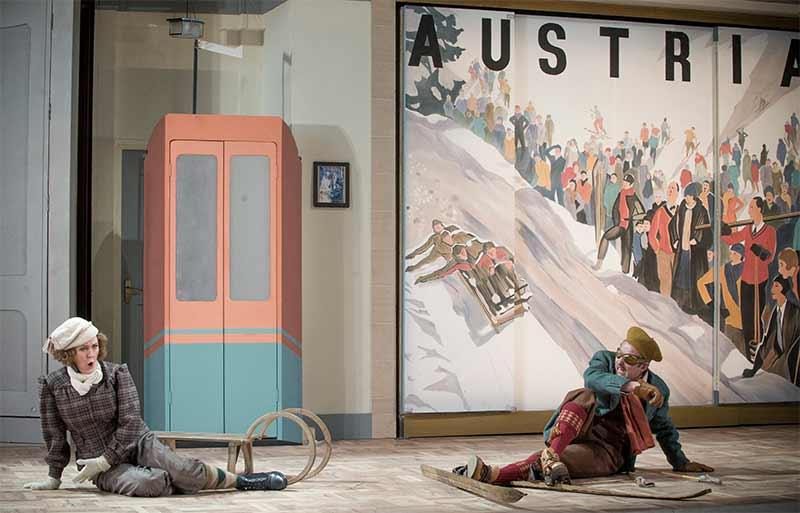 Richard Strauss has done well by Garsington – the composer was a particular favourite of founder Leonard Ingrams – and this new staging of Intermezzo (the company’s second) continues the tradition. Strauss described it as “a bourgeois comedy with orchestral interludes”. It’s the most revealing of his autobiographical works, based on his wife Pauline’s mistaken conviction that her husband was having an affair, and, in her notoriously volatile way, demanding a divorce.

Despite Intermezzo being revered as one of his greatest operas, many Strauss lovers lose patience with its glorification of marital strife and resolution, its cosy domesticity, its positive portrait of the husband and a positively negative one of his wife – although it’s not hard to identify with all the egotistical machinations running riot on the stage. It’s a great summer-festival opera, though, even if you do feel herded towards its glowing conclusion, and it also usefully has number of small but vital vignettes for younger singers. 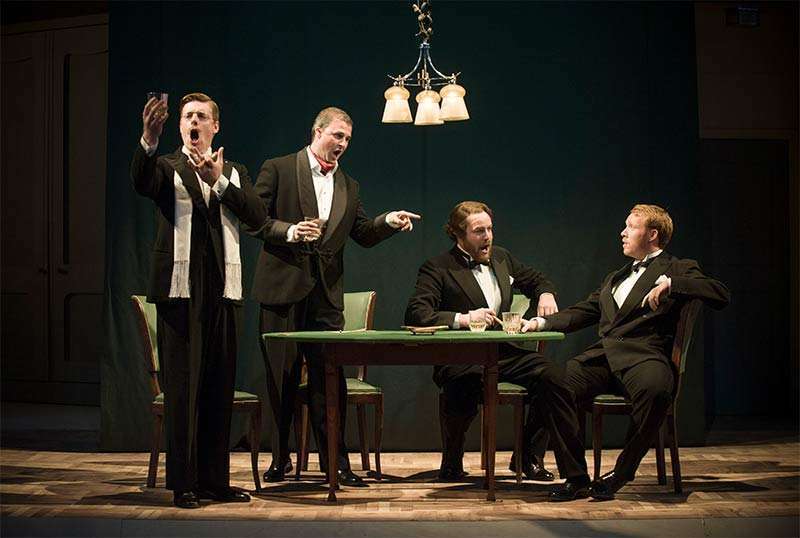 As Christine Storch/Pauline Strauss (around whom everything revolves), the American soprano Mary Dunleavy has an excellent line in fiery temperament, manipulation, snobbery and imperiousness, with a light-sounding voice of considerable power, although I was never hit hard by suggestions of pain and puzzlement over the alleged infidelity, that there loomed suddenly the possibility of marital catastrophe. If Strauss’s “bourgeois comedy” strayed a bit close to bourgeois farce, this was largely because her mercurial histrionics didn’t connect all the time with the opera’s underlying seriousness, to the detriment of the more reflective passages. She certainly has the comic skills for the wonderful scene in which she circumlocutes her way round her admirer Baron Lummer’s less-than-honourable motives.

Mark Stone was excellent as Strauss as Robert Storch. Clearly referencing Strauss’s aloofness, Stone, with his debonair looks and solid, beautifully coloured baritone, took Storch’s exasperation and tenderness in his stride, and his relief when he finds out how things had gone so wrong really hit home. He brought the whole dynamic of the piece into focus.

Sam Furness, as the dashing Baron Lummer with whom Christine is supposed to be entangled, delivered a wonderfully detailed portrait of caddish, wheedling opportunism, and Ailish Tynan gave a winning performance as the Storchs’ much put-upon maid, Anna. As the son Franzl, Louis Hynes made brief but exceptional sketch of the boy’s misery at the thought of his parents’ divorce. The smaller roles of Storch’s card-playing cronies, the lawyer and his wife, the cook, other maids (the Storch household was quite something, with all the staff) and a small group of dancers were all strongly played.

Bruno Ravella’s direction is admirably supportive and restrained, and let all the significant moments make their mark. Giles Cadle’s inventive set and his costumes – late-1920s/early-1930s – are just as effective. The Storchs’ luxurious villa with its Alpine views was opened out like a giant doll’s house and adapted easily to a toboggan run (where Christine is knocked down by the sporty Baron), a mountain inn (for a jolly lederhosen dance scene), a Viennese coffee-house and a lawyer’s office – the one element that remained fixed throughout was the other focus of attention, the marital bed. The staging is a delight and easily keeps in step with the thirteen quick-fire scenes.

Jac van Steen has a keen ear for matching the playing to the flow of conversational recitative – it would have been unthinkable for Intermezzo not to have been sung in English – cut with sudden swoons of lyricism, and he guided the emotional temperature of the interludes with a clear idea of their crucial importance.