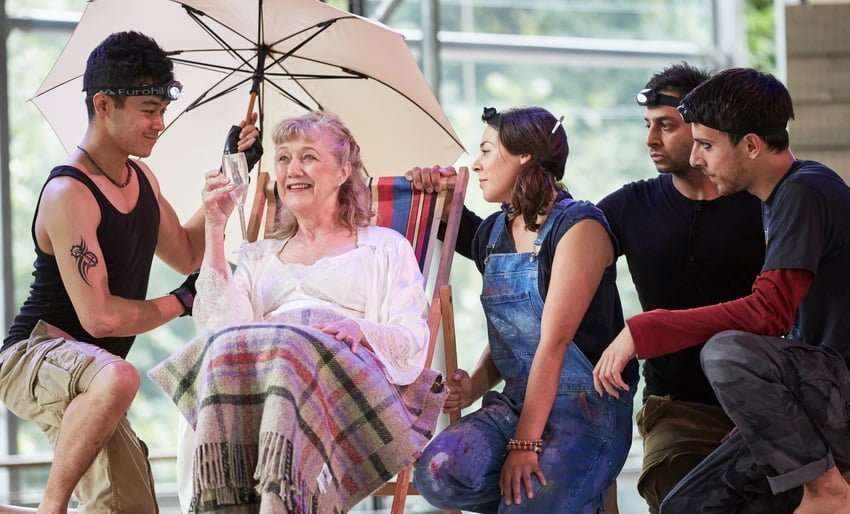 Despite his love for the Bard’s writings, Mendelssohn never wrote a Shakespearean opera. The closest he came was in 1842, a few years before his untimely death, when he was commissioned by King Frederick William IV of Prussia to write incidental music for a staging of A Midsummer Night’s Dream. To the music writ for the first performance in Potsdam the following year, Mendelssohn added the Overture (Opus 21) from his teenage years, though it was not originally intended for any theatrical production, although there are programmatic elements, and written after Mendelssohn read a German translation of the play. The later music draws upon motifs first heard in the Overture, developing them and adding a female chorus.

From the start this Garsington presentation was clearly to be music-led. The orchestra, including Mendelssohn’s requested ophicleide (normally a tuba these days), was positioned in the centre of the stage with little in the way of sets, apart from raised areas to the sides and behind the orchestra. A single chair – that would not look out of place in a classroom – was transferred from the back of the stage to the front and then back again, as needed – sometimes put down gently, sometimes with a crash. A large full moon hung in the centre. 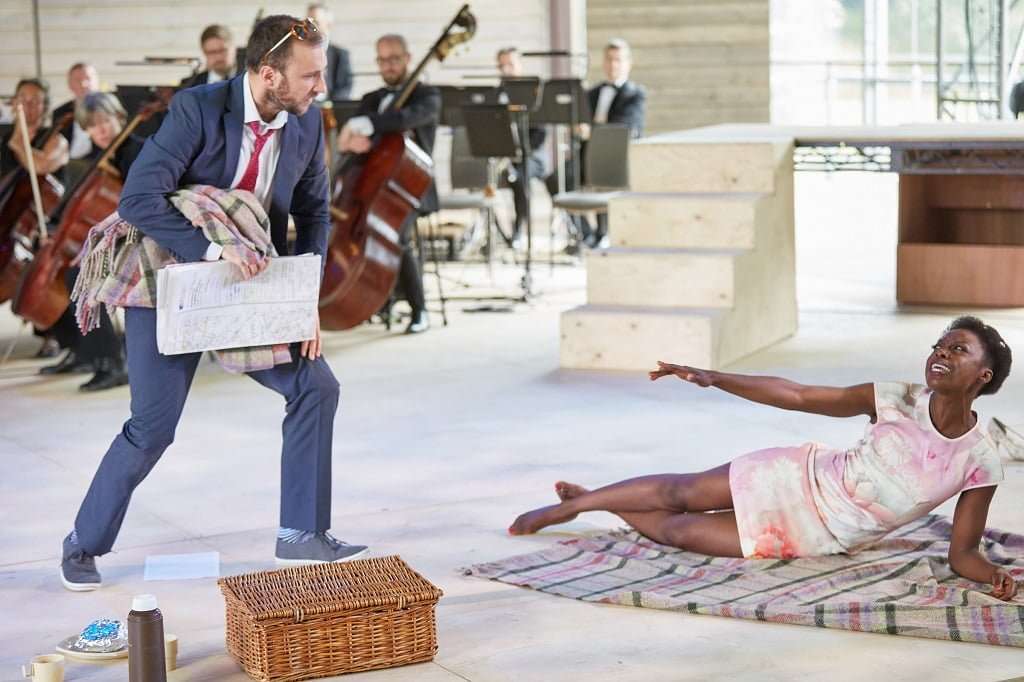 For all the lack of lustre that this staging offered, the clear, bell-like tones of the woodwind players and a sprightly staccato in the strings set a musical standard in the opening bars that was to be maintained. Splashes of ‘period’-instrument colour were present as a reminder that Douglas Boyd had Nikolaus Harnoncourt as one of his mentors.

As a production of one of Shakespeare’s best-known comedies, it comes off rather badly, severely truncated to two hours, including Mendelssohn’s music. Some of the dialogue is switched between characters and is just enough to tell the story. I wonder how the RSC audience will react when the production reaches Stratford-upon-Avon?

Putting aside the slight staging and trimmed text, as an entertainment in its own right it worked remarkably well. The music dovetails effectively with the action and David Rintoul, as both Theseus and Oberon, gives commanding portrayals. Marty Cruickshank (Hippolyta and Titania) is a force equal to her husband and while, as an actress, older than the character is usually played, her performance is convincing and weighty. Titania’s quarrel with Oberon seemed more spiteful and charged and a perfect contrast to the “Mechanicals” who brought the comedy to life.

In 1843 Mendelssohn’s musical numbers would have been given with the curtain down. However here director Owen Horsley gives the actors roles – Overture: hubbub in anticipation of the wedding; Scherzo: Demetrius chasing Helena, for example, requiring much running and jumping, noisy actions that were a distraction to the music.

Wearing cycle lights on their heads, the chorus of ladies was, like the orchestra, at their peak, every word clearly heard, yet limited to only two occasions (‘Ye Spotted Snakes’ and ‘Through this house give glimmering light’), lamentable given Mendelssohn wrote other vocal numbers.

A well-measured ‘Wedding March’, followed by fanfare, a funeral march and a ‘Bergomask’ dance (using the braying theme from the Overture) fills the final half-hour with music. The most comedic turn also appears late in the day as the six “Rude Mechanicals”, who have had insufficient time to rehearse, put on a terrible show, enough to make us all, cast and spectators, shriek with laughter.

The final, and most famous, speech – “If we shadows have offended” – flawlessly accompanied by the four chords heard at the beginning of the Overture, brought the evening to a musically full-circle and perfect close.