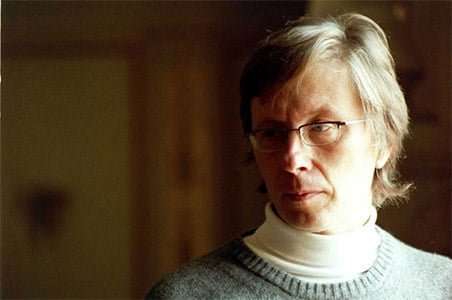 Perhaps the most surprising factor about in vain is that it has taken so long to reach the UK (but then again…), as what can be considered Georg Friedrich Haas’s breakthrough piece has been roundly acclaimed in Western Europe over the 13 years since its appearance. A measure of that acclaim can be adduced from the programme note for this performance by the London Sinfonietta being the transcript of an address by Simon Rattle, before directing the work with the Orchester Akademie of the Berliner Philharmoniker in January this year, in which in vain is described ‘‘… one of the only already (sic) masterpieces of the 21st century.’’ Praise indeed for music by a composer still to emerge from out of his cult status.

Born in 1953, Haas is one of a significant number of recent Austrian composers – though, unlike several of his relative contemporaries (notably Olga Neuwirth) he is not a Viennese figure; having spent his formative years on the Austrian-Swiss border and received his early training in Graz. Whether or not that makes him at all an outsider (as, for instance, was Bruckner), it has likely given him a more distanced perspective on post-war developments in terms of his stark and unequivocal aesthetic. That said, his output is demonstrably in what might be termed the ‘alternative mainstream’ that, slowly but surely, has come to the fore in progressive European music since the demise of the Darmstadt avant-garde.

The most immediately striking aspect (and, inevitably, its biggest talking-point) of in vain is that almost a third of this hour-long score is performed in darkness – to the extent that even the exit signs in the Queen Elizabeth Hall had been all but blacked out for this performance – with the proceedings being lit by a main overhead light that gradually fades out after around 10 minutes, only to return several minutes on and for this process to be repeated later in the performance. The extent to which this places a premium on the musicians’ powers of memory cannot be denied, though it is notable that as these passages tend to predicate harmonic subtlety over rhythmic intricacy, it seems equally certain the composer has gauged the evolution of his work with this in mind. Whether its climactic stages, in which lighting was lowered than restored at several-second intervals, is ‘written in’ to the score or rather a means of enabling the players to keep track of their parts over what was audibly more complex writing is unclear – though the process did verge on the distracting. 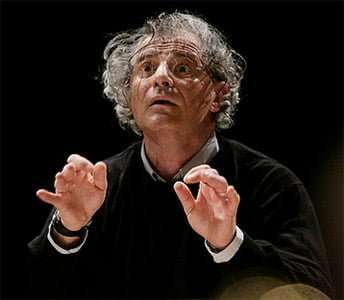 In terms of its formal and expressive trajectory, in vain very much concerns the long-term accumulation then release of momentum: to which the Ligeti of Melodien and the Nøgård of Voyage into the Golden Screen – or at least that seminal work’s first part – are its twin antecedents; the former in the varied and often uninhibited flow of melodic lines, and the latter in the interplay between just intonation and equal temperament such as gives much of this music its tonal fluidity and overall cohesion. Various other eras are invoked over its course (a span of sonorous writing for horns and trombones ineluctably brings to mind Wagner’s Das Rheingold), though taken overall this is a work in which the intrinsic whole is more than the sum of its constituent parts. No less notable is the degree to which Haas subverts musical tension so that, in line with M. C. Escher’s staircase which is an acknowledged inspiration, a distinction between progress and return is all but absent. The ending, while not as unexpected as Rattle suggests, is yet in keeping with the eschewal of any ultimate goal.

The performance seemed exemplary in every respect – Emilio Pomàrico (replacing an indisposed André de Ridder, as he did at the UK premiere in Huddersfield last month) a characterful though reassuring presence throughout a piece that, if lasting for 58 rather than the suggested 70 minutes (the Kairos recording by Klangforum Wien and Sylvain Cambreling comes in at 63 minutes), is a testing challenge to which the London Sinfonietta was more than equal. An almost capacity audience responded enthusiastically, reinforcing the sense that Haas may not have broken fresh ground in this piece as fashioned its components into what might well prove to be a viable lingua franca for the first half of the present century.