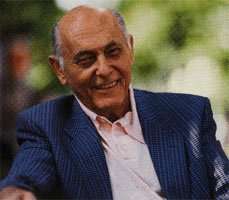 The Georg Solti Accademia di Bel Canto is a noble enterprise, formed by Valerie Solti in the name of her late husband to further the careers of young singers by providing a teaching platform as well as a bridge between life as a student and the life of a musician with a responsibility to the public. It cannot be denied that Solti was hardly renowned for his work as a conductor of bel canto repertoire. His love of Mozart, and his mastery of that composer’s operas did not extend to an interest in the true bel cantisti (Rossini, Bellini and Donizetti) and his enthusiasm for the operas of Verdi was as a dramatist rather than as a conduit for singers pursuing the worst aspects of bel canto – namely the anti-theatrical concern for line with little care for the sentiments and feelings being communicated. It is all too easily forgotten that Bellini, in particular, was obsessed with the drama of his stage-works, and the need to attend to the words and their dramatic weight remained a defining pre-occupation of his work as a composer.

This concert reflected another very separate enthusiasm of Solti’s – his humanitarianism, something to which Lady Solti referred in her brief opening speech. His own experience of life as the subject of empires, Fascism, Communism and, ultimately, hard-won democracy instilled in him a devotion to the ideals of a world in which divisions might be eroded, not least by the ubiquity of music.

In the Wigmore Hall, therefore, were representatives from China, Lithuania, Mexico, South Korea, South Africa, Finland, Sweden, Japan, New Zealand and, even, the United Kingdom. It was an eclectic gathering, even if the programme was not, which fused a smattering of bel canto operatic standards with some Italian song.

The evening began disappointingly. Matilda Paulsson’s performance of ‘Se Romeo t’uccise un figlio’ from Bellini’s “I Capuletti e i Montecchi” was harsh and heavy; the characteristics of bel canto were less in evidence than were volume and effort, neither of which are of any particularly value in this music.

The same problem infected the performance by Mihoko Kinoshita of ‘Un bel di vedremo’ from Puccini’s “Madama Butterfly”. Her voice is huge, and may yet prove valuable in Wagner, but the walls rattled as she threw a wholly inappropriate weight of vocal muscle into music that, whatever its sentiments, needs to confirm the character’s elemental fragility. Kinoshita is gifted, but she needs to look after her voice if she is to survive the years.

Seung Wook Seong sang Tosti’s “Ideale” and ‘O Carlo Ascolta’ from Verdi’s “Don Carlo”, and brought a very different atmosphere to the hall. His is a gentle, intelligent and thoughtfully placed baritone, although he needs to open both his mouth and throat more, so that he allows the essential, and beautiful, quality of the instrument its freedom. He was considerably more alert to the music’s introspection and musicality than was Jonas Gudmundsson, whose attention was monopolised by the physical demands of Respighi’s “Notte”. An equivalent sense of effort characterised his performance of the dexterous ‘Languire per una bella’ from “L’Italiana in Algeri”, which rattled along with little style or wit, and with high notes that forced him to his audible limit. Gudmundsson needs to relax his throat, and worry less about volume than tone; bel canto is about sound, and he has yet to make a pleasant one.

The opposite was true of Ana James. She proved herself the complete artist within a few bars of ‘Caro nome’ from “Rigoletto”, and she brought exceptional control and tenderness to this technically arduous music. On the basis of her singing here – which was easily produced, and elegantly phrased – James is a major talent; she is certainly a very fine musician, and if the Solti Academy has had anything material to do with her training and promotion it has justified its existence.

Dong Jun Wang threw himself a little too vigorously into ‘Largo al factotum’ from “Il barbiere di Siviglia”, and he needs to calm down. However, he has a fine voice, and so easy was his singing above the stave that it seemed that he might consider re-training as a tenor. There was more than a suggestion of the sort of range needed for Otello, for example; after all, while the world is littered with average baritones, it is starved of genuine dramatic tenors.

Another marked talent was the Lithuanian mezzo-soprano Jurgita Adamonyte. She was winning in Tosti’s “Ridonami la calma”, and absolutely spellbinding in the duet from “Norma”, ‘Mira, o Norma’, in which she sang Mihoko Kinoshita off the stage in matters of style. Wonderful.

Finally, Jesús León, Mathilda Paulsson, and Simon Wallfisch made a horrid mess of Rossini’s ‘Zitti, ziti, piano, piano’ from “Il barbiere…”, with some terrible overacting and poor ensemble. León has a nice top to the voice, when he manages to get there, and he needs to work on mastering the passagio; Wallfisch is a ‘comb and paper’ English tenor, and barely audible.

The evening ended with a lacklustre and largely pointless ‘Libiamo’ from “La traviata”. It was poorly rehearsed and perfunctory. James Baillieu played the piano accompaniments with patience, and allowed his singers room to relax. At this stage in their careers, that was very wise.